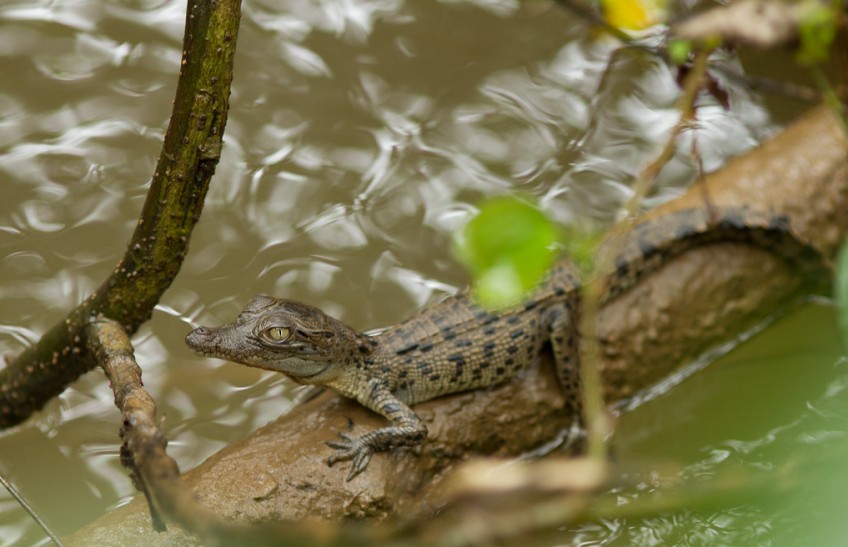 Crocodile Breeding Center in Chitwan has welcomed 224 hatchlings. They were hatched from eggs collected from the banks of Rapti and Narayani rivers.

The Chitwan-based Crocodile Breeding Center has welcomed 224 hatchlings. The reptiles were hatched from eggs collected from the banks of the Rapti and Narayani rivers.

According to assistant conservation officer at Chitwan National Park's Bed Bahadur Khadka, 336 eggs were collected from five nests in Rapti and four in Narayani River. The incubation period for crocodile eggs is 70 to 80 days. The eggs were gathered and kept at the Center, a part of Chitwan National Park, in mid-April.

Eggs in all nests in the Narayani River were damaged by the flood when they were near the incubation phase. This year the weather was not favourable for crocodile reproduction as it was raining mid-April. Sunshine is needed for hatching the eggs.

So far, the center has released 1,515 grown-up crocodiles in several rivers. Fifty reptiles were released in the Rapti River near Kasara this year. Last year the figure was 100.

The conservation efforts to protect the endangered Ghariyal species are managed by the Kasara-based breeding center established in 1978. In recent years, crocodiles are released only in the Rapti River.

Increasing river pollution has posed a challenge to conservation efforts. The Center is presently home to around 500 crocodiles: babies and adults. It is said hatching in the center has not been possible in the absence of male crocodiles. It has just one male member and its reproduction capacity is weak.

COVID -19: Only Two Per Cent In Hospital Isolation In Sudurpaschim

Parades, Close-Ups With Mickey Out As Disney World Reopens

Would-Be Travelers In Taiwan Live Out Dreams Of Flying Again