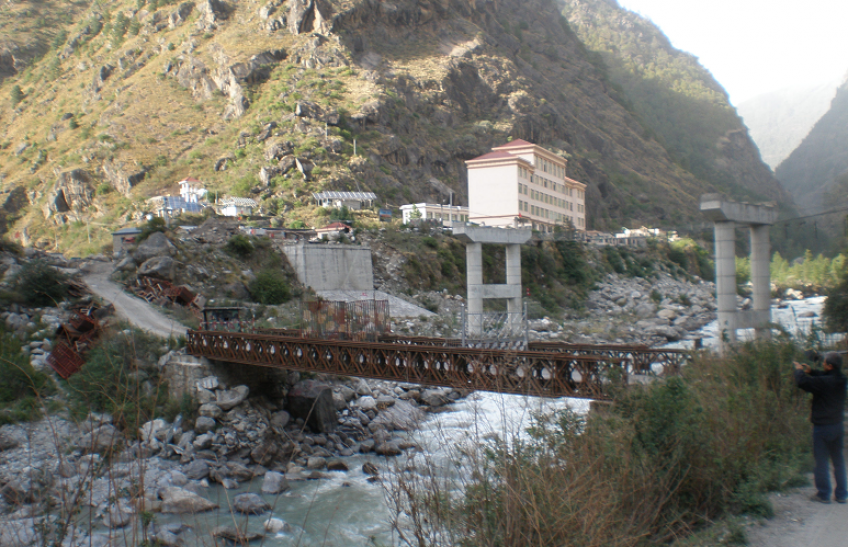 The construction of Border Out-Post (BOP) of the Armed Police Force (APF) at Mauwatar in Olangchunggola in the north bordering village in Taplejung is near completion.

The Olangchunggola borders China’s Tibet Autonomous Region (TAR). A Foundation stone for the same was laid at Fattanglung Rural Municipality-7 in the district in May last year.

The construction cost for the physical infrastructures for the BOP such as meeting hall, kitchen, and toilets besides office rooms is estimated at Rs 9.8 million and is expected to be completed within mid-October, said construction company chief Indra Kedem.

The project sees 95 percent physical progress, informed Kedem. The under-construction BOP is situated at 4,200 meters above the sea level and is 12 kilometers north of Olangchunggola village.

Tibetan territory lies 12 kilometers away from the under-construction BOP. The APF team deployed for the BOP is currently stationed at Olangchunggola. There will be a total of 50 members of APF led by an inspector, it was shared.