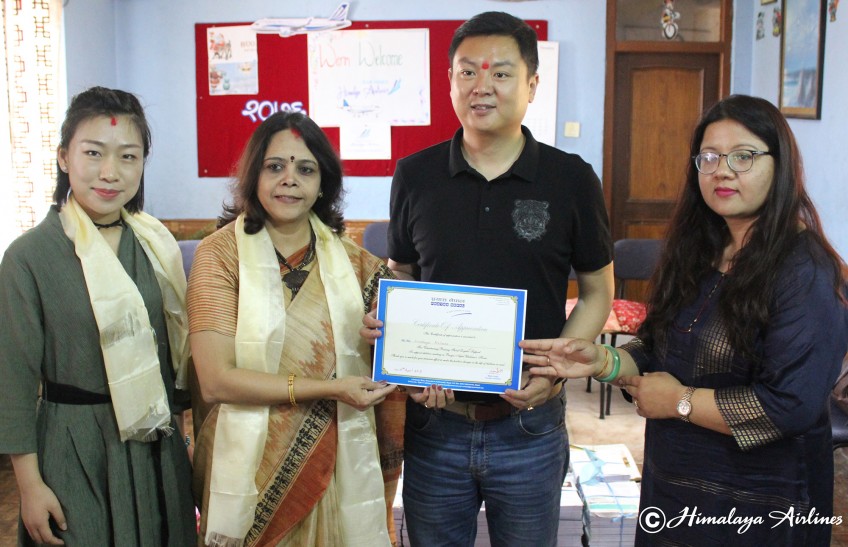 Himalaya Airlines, an international air carrier of Nepal has been strengthening its Corporate Social Responsibility(CSR) initiative for the betterment of society. On the occasion of Nepali New Year 2076, the airline has fortified its CSR ties with Prayas Nepal on April 20, with the continued support of year-long educational as well as food supplies. 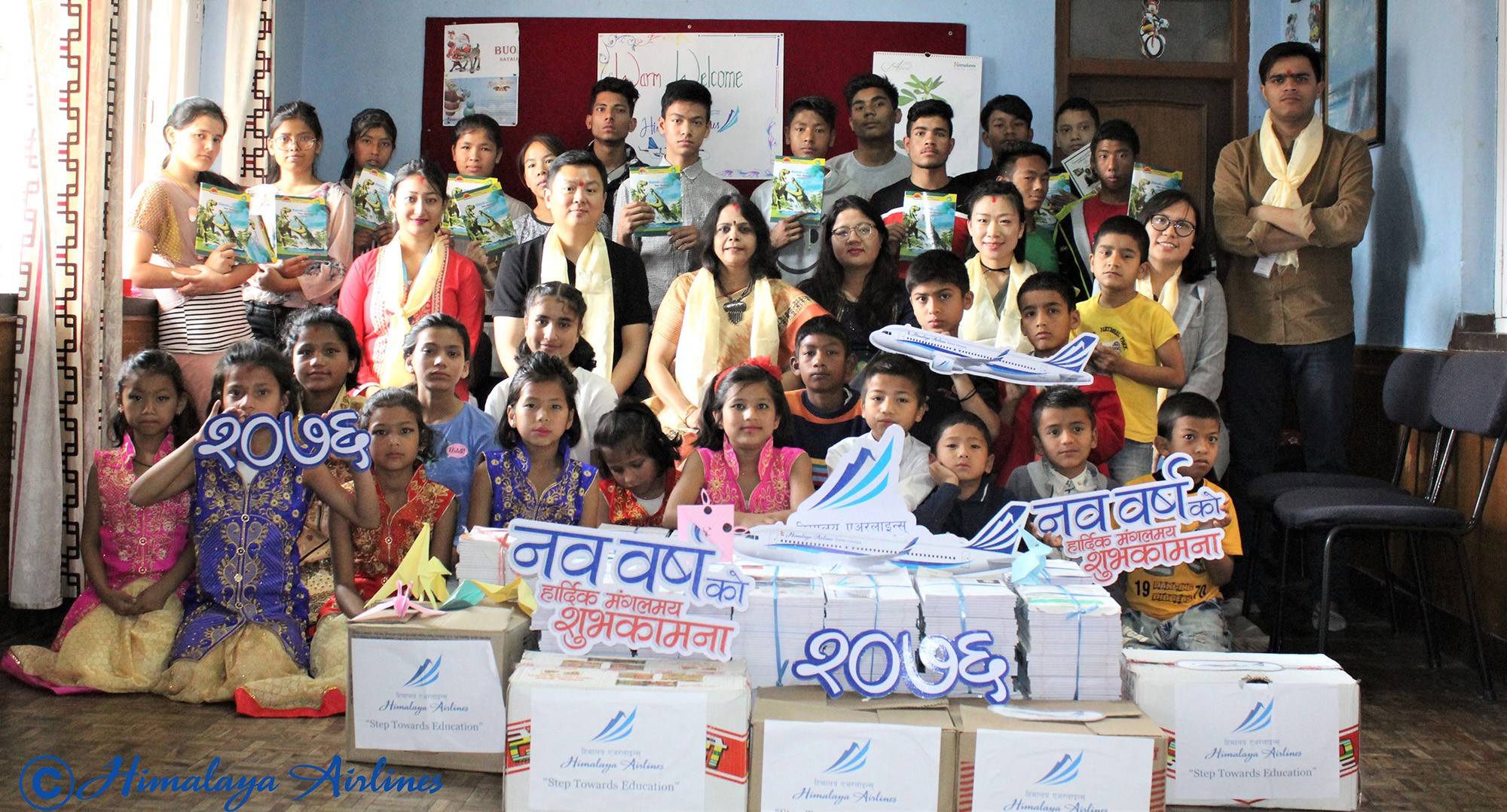 Prayas Nepal was established in 2003 with a fore thought to empower the underprivileged children through education, awareness and skilful training and is running a children’s home for orphans, abandoned and physically challenged children from different parts of Nepal since its establishment.

Sun Cheng, Deputy General Manager-Commercial; Ujjwala Dali, Head of Department–Brand and Service Improvement and other officials of Himalaya Airlines were heartily welcomed with the fun-filled performance by the students at their premises in Baluwatar. 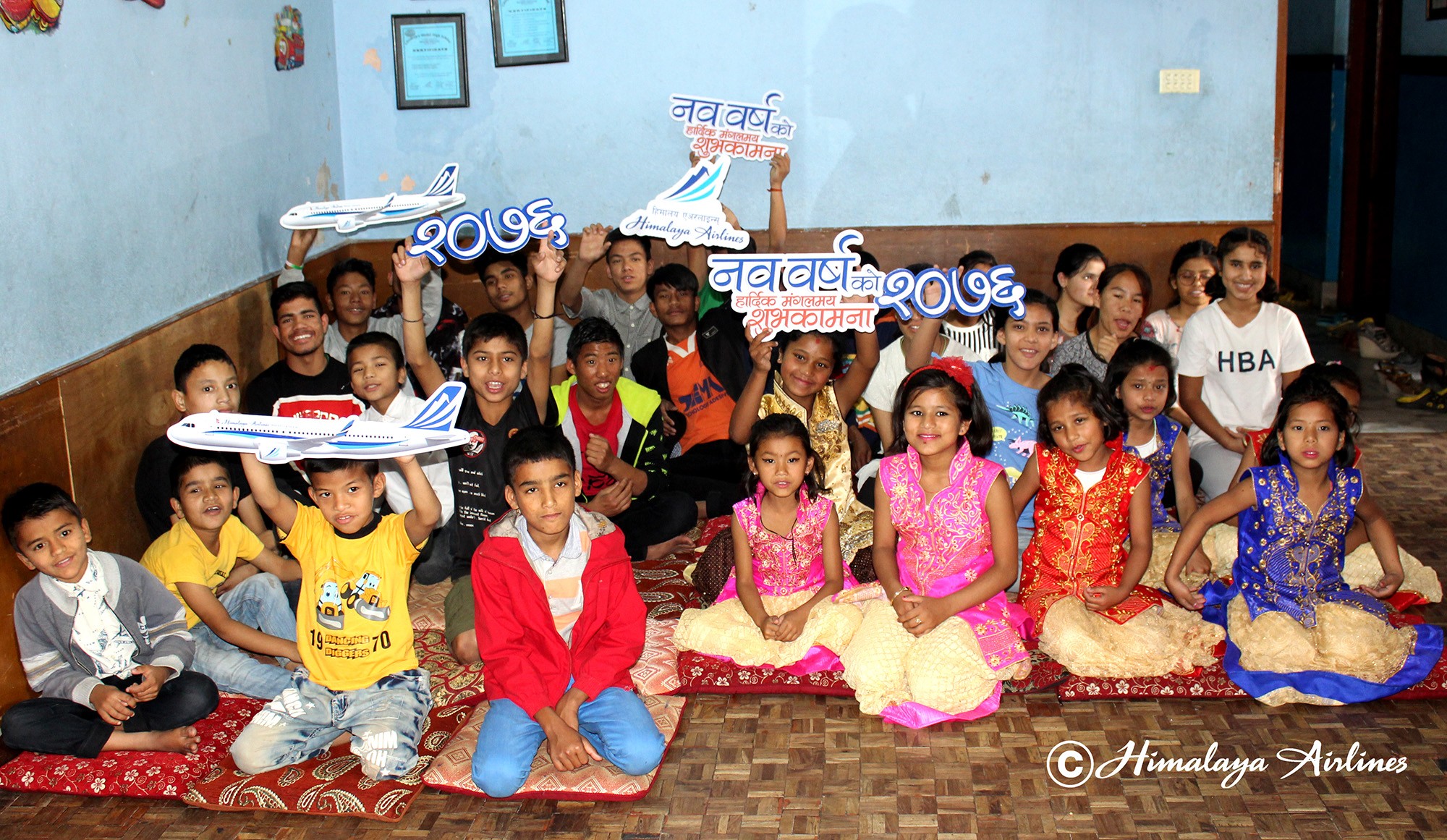 During the programme, Ujjwala Dali said, “Being socially responsible has always been the top most priority of Himalaya Airlines. Through our CSR initiatives, we would like to harness our unique position and strengths as an airline to implement the activities that support our cause of upliftment and encouragement for better education for children. Guided by our basic CSR policy, our initiatives are designed to nurture the theme of ‘bright future for the next generation’. As we value education the most; with this small effort Himalaya envisages to make a positive impact in the lives of these children and shape a bright future for them.”

Under its CSR portfolio, Himalaya Airlines has pledged to continually bring more impactful contributions for the betterment of society and its new generation. Making persistent efforts for children’s development and encouragement has been key since its commencement.