Qatar Airways sets a landmark for its all-female crew flight 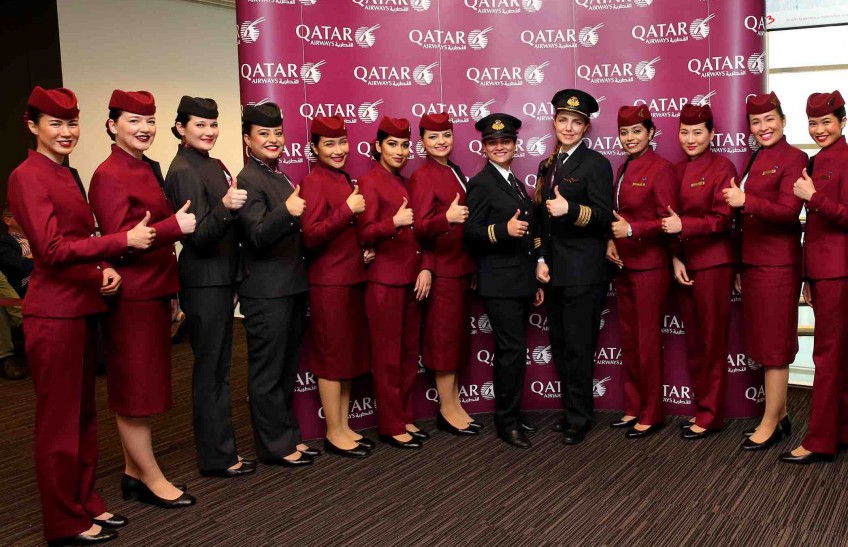 A multi-award winning airline, Qatar Airways receives yet another praise for its 100 per cent female crew occupancy

As the airline has recently made public their ten-year partnership with the IATA (International Air Transport Association), Qatar Airways along with IATA, is committed to launching the ‘IATA Diversity & Inclusion Awards’ which aims at promoting greater gender diversity in the aviation industry. The airline has been focusing on to support the initiation for the next decade, thereby encouraging women to participate, succeed and excel at different areas of the industry.

Qatar Airways Group Chief Executive, His Excellency Akbar Al Baker, said “Qatar Airways is committed to promoting gender diversity, both within our airline and the industry as a whole. Our flight from Brussels to Doha is a testament to our wider goal of ensuring that women are equally represented at Qatar Airways, and recognises that the most advanced societies include women in the higher ranks of leadership.”

Speaking about the flight, Director General Mobility and Transport at the European Commission, Henrik Hololei, said, “It is wonderful to see that Qatar Airways encourages women more to join the aviation sector and promotes this great industry among future aviation professionals.”

Having launched an array of new flight destinations, Qatar Airlines currently operates a fleet of more than 230 aircrafts via Hamad International Airport(HIA) to more than 160 destinations worldwide.