More birds arrive in Nepal for incubation this summer 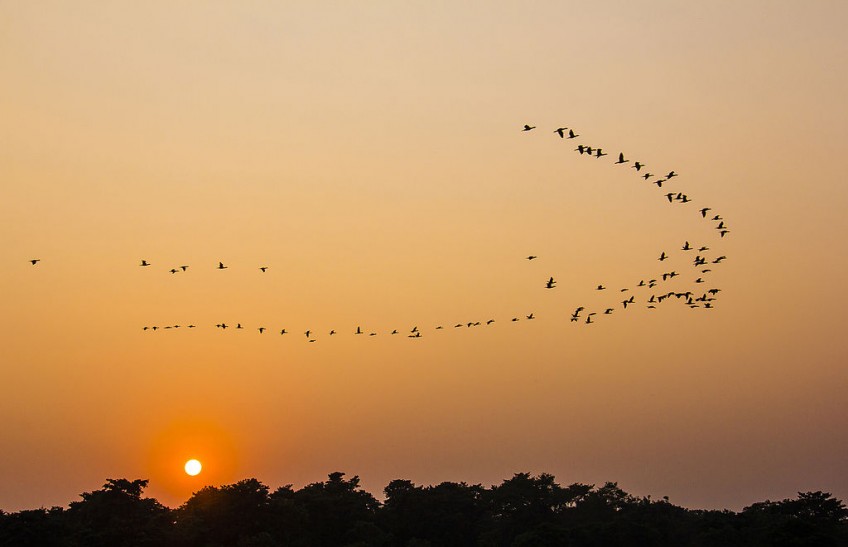 Nepal is a seasonal home to species of migratory birds which enjoy the atmosphere in Chitwan for incubation, said a survey and observation based on the Chitwan National Park and adjoining community forests.

Tentatively, female migratory birds from India, Sri Lanka, and other South Asian countries come to Nepal since February/March for laying eggs and hatching, Bird Education Society former Chair Basu Bidari said, "The arrival season normally continues till August/September. After incubation, they return to regular habitats. The incubation period is normally of one and half months to two months.

Such birds have chosen grassy lands and trees as their seasonal shelters. They have built nests in such areas and more nests have been spotted in the CNP and community forests adjacent to it. Besides Chitwan, in this season, Parsa and Bardiya National Parks also welcome the migratory birds arriving for the purpose of incubation." The highest inflow is recorded at the CNP and the census of seasonal birds is conducted only at the CNP.

The census has been in effect since five years and it is supported by Bird Education Society, Himalayan Nature, Nepal Ornithologists Association and CNP.

The number of birds fluctuates in Nepal, ornithologist Dr Hem Sagar Baral said, "There is a need to give proper attention to the well management of birds' habitats and their foods".

Cuckoo, Pitta, Lalthunde, Deuba, Murali and Sunchari are among those coming to Nepal in summer for incubation. Tourists from several countries arrive here mainly for taking glimpses of birds. So far, 887 species of birds are recorded in Nepal and according to experts, eight species of birds have vanished. The bird -spiny babbler- is found only in Nepal.