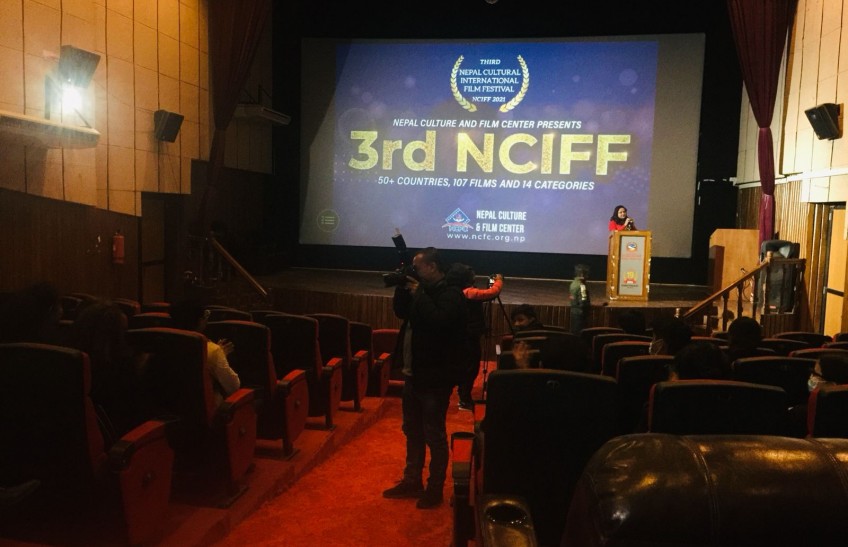 The 3rd Nepal Cultural International Film Festival (NCIFF) concluded on 3 December with much fanfare at the Rastriya Sabha Griha in Kathmandu. The three-day long event was the coming together of culture and films. This year the festival featured 107 films from 50 countries that spanned 14 categories. Each film screening was followed by a q n a session with the creators.

The multicultural event features films, numerous talents and creations that support and brace issues of human rights, cultural diversity with open arms and present it to a global audience. This year NCIFF showcased full-length features, shorts, experimental work, fiction, animations and even documentaries from 50 different countries.

Third NCIFF 2021 Nominee Film Director, Angela Mrad said, “I’m so happy to be a part of NCIFF. Such an incredible edition. Let’s work together to build a culture of empowerment through conversations, writing and art that amplifies the voices of women and specially marginalised women in a patriarchal society...” Her short film Feminization was featured in this year’s film festival.