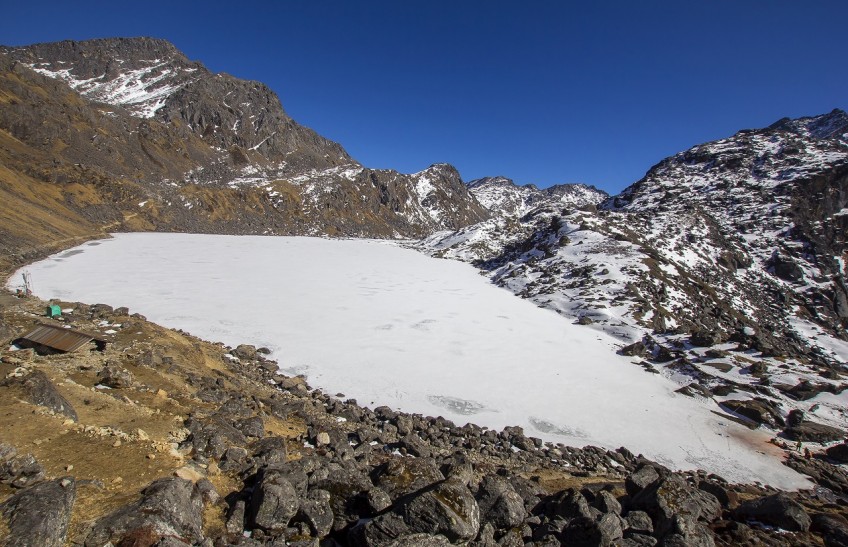 After falling ill at a high, mountainous altitude, an Israeli Tourist was rescued by a Donetsk Air helicopter from Chandanbari in Rasuwa and taken to Kathmandu

A tourist who fell ill while hiking in the mountains has been rescued using a helicopter. Oren Jav Eden, an Israeli national, was rescued by a Donetsk Air helicopter from Chandanbari in Rasuwa and taken to Kathmandu. According to Nwang Finjo Tamang of Hotel Red Panda in Chandanwari, the tourist who fell ill in Gosainkunda on Sunday was rescued this morning. The only helipad of the hotel is in Chandanwari.

It is said that the tourist was brought to Chandanbari in the evening with the help of local hoteliers as the helicopter could not land at Gosainkunda due to unfavourable weather in the highlands on Sunday. The rescued tourist is currently undergoing treatment at Swagan Hospital in Kalapul, Kathmandu, said Dawa Sherpa, flight manager of Air Dynasty.

The Israeli tourist, who was walking with two friends, had a headache when he reached Gosainkunda at an altitude of 14,380 metres on Saturday. It is said that the physical condition of the tourist is getting normal after the treatment. Police said that they have requested to inform the Syafrubensi-based Tourism Police and District Police Office if any tourist falls ill or needs to facilitate the journey during the trek.