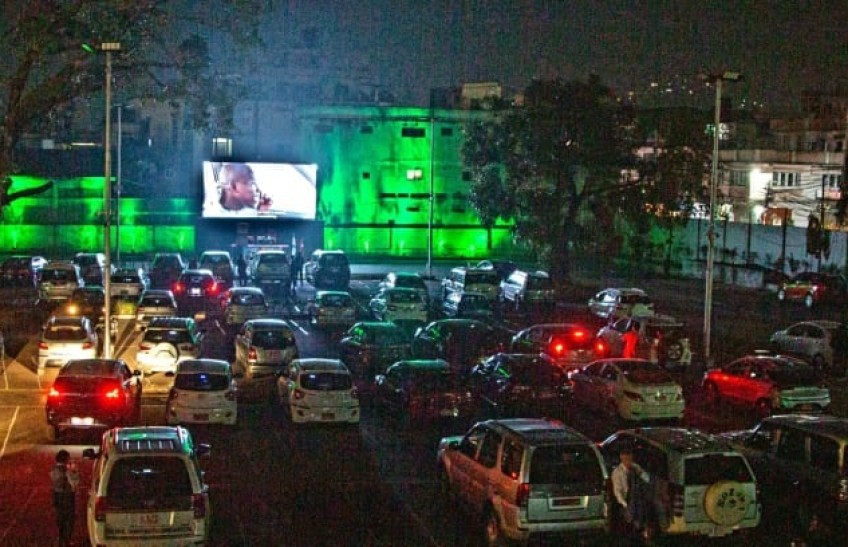 The first-ever drive in film was free for the public

The first-ever Drive-in film show in Nepal at the Soaltee Hotel concluded on 26-27th November 2021. The show was conducted in collaboration with the Embassy of Israel and International Sound Services Pvt. Ltd.

The first-ever drive in film was free for the public. However, on the opening ceremony there were few people invited for a special screening of 'A Fish Tale' (a story of an immigrant worker in Israel) which was directed by Emmanuelle Mayer.

Israel Embassy brought this concept with the belief of further strengthening cordial relations between two countries and also exchanging cultural activities which can help to understand the culture and daily lives of Israelis by Nepali people.

Photo by Israel in Nepal