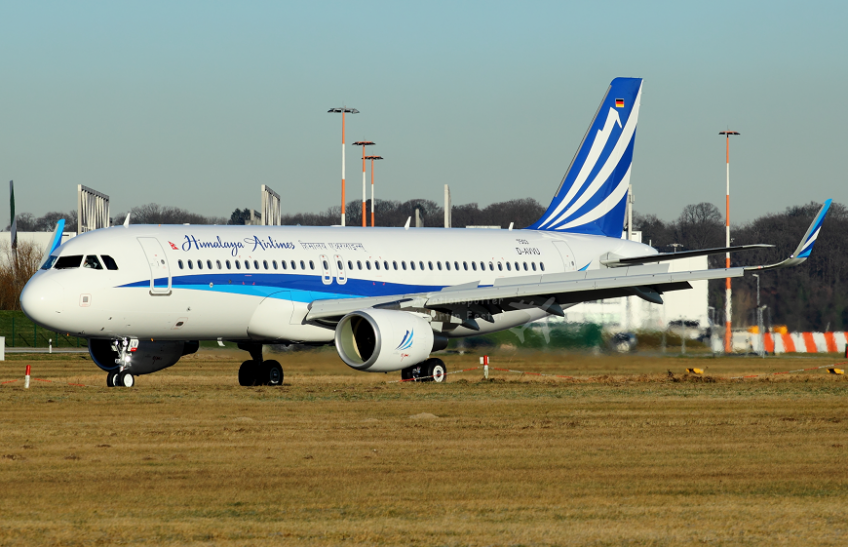 Adhering to its critical guiding principle of ‘Safety,’ Himalaya Airlines, has this week introduced Automated External Defibrillators onboard all its feet

Adhering to its critical guiding principle of ‘Safety,’ Himalaya Airlines, a Nepal-China Joint Venture Airline, has this week introduced Automated External Defibrillators (AEDs) onboard all its fleet comprising of three A320s and one A319. To ensure flying with Himalaya is safer than ever before, Himalaya has now included AED, a life-saving device onboard. With this, Himalaya Airlines stands to be the first-ever and the only Nepalese airline to carry AEDs onboard.

An AED is a portable device that automatically diagnoses and treats the life-threatening sudden cardiac arrest. It helps to quickly shock someone's heart and try to save their life if they collapse, have no pulse, and stop breathing. Within the past few weeks, all cabin crew of H9 has received thorough training for proper usage of AEDs.

AEDs are important because they strengthen the Chain of Survival. They can restore a normal heart rhythm in victims of sudden cardiac arrest. The presence of AEDs onboard means a cardiac arrest can be treated and, in many cases, reversed, eventually helping to save the lives of the passengers during mid-air emergencies. Without an AED, a cardiac arrest is likely to result in an unsuccessful outcome if the plane needs to divert for treatment.

The airline has also placed the AEDs, in its Head Office and ground handling office located at TIA (Airport Office) to expand the safety net for all its employees. In addition, all our ground personnel has also been trained to administer AED. Himalaya Airlines thus will also be the only airline at Tribhuvan International Airport (TIA) equipped with AED, enhancing the safety of all visitors at TIA in case of emergency. Placement of AEDs in its aircraft and at its offices comes as a part of H9’s ongoing efforts to promote a safety culture across the company.

For all Himalaya passengers, it is a great comfort to know that in case of cardiac emergency midair, the H9 crew have accessible AEDs and are well prepared to assist the passengers.
************

Himalaya Airlines, an international air carrier, is a Nepal – China Joint Venture established in August 2014. As the name ‘Himalaya’ symbolizes the high mountains of Nepal, dedicated in service to uplift the name of the nation, Himalaya Airlines aspires to rise in its reputation as a leading airline in South Asia. To excel in safety, On-Time Performance (OTP), and most primarily, in service to its customers, H9 has already established itself in Nepal with high recognition.

Starting with one aircraft and one destination, the airline has quickly moved its way to four narrow-body aircraft and nine goals in a short span. The airline took off to its first destination: Doha, Qatar, on May 31, 2016, and further expanded its network to other countries of Middle East Asia & South Asia: UAE, Malaysia, Kingdom of Saudi Arabia, Bangladesh & China. H9 network currently includes Abu Dhabi, Beijing, Chongqing, Dammam, Dhaka, Doha, Dubai, Kuala Lumpur & Riyadh. Himalaya Airlines is the first, and the only airline connecting Nepal to Saudi Arabia with its historical connectivity to Dammam & currently is the only Nepali Airlines operating flights to various prominent cities of China.

Himalaya Airlines has a young fleet of three Airbus 320-214 configured with 180 all-economy seats and one Airbus 319-115 with 120 economy and eight business seats. In the future, H9 plans to operate flights to Lhasa and add other prominent cities of South Asia to its network.

H9 is continuously developing high services standards and expanding its network to excel further and rise higher in the aviation sector. H9 team of professionals comes from a multicultural and diverse background and is dedicated to delivering the highest quality of customer service with a sense of genuine Nepalese hospitality to its esteemed passengers, following the age-old tradition of “Atithi Devo Bhava” - Guest is God.
**********
For further information, please contact:
Brand and Service Improvement Department
Himalaya Airlines Pvt. Ltd.
T: +977 9851084295
E-mail: bsid@himalaya-airlines.com
Website: www.himalaya-airlines.com