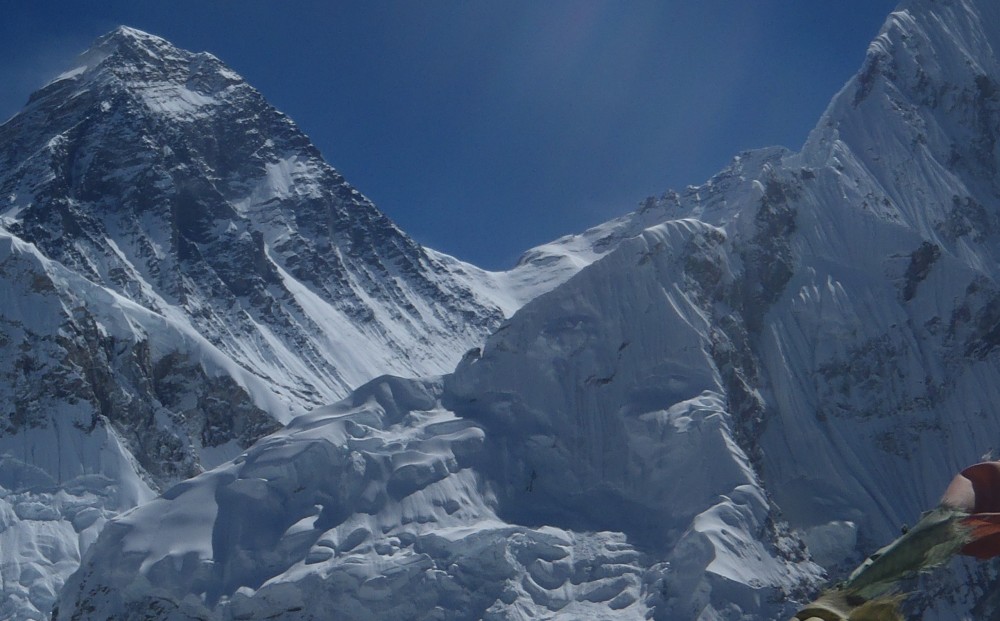 Sagarmatha National Park is home to the highest peak in the world - mt everest (8,848 m)

Sagarmatha National Park is home to the highest peak in the world - Mt Everest (8,848 m), Sagarmatha being the Nepali name for Everest. The area was designated a national park in 1976 and encompasses several other peaks all above 6,000 m. The park got recognition as a World Heritage Site in 1979.

With most of the park lying above 3,000 m, it is mostly rugged terrain made up of deep gorges, glaciers and massive rocks. The Park boasts of a wide variety of wildlife including more than 118 species of birds. While the forest is dominated by silver fir, birch, rhododendron and juniper trees, animals such as musk deer, the Himalayan tahr, the ghoral, the serow, the wolf, and the Himalayan black bear may be spotted by trekkers in this region.

Endangered species which are rarely seen include: snow leopard, red panda, and two kinds of dazzling pheasants - the crimson-horned and the Impeyan, Nepal's national bird. Smaller animals like marmots, pikas and martens are also found in the park.

The region ranges in altitude from less than 2,000 m above sea level at Jiri to the high peaks of the Himalaya at over 8,000 m. Hence the park’s flora and fauna is diverse with dense forest of pine, oak and the flowering rhododendrons found up to 4,000 m above sea level. The latter are one reason to make a trip to Nepal in the spring when the hills between 2,000 m and 3,500 m are a riot of colors.

The best time to visit the park is during the autumn months of October-November and from March-May in spring/summer.