The Vajrayogini Temple in Sankhu 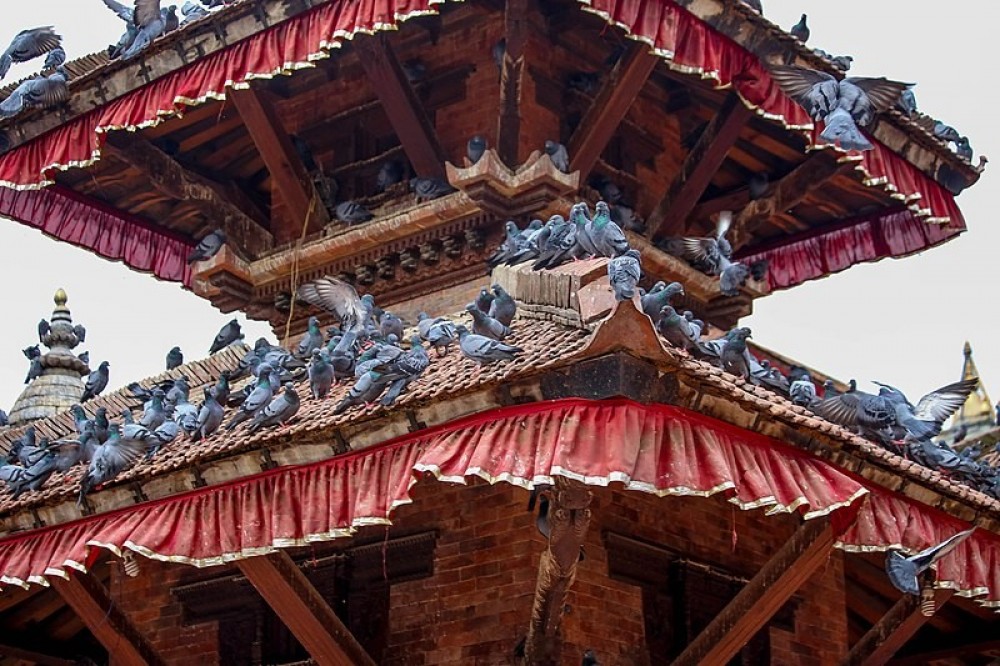 Sankhu is an ancient Newar town that is at a distance of just 17kms from Kathmandu. The town is also referred to as the 80 Siddhas and one can find many caves holding religious importance around the place.

When it comes to the town, two things pop up together, the Vajrayogini Temple and the early settlement of the town which is traced back to medieval times. The former Lichchhavi (9th century) settlement lies in the northeastern corner of Kathmandu which is where the town lies in the modern-day.

Traditional settlements and practices still prevail along the streets of the town and retain their medieval character with narrow streets, public squares, temples, and rest houses. Among these ancient monuments lies the famous Vajrayogini Temple.

It is believed that Manjushree who cut the lake and turned it into the valley received a blessing from the goddess Vajrayogini. Situated ona hilltop the main temple enshrines the two scared representations-two statues of the four-armed Vajrayogini Ugra-tara who is worshipped by both Buddhists and Hindus.

The temple is proof that Buddhism existed in Nepal from around the start of the first century.

The Vajrayogini Temple and the early settlements in Sankhu are culturally and historically related to the Monument Zones of the Kathmandu Valley World Heritage sites which is why it is on the tentative list of UNESCO heritage sites.

The town observes the famous festival Vajrayogini fair on Chaite Purnima, the full moon night that lies in March or April according to the Georgian calendar.