The Sky Caves of Nepal 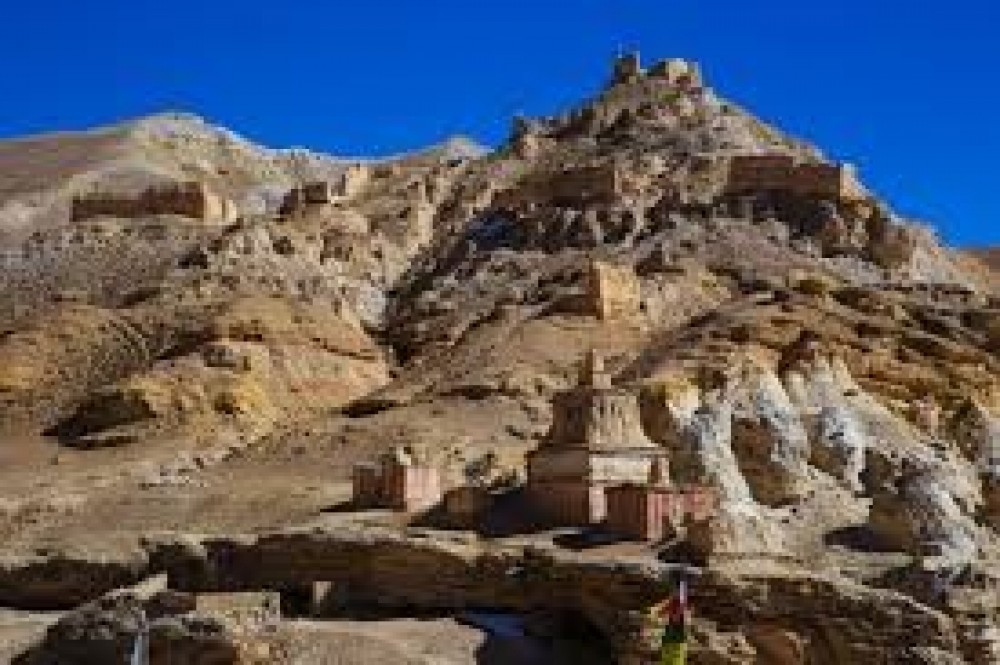 The former kingdom of Lo in northern Nepal, Mustang is home to one of the world's great archeological mysteries.

The dusty, wind-savaged place, hidden beyond the Himalayas has approximately 10,000 human-built caves popularly known as the "Sky Caves" of Nepal. The caves lie on the steep valley walls near the Kali Gandaki River in Upper Mustang.

Although the research was done and is still going, the mystery of the Sky Caves is still to be uncovered. Due to its unusual archeological structure, the site is currently on the list of UNESCO tentative sites.

It is believed that for centuries, traveling ascetics of the oldest school of Tibetan Budhhism wandered the valleys of Mustang using the caves to perform tantric yoga. Researchers have found partially mummified human bodies and skeletons which are 2000 to 3000 years old.

The mummified human bodies are probably from the rituals practiced by ancient Buddhist called the sky burial. Besides, there are many legends related to the caves making the existence of the caves more mysterious.

Upper Mustang is graced with the landscapes unlike anywhere in Nepal. The caves are carved in the deep gorges of the Kali Gandaki River and have strangely sculptured rock formations. The cliffs face has an estimated 10,000 ancient caves which are 150 feet above the valley floor. There are many caves that are still beyond the access of people. Some of the caves in the cliffs have signs of domestic habitation like hearths, grain-storage, bins and sleeping spaces whereas some are burial caves.

Visitors can hike along the narrow cliffs, climb into a cave and try to understand how life was in a time long back. The place reflects Tibetan culture and even today many people in the area speak the Tibetan language. One can find monasteries, sculptures, paintings, statues and remains in the Tibetan Buddhist traditions and culture.

Some important sites to visit near the area

Jomsom the gateway to Mustang the dream destination

Lo Manthang the capital city of the once hidden and forbidden kingdom.

Rock tunnels created by the Kali Gandaki River leading to the wonders of Mustang.

Luri Gumba where lifestyle and culture are untouched by time.

Find peace and prayers on the little hillock of Swaymbhunath