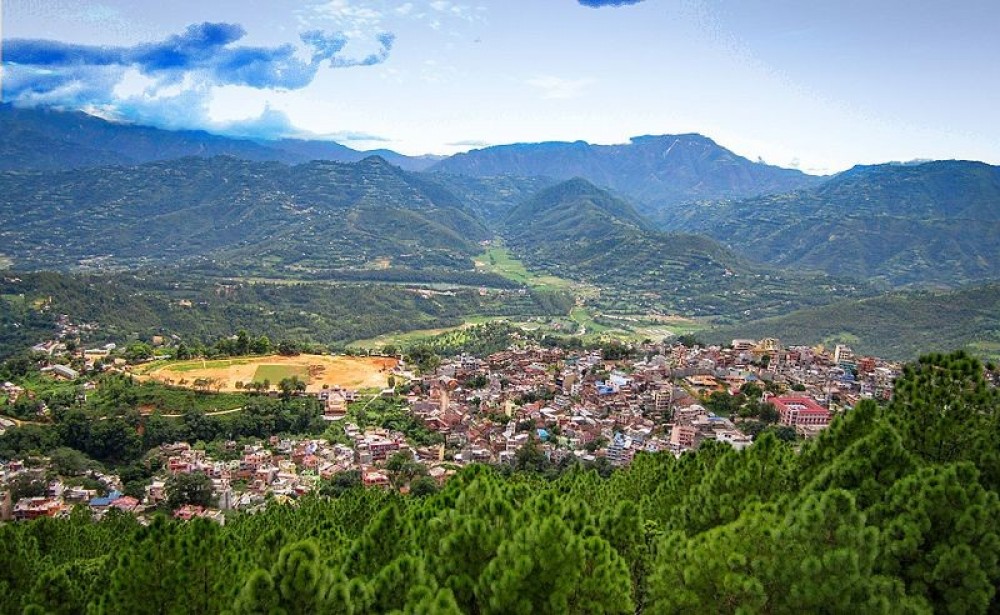 Located at the crest of the Mahabharat Range overlooking the valley of the Kali Gandaki River, Tansen city is a magnificent hill station in the district of Palpa.

The picturesque town of Tansen is the administrative center of Palpa and is situated at an elevation of 250m to 2000m. Tansen is an undiscovered gem of western Nepal. With its unique traditional wood carving skills, street and temples reflect the craftsmanship and make them more beautiful. Tansen is famous for the traditional colorful woven Dhaka fabric i.e ‘Palpali Dhaka topi’ and is on the tentative list of UNESCO World Heritage Site of Nepal and awaiting listing.

The history of the town dates back to around the 11th century when it was part of Bara Magarat, the 12 territories administered by the Magar rulers. Newar businessmen from Kathmandu arrived in Tansen to trade, bringing with them their art and architecture. The town was developed as ahub for traders arriving from Kathmandu.

The city is said to stand the testament of the living heritage and architecture of the Newari people. A medieval kingdom of Nepal before the unification it later became the Newari town on the trade route of India and China and was later incorporated in the country through unification.

Various ruins around the town can be found from the 15th to 18th centuries. The medieval settlement boasts numerous temples, monasteries, sculptures, and architecture.

The surrounding of the town still retains the original character of the settlement. It can be compared to the settlements within the Kathmandu Valley, however of a different significance due to its particular history, culture, and location.

The Bhairab Temple, the Purankot Durbar, the Srinagar Durbar (Fort), the BanshaGopal, the Mukundeshwar Mahadev, the Amar Narayan Temple, the Ran-Ujjeshwari Bhagawati Temple, and the Tansen Durbar can be regarded as windows offering a glimpse into the medieval settlement of the valley.