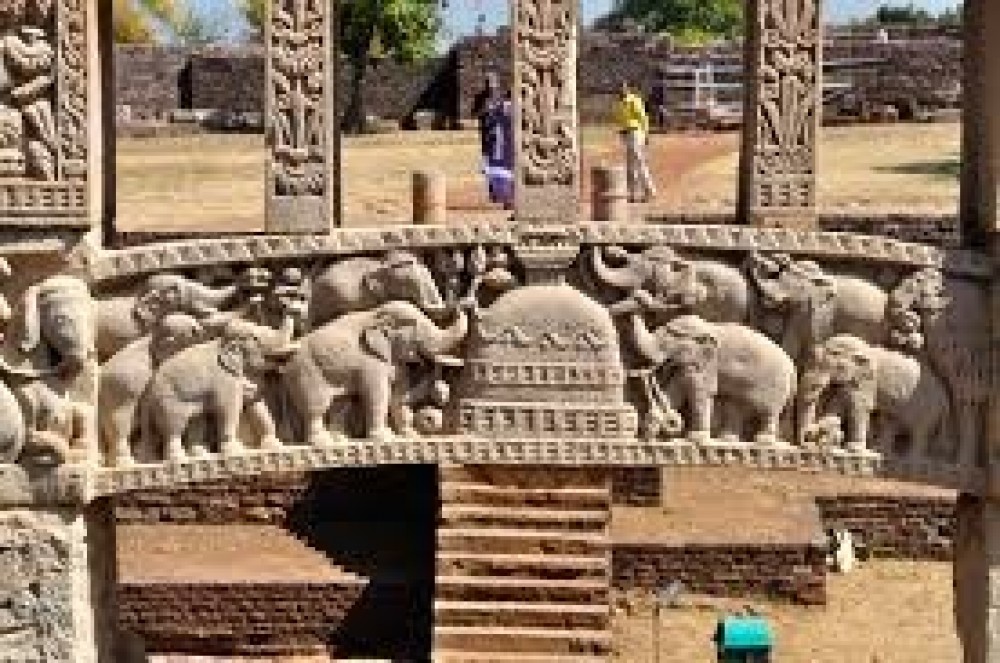 Ramagrama stupa is one of the eight places where the relics of Lord Buddha's body were kept. The stupa lies in Ramagram municipality in the Parasi district of Nepal. It is believed that the stupa was constructed some 2500 years ago. The stupa lies amid farmlands and is surrounded by wetlands adding to the natural beauty to the place.

Enlisted as a tentative UNESCO cultural category site of the World Heritage Sites, Ramagrama is a site of great archeological and religious significance. It is believed to be the only stupa that has not been opened till the present date.

It is believed that when Buddha died his body was cremated and the remains were distributed to the eight kingdoms. All of the kingdoms kept the remains in stupas and they opened them to distribute the contents across the world except for the Ramagrama stupa.

A legend says that it is the only stupa not interfered with by Emperor Asoka in the 3rd century when he tried to open it, snakes appeared and instructed him not to interfere with the place and leave it to its form.

One of the holiest of pilgrimage sites for Buddhists, it is located in the grassy mound which has a stupa within it. Although excavation was performed here, there was an agreement regarding not opening the stupa to maintain the sanctity of the place.

The stupa is covered by a large tree rising from the mound.

A single tree from the great distance is the tress of four different species intertwined and standing in harmony adding uniqueness to the place. This is believed to be an important symbol that reflects the ideality of Buddhism.

Built using bricks, the 7-meter high stupa has underground adjacent monasteries.The stupa has great historical significance which is why it has become an important pilgrimage center for Buddhist from all over the world.It is a noteworthy finding from ancient archeology and it is believed to have been built by the Koliyas, royal relatives of the Buddha.