Panauti, the city of historical temples 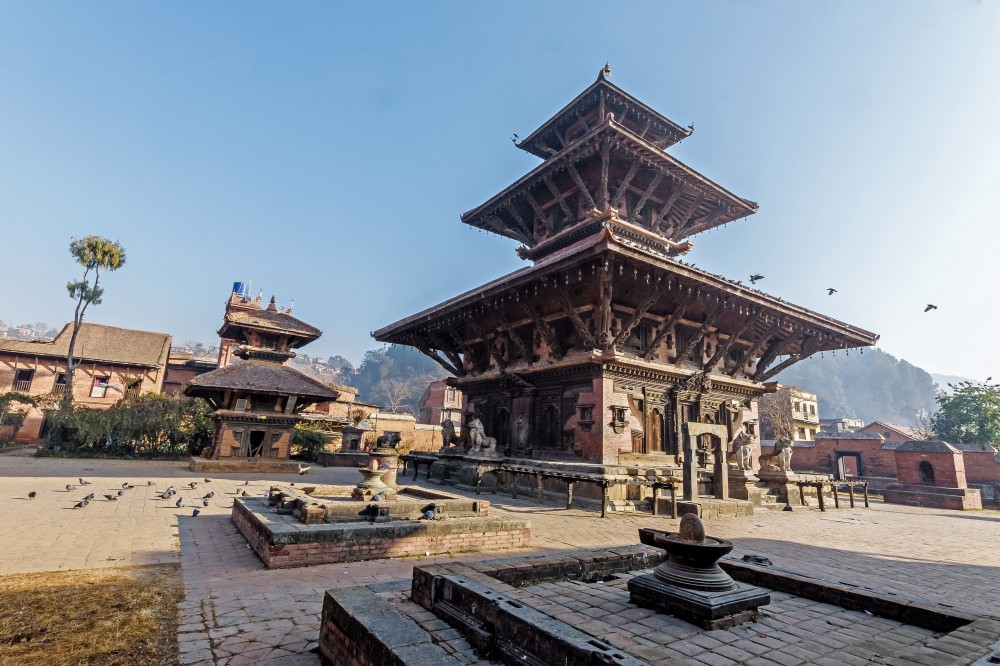 Some 30 km west of Kathmandu, this historical city is surrounded in folklore and early medieval architecture

One of the oldest towns in Nepal, Panauti is a small city in Kavre district. Consisting of many temples dating back to the 15th century and earlier the city is listed as a tentative UNESCO heritage site.

Panauti was a trading hub along the ancient salt trade route between Tibet and India. Due to religious beliefs, sacred rivers, rich history, culture, tradition, art, and beauty, the city stands out among others. It is a real Newari town providing a unique experience that no other town can provide.

The architectural complex in Panauti is situated in a scenic spot at the junction of the sacred confluence of the Roshi Khola and Punyamati Khola.

Among the many temples in the city, the principal temple Indresvar Mahadev temple was originally built in 1294 A.D. The temple is one of the largest and tallest pagoda style temples in Nepal. The structure is engraved with distinct woodcarvings and architecture. The temple accepts unique offerings like pans and pots.

Other major structures include the 17th-century Brahmayani temple, patis, sattals, inscriptions and sculptures. Panauti is known for its outstanding craftsmanship and woodcarving skills which live on and are evident in all the traditional houses around the town. It is also regarded as the most artistic town after Kathmandu valley.

Some 30 km west of Kathmandu, this historical city is surrounded in folklore and early medieval architectural complexes. The medieval city captures and reflects the urban designs and refined culture of Nepal from the past.

Like every city, Panauti has also its unique ceremonies and celebrations. The majorly celebrated festivals include Panauti Jatra and Makar Mela. Panauti Jatra is one of the most important Newari cultural processions which take place for 3 days.

Similarly, the Makar Mela is held every 12 years and also known as Barahbarse Mela. A huge crowd from all over the country comes here to mark the festival and receive the blessings from the deities.