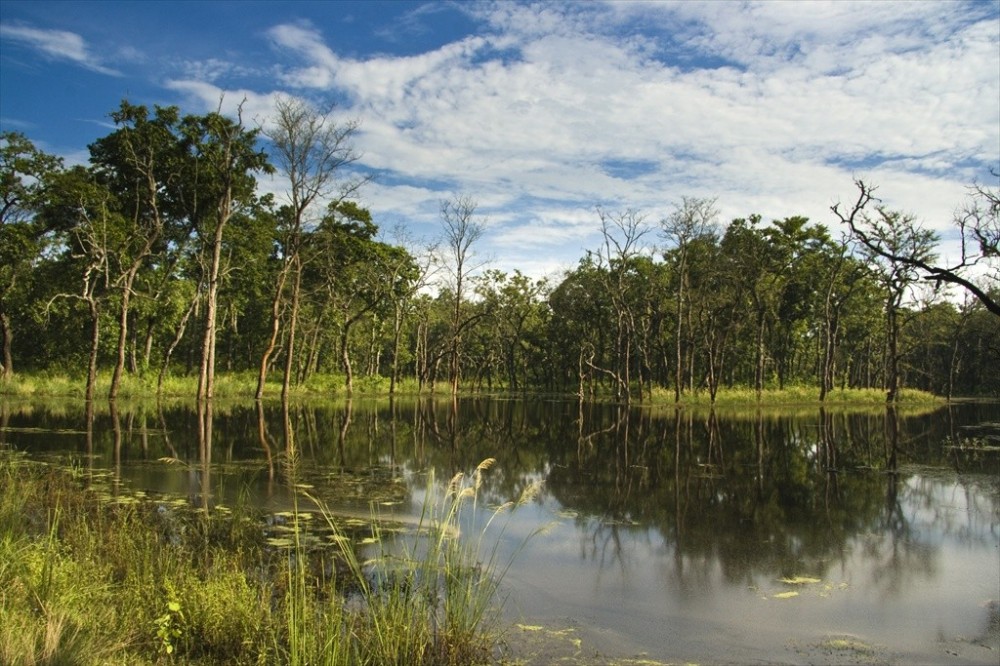 The Chitwan National Park (CNP) is a UNESCO world heritage site, and it also contains a Ramsar Site – Beeshazari Tal in its buffer zone. The CNP has a history of over 3 decades in park management and a rich experience in resolving conflicts between the park and the people. It was proclaimed as Royal Chitwan National Park with an area of 932 km2 in 1973.

Chitwan National Park is situated in south central Nepal in the sub tropical lowlands of the inner-terai of Chitwan, Makawanpur, Parsa and Nawalparasi districts. The altitude ranges from 110m to 850m above sea level. The park is bounded by the Rapti and Narayani River in the north, Parsa Wildlife Reserve in the east and Madi settlements and India border in the south. The physiography of the park consists of the Terai and Siwaliks. Three major rivers Narayani, Rapti and Reu, and their floodplains; and several lakes and pools are the major water sources of the park.

A total of 68 species of mammals, 56 species of herpeto fauna and 126 species of fish have been recorded in the park. The park is especially renowned for its protection of 423 One Horned Rhinoceros, Royal Bengal Tiger and Gharial Crocodile. The park harbors not only the world’s largest terrestrial mammal (wild elephant) but also the world’s smallest terrestrial mammal (pygmy shrew). A total of 544 species of birds has been recorded so far including 22 globally threatened species including critically endangered Bengal Florican, Slender-billed Vulture, White-rumped Vulture and Red-headed Vulture.

Tsum Valley Through The Eyes Of An Architect