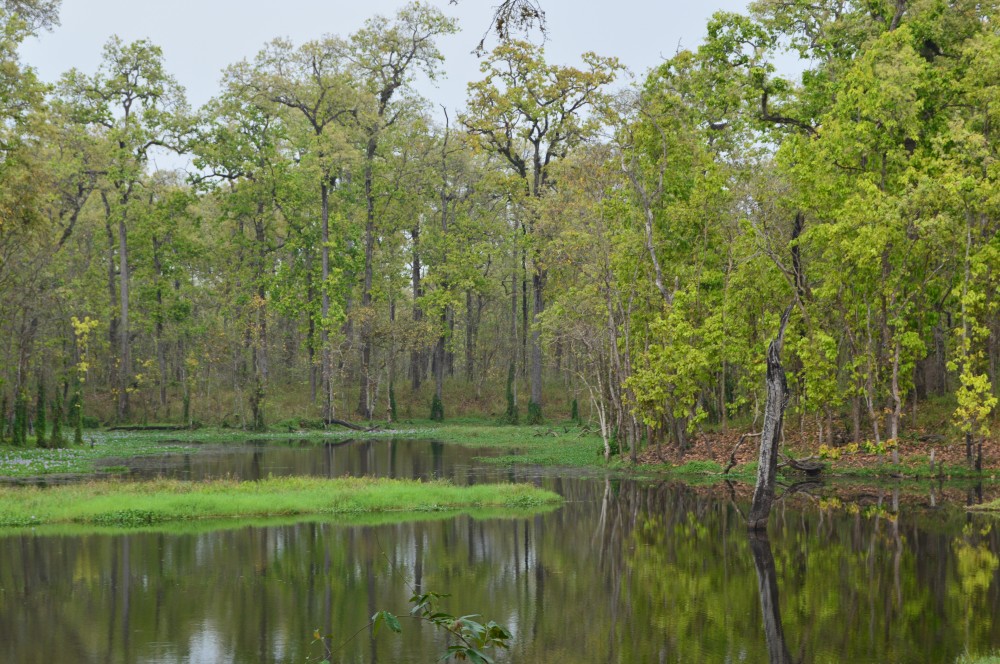 Bishajari Tal is an extensive Oxbow lake system in the southern corner of Bharatpur. It is located in the buffer zone of the Chitwan National Park. This wetland covers an area of 3,200 hectares at an altitude of 286m and is situated between the Mahabharat mountain range to the north and the Siwalik range to the south. In August 2003, it was designated as a Ramsar site. The Nepali words 'Bis'; twenty, 'Hajar'; thousand and 'Tal'; lake, means '20,000 lakes'.

However, contrary to the name given to the lake, there aren't 20,000 lakes, rather it is one large Oxbow lake system. There are many small and large lakes around the system and its counting is too much so the lake system is called the Bishajari Tal.  The other reason to call it Bishajari is when we see the lake from the sky, the shape of the lake is like 20,000.

Bishajari Tal is a paradise for bird watchers. Every year, birds from the north pole migrate to the place in order to escape the harsh cold of the winter season. It is home to a variety of bird species about 543 species, people can see different species of the bird every other season that ranges from the local unique resident ones to 160 species of migrating ones some of which migrate all the way from Siberia. Along with this, it also harbors around 700 species of butterflies.