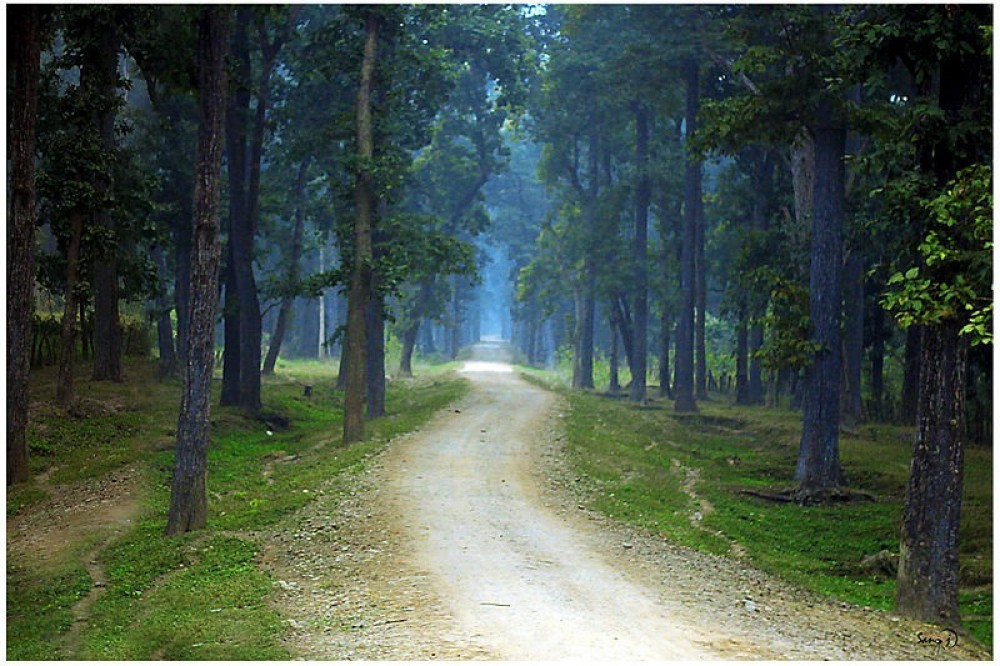 Nepalgunj is a sub-metropolitan city in Banke district and is about 520km from the capital, Kathmandu. Nepalgunj is the centre of Mid Western Nepal. Nepalgunj is also home for one of Nepal’s largest Muslim communities. It is the industrial and transportation hub of the country. Nepalgunj is connected with the border town of Uttar Pradesh in India. The topography is as flat as a pan, as the southern strip of Nepal is the northern extension of the great Gangetic Plain, called "Avadh" or in Nepali Terai.

Nepalgunj is 16km south of the Mahendra Highway and 6km north of the Indian border. Due to the near proximity to India, supplies are quite cheap, especially vegetables. Many Nepalis cross the border and go shopping in Rupaidiha, a little market town just beyond the border. Nepalgunj is famously known as the gateway for some of the exciting treks to the Dolpa, Jumla and Mugu i.e Rara Lake. There are regular flights to and from these places to Nepalgunj. Although, being a small city, there is a lot to explore and see around the place, taste the local cuisines and talk with the humble people of Nepalgunj. 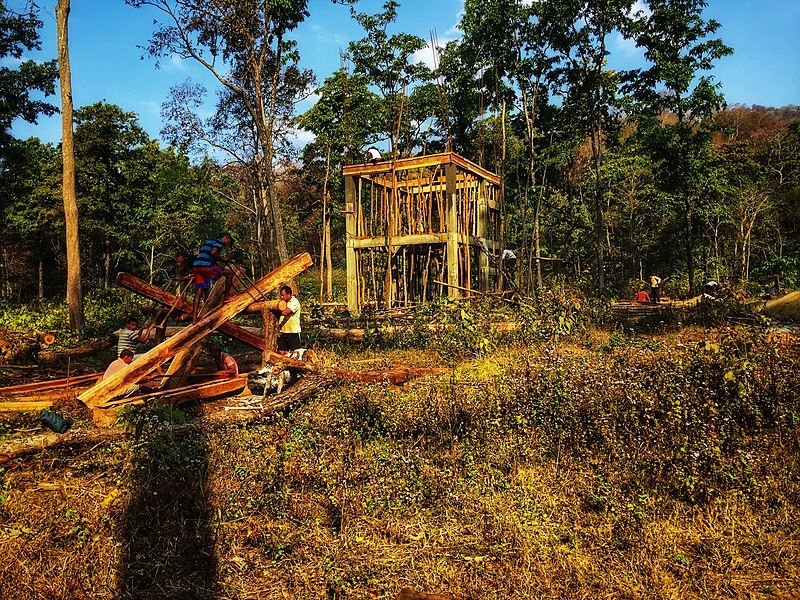 In the periphery of the city, there are two national parks i.e Bardia National Park and Banke National Park. The national parks are home for some of the most exotica and endangered species of animals like Gharila, Tiger, Four-Horned Antelope, Ruddy Mongoose, Rhinoceros, Wild Elephant, Gangetic Dolphins, and many more. These places are also a heaven for bird watchers as about 400 species of birds can be seen in the park. With the sole mind of preservation and conservation of natural habitats and green environment, the park is made. Visitors can visit the park and get lost in the beauty of wild and wild animals. 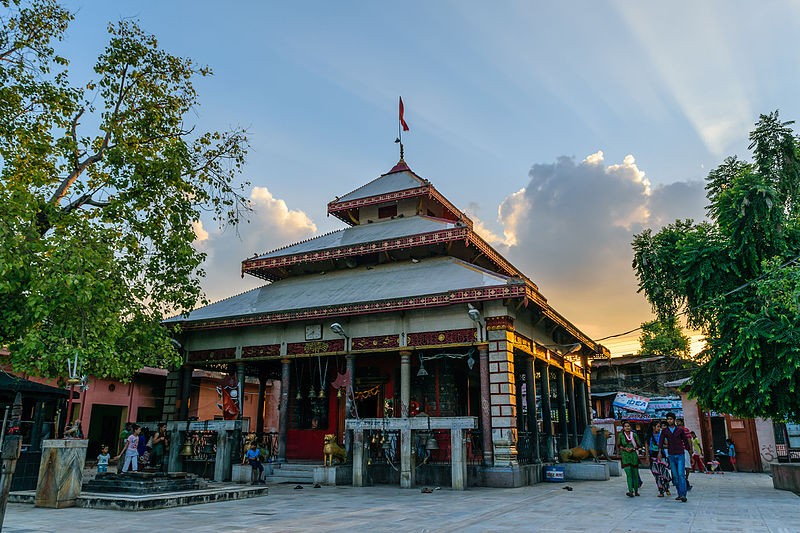 Bageshwori temple is known as the oldest temple in Banke District. It is in the centre of Nepalgunj. It is dedicated to goddess Bageshwori, a Durga. The temple area also houses another famous temple- the temple of Lord Shiva with a mustache, which is one of the only two such temples in the country.

Every year it attracts a large number of devotees from around the country, as well as from the nearest border cities of India. Especially during the festival of Dashain, the biggest festival in the country, the temple receives a huge crowd of people wishing to pray to the goddess and offer animal sacrifices. Shiva Ratri, Teej, Magh Shukla Purnima on these festivals Bageshwori temple gots crowds. The temple's image can be seen in Nepalese one-rupees coins and postal stamps.

Nepalgunj can be both the starting or the ending point of many trekking expeditions. The airport at Nepalgunj flies to places like Dolpa, Mugu, Jumla. These places are dream destinations to trek on. The ever-changing landscape, the colourful lakes, thick and dense forest and the wildlife within them, and the century-old gompa and monasteries are the things which an explorer desires and enjoys.

Tasting the local and street food, visiting grasscutters lane and Muslim Bazar, shopping in the city or in the border area, understanding the local art and culture, visiting the nearby Karnali Bridge, Badhiya Lake, exploring the Tharu towns are some of the other activities, anyone can get into and enjoy.

Nepalgunj has a subtropical climate, with high temperatures during April-June. The temperature can reach more than 40° C sometimes. Nepalgunj is known as the hottest city of Nepal. The highest temperature recorded was 45°C on 16 June 1995.  In the months of July-September the rainy season, monsoon arrives and it becomes very humid and sticky. The winter is usually very pleasant if the sun comes out. It can also get foggy and overcast occasionally. Then it can become quite chilly with temperatures below 10°C, but no freezing cold. The lowest temperature ever recorded was -0.3°C on 9 January 2013.

Nepalgunj has a diverse culture with people from different faiths and ethnicities living together within mixed communities, without any significant conflicts. Hinduism and Islam are the two major religions in the city. Hindus comprising a larger percentage of the population. The city also has followers of other religions like Buddhism, Sikhism and Christianity. Muslims have grown in unprecedented numbers in the region.

Nepali is spoken by the Paharis as well as other ethnicities as a national language and official language. The indigenous people speak their mother tongue language, Awadhi, that is understood and spoken by the entire population of the district. 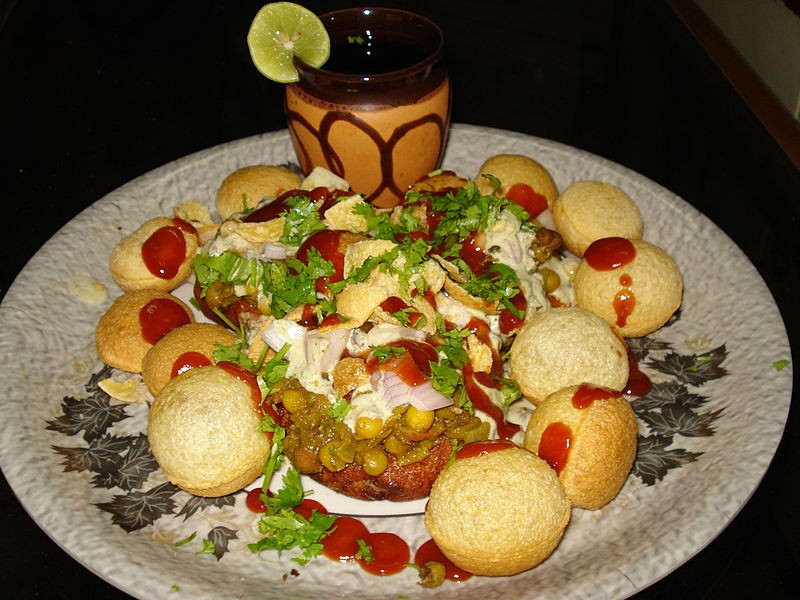 The food of the city is greatly influenced by the Indian culture and also by the Muslim communities. The city has very affordable food and street food culture is also vibrant. Mutton Biryani, Sekuwa, Tharu Food like Ghonghi, Dhikri, Sidhara, Raabadi, Mittha Panipuri, Aalu Tikki Chaat, Haluwa Puri, Chana Puri, Lassi are some of the local and street food, one should try when visiting the city, Nepalgunj.

There are regular buses and flights to Nepalgunj from Kathmandu. It is about 520km and can take about 11 hours to reach Nepalgunj by bus. However, if long bus journeys are not your thing, regular flights from Tribhuvan International Airport are available. It can take about 50 min to reach Ranjha Airport in Nepalgunj. The airport is located just 6km north of the city centre.

Getting around the city is also quite easy. There are local buses to go far distances but to go around the city, rickshaw, cycles, motorbikes and mini-buses are great options.