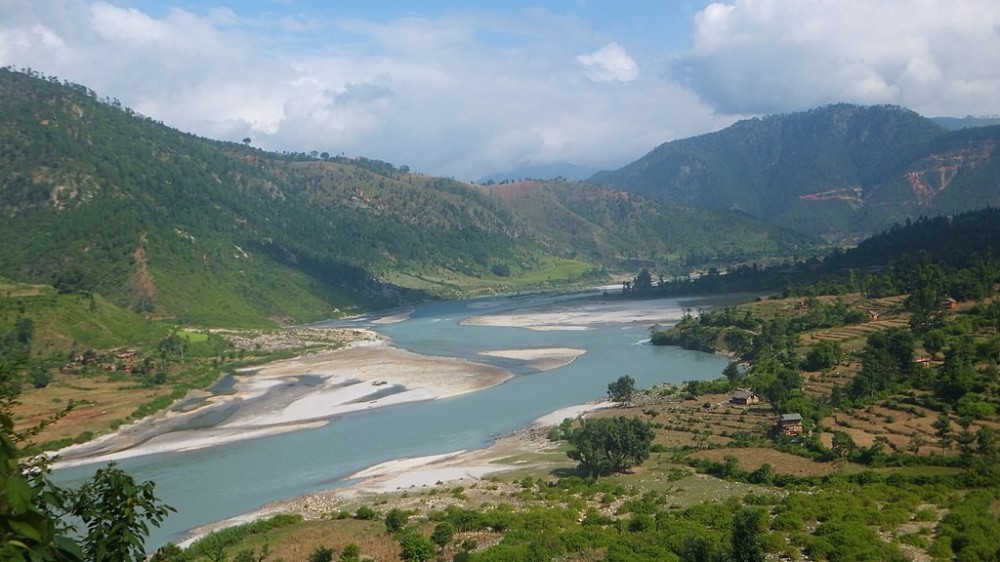 Secluded and untouched by the chaos of modern life, Kalikot has many natural wonders

Kalikot is a pristine natural paradise that is blessed with many medical herbs and waterfalls is located in the Karnali zone. It lies in the far west of Nepal and has the country's largest and longest river the Karnali.

It is well known for its steep hills and mountains making it difficult for the construction of roads. Secluded and untouched by the chaos of modern life, Kalikoth as many natural wonders.

Kalikot is known as the power station of medical herbs. The place is famous for many high altitude herbs like Yarsagumba, Jatamasi, Panchaule and others. Many tributaries of the Karnali River flow through Kalikot making it a perfect place for fishing. Many species of fish are found in these waters including rare and distinct species of fish like Golden Masheer, the Silver Masheer, Sahar, Bokar, giant catfish, and Asla.

The hills are mostly covered with white snow and gushing waterfall. The place is a pristine natural paradise swith breathtaking views, beautiful birds, rhododendron forest and flora and fauna. It has huge potential for tourism which has still not been realized.

Highlights of the city

The headquarters connects many places in the district. People visit Mamna to enjoy the spectacular sunrise and sunset the place offers.

The longest and largest river in Nepal flows through the foothills of Kalikot. Rafting, swimming, fishing are major attractions here.

Breathtaking views of the hills surrounding the area and trekking to Badimalika lying at the border of Kalikot.

Kalikot is located 388 km west of Kathmandu. One can reach there by bus from Kathmandu to Surkhet and then from Surkhet onwards to Kalikot. Getting to Kalikot can be a thrilling experience for travelers as it connected though the Karnali Highway which offers amazing views but is also considered as the most dangerous road of Nepal.