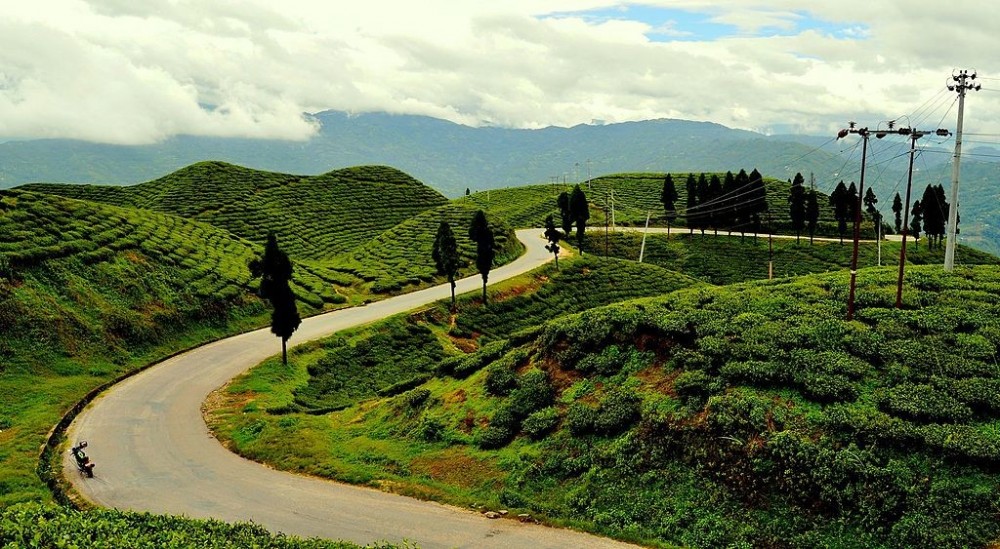 Ilam is one of the most developed places in Nepal. Ilam stretches from the Terai belt to the upper hilly belt of the country. It is a small hill town with pristine landscapes of sloped tea gardens, mountain streams, dense natural forests, holy sites and unique culture. Illam is the headquarters of the Illam district. The name Ilam is derived from the Kirant language in which ‘IL’ means twisted and ‘Lam’ means road. Elevations in Ilam district range between 140 m to 3,636 m above sea level. Famously Illam is known for its tea i.e Illam tea. This tea is exported to many parts of Europe. The tea farm has been able to attract many of the domestic and international tourists. Greenery is all over the hills of Illam all around the year.

Illam is not only famous for tea gardens, but there are also many other famous things that Illam produces. Aalaichi (cardamom), Amriso (a special plant used to make broom), Akabare (a special chili), Aduwaa (ginger), Pahade Aalu (hill Potato) and Chhurpi (a special preserved cheese product). All these products are sold all over the country and are also exported in the international market. Also, Illam attracts many researchers who come to study rare birds and red panda. Here are some of the famous places to visit when exploring the city. 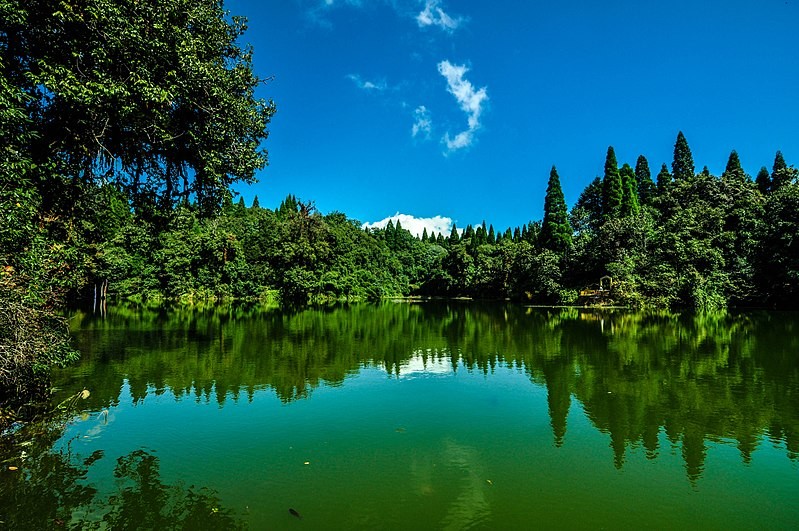 Mai Pokhari is about half and an hour's drive from the Illam city about 20km. It is a star-shaped pond with nine corners, a must-visit place in Illam. The nine corners are tributed to nine different gods.  An annual fair is held every year around the month of October or November as it is considered as the holy abode of Goddess Bhagawati. Mai Pokhari is an important religious site to both the Hindus and the Buddhists.

The lake is surrounded by beautiful vegetation and is home for numerous species like Porcupine, Leopard Cat, Musk Deer, Jackal, Water Lily, Orchid, Rhododendron and many other herbs. They add additional beauty to the lake. The view of the lake is magical when the sky is clear, the lake has a perfect reflection of the surrounding forest and sky. The Mai Pokhari is also enlisted in the Ramsar Site. 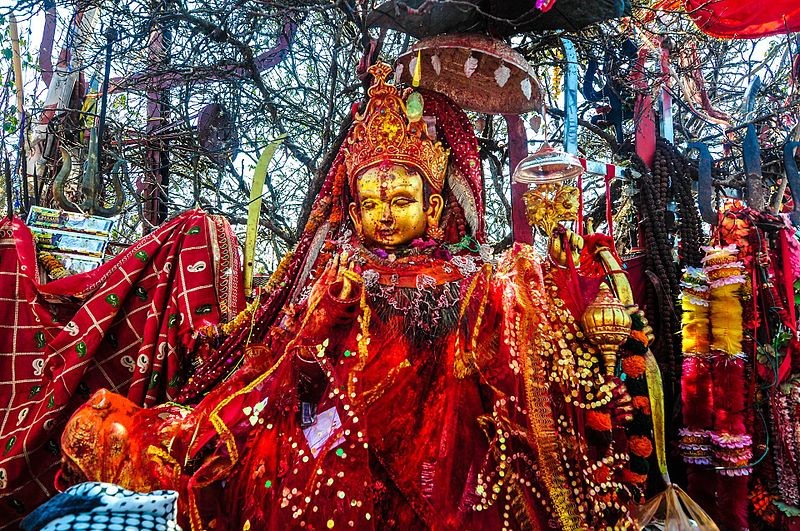 Kanyam is known for the massive tea gardening which has been carried out for over a century now. Kanyam is known as the queen of eastern Nepal. Due to its chilling climate and beautiful greenery of tea, Illam has been able to attract national and international tourists. The area of Kanyam tea garden is 240 hectares and produces about 125 thousand kilograms of tea every year. Mt. Kanchenjunga, places of terai like Siliguri, Jhapa, Darjeeling and Mirik of India and Bay of Bengal can be seen from Kanyam, when the weather is clear. The places are also preferred destinations for the locals to go for the picnic, sightseeing and taking photographs. It is about 43km from the Illam Bazar. 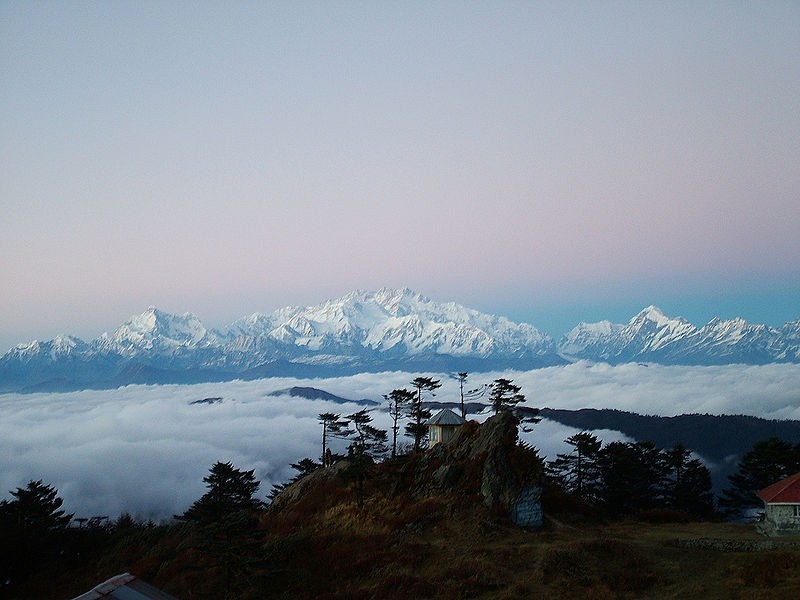 Sandakpur is the highest point of the Illam district. At an elevation of 3636m, Sandakpur gives a jaw-dropping view of Kanchenjunga, Everest, Lhotse and Makalu. Sandakpur is a trekking destination of the Illam. The trail basically will take the trekkers from  Mai Pokhari, Maimajhuwa, Mabu, Kala Pokhari Bikhe, and finally Bhyanjyang Sandakpur. However, if trekking isn't your best strength, then well-maintained roads are there that can easily take you to the top. At the top, a rare encounter with Danphe, the national bird of Nepal, can be a lifetime opportunity.

Along with these places, Shree Antu, Fikkal Bazar, Devisthan, Mai Beni, Chhintapu, Siddhi Thumka are some of the famous places to visit while in Illam.

Farming is the main occupation of the people living in the city. They are mainly engaged in tea farming. Along with that, some of the inhabitants are businessmen, officials and government employees.

It can get quite chilly in the winter season as the place is too windy and is a hilly area. For the same reason, the summer doesn't get too hot and is always mild. However, in the rainy season, the hills and tea garden can get foggy and obscure the beautiful view.

When visiting the city, one should try their local cuisines and unique only found in Illam sweets. Aloo Paratha, dairy products such as Churpi and cheese, sweets like Bambaisan and Lollipops are some of the dishes and sweets everyone should try while visiting Illam. 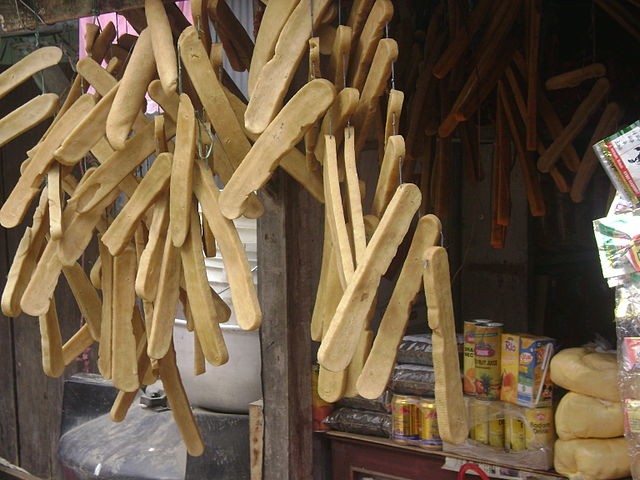 Illam is approximately 530km east of Kathmandu. It can take up to 11-12 hours to reach Illam from Kathmandu by a bus ride. One can easily catch buses from the New Bus Park, Koteshwar, and Kalanki.

However, 12 hours bus ride isn't your thing then, the airway is the best option for you. Flights are available from the Tribhuvan International Airport to Chandragadi Airport in Bharatpur, Jhapa district. The flight is only 45 minutes from Kathmandu. You can now catch a bus from Bhadrapur to reach your destination, Illam.