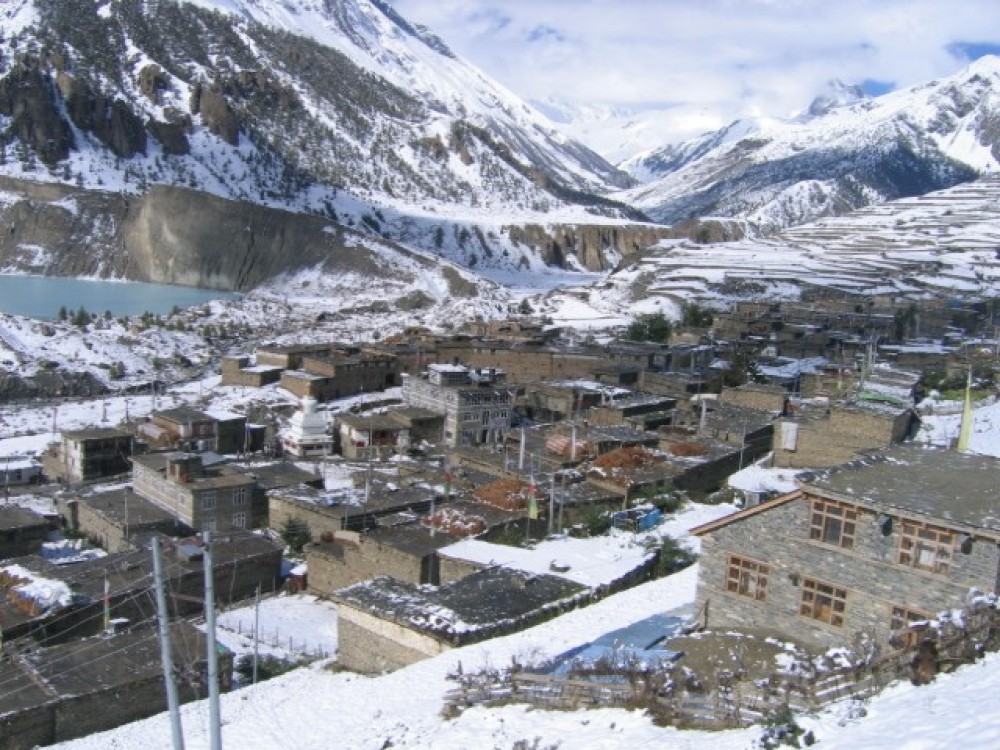 The land beyond the Himalayas; Manang

Due to the high mountain, unique culture and tradition of the people, glaciers, lakes, one of the world's highest passes, rich natural diversity which no other place in the country can provide, Manang has been the place every national and international visitor wants to set a  foot on. Manang covers an area of 2,246 square kilometers and has a population of 6,538, according to the 2011 census. Manang is the lowest populated district in Nepal. Manang district gets the least amount of rainfall among districts of Nepal as it lies to the north of the Himalayas which blocks monsoon air.

For the district of Manang, Chame city is an important place as it is the administrative headquarter of the district. At the time of the 2011 Nepal census, it had a population of only 1129 people living in 279 individual households. Most of the people in this region are involved in trading. Trading expensive gems, metals, watches, musk, precious medicinal herbs, ready-made garments and many more with Tibet. Most of the people spend half of their time away from home due to heavy snowfall, the place becomes inhabitable. However, after the place was opened from foreigners, most people have shifted their occupation to hoteliers. Manang being small has cultural diversity. The major ethnic group being Gurung, Tamang, Sherpa followed by Thakali, Chhetri, Magar.

Some of the attraction of the area 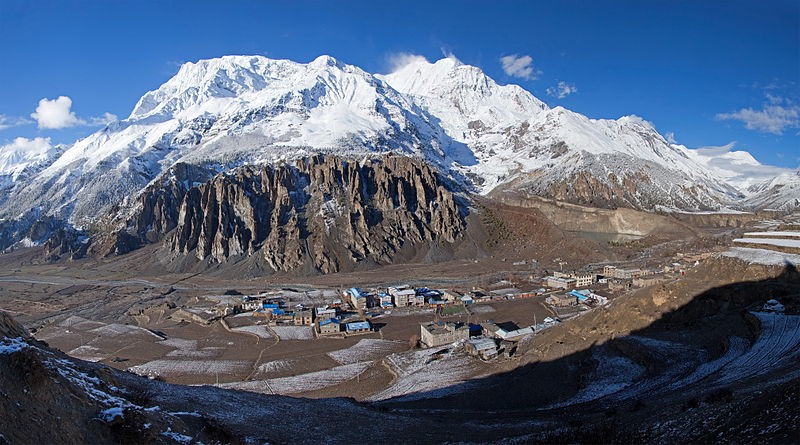 The starting point of different treks going to Lhasa.

Rafting or Kayaking in the Marsyangdi River. 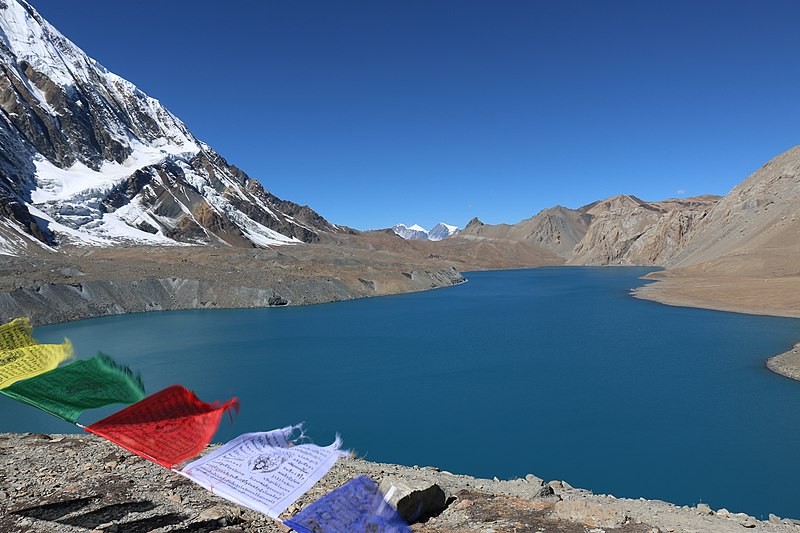 Thorung- La pass; One of the highest passes of the World at 5414m above the sea level. 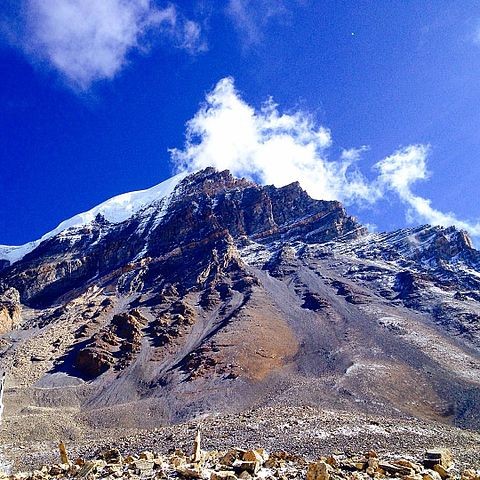 Exploring the remote and isolated villages of Nepal. 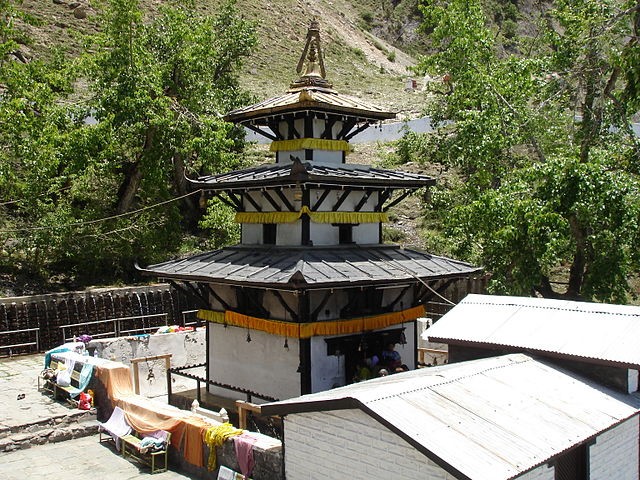 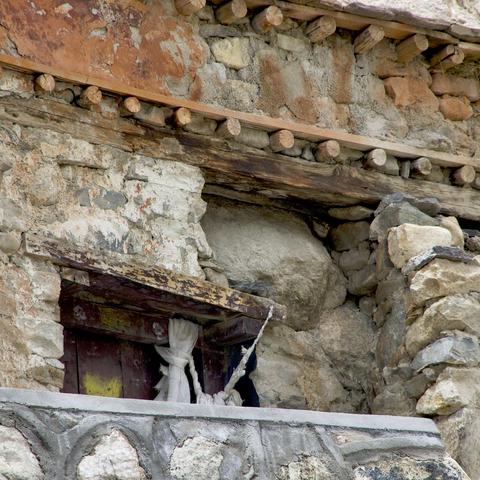 Acclimatization point for the trekkers of Annapurna Circuit and Thorong-La pass. Cultural Museum. 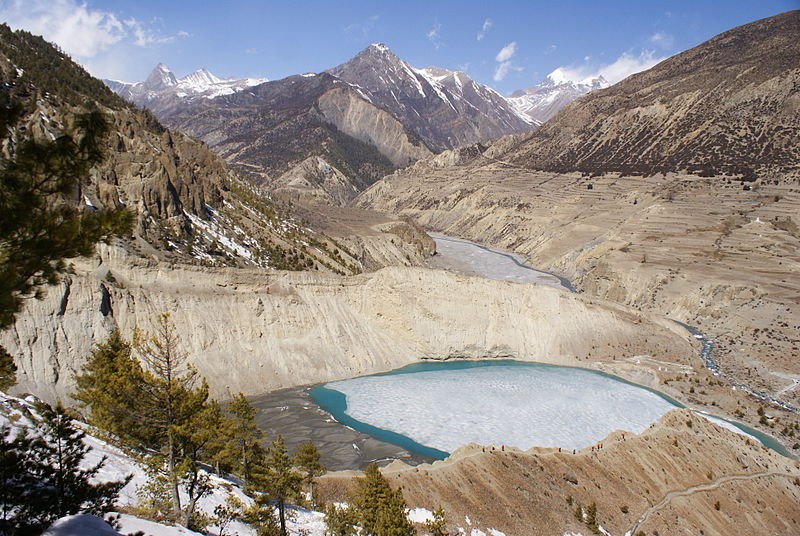 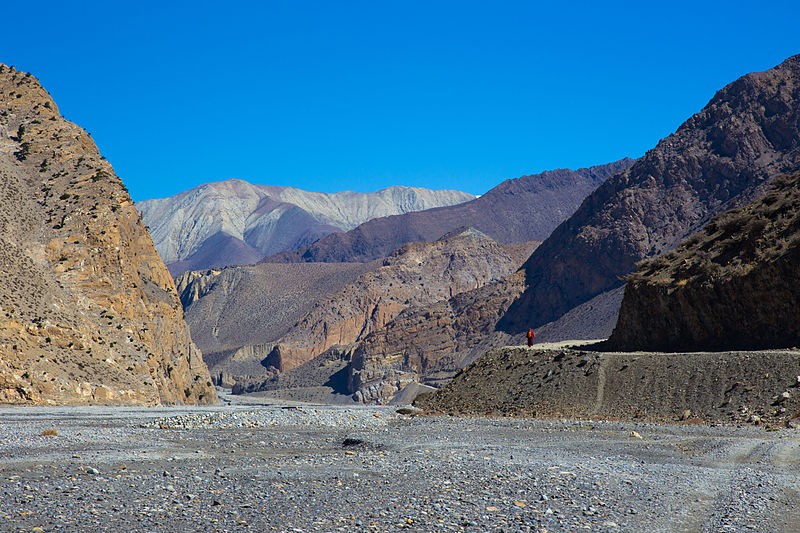 Community Homestay; Experience the warm hospitality of the Manang people.

Most of the buses and microbus will take you to Besisahar, from there a jeep with high clearance or motorbikes will be the best option to reach Chame. Some local buses also drive up to the city, however, the road is not good enough to take the bus. Chame is 240km from Kathmandu and can take about 9 hours to reach. Manang has its own airfield. One of the highest airports in the world. This airport has been able to connect the people of the district with Pokhara and Kathmandu. Nepal Airlines and Tara Airlines have been providing their service.

Motorbikes can also be another way to reach Manang. This ride is said to be one of the most difficult and adventurous rides and is in many riders bucket list. Crossing one of the dangerous roads of the world, small waterways to big rivers, unpaved roads, woody bridges and with the view of the magical Himalaya range can be a life-changing experience for the riders.

Autumn (September – November) and Spring (March-May) is known to be the best seasons for trekking in the Manang. The sky opens up with hardly any clouds to obscure the view of the beautiful Manang, lakes, glaciers and the Himalayan range.

Mugu: Home to the Deepest lake of Nepal; Rara Lake