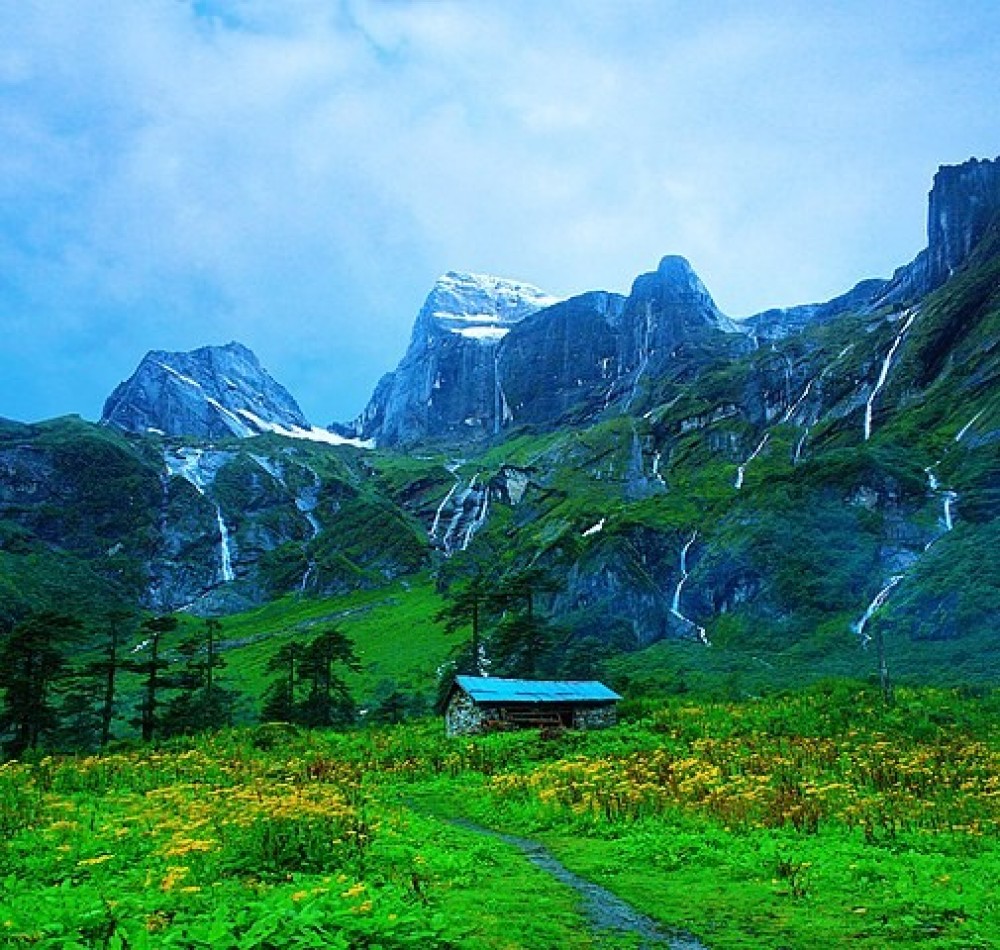 Barun valley lies entirely inside the Makalu Barun National Park. With high waterfalls cascade into deep gorges, craggy rocks rise from lush green forests, and colorful flowers bloom beneath white snow peaks, Barun Valley is a place that no one should miss out on exploring. Barun Valley is nestled at the foot of Mt. Makalu in the Sankhuwasabha district. Makalu is derived from the Sanskrit word Maha and Kala. It is the name of the Hindu god Shiva which translates as Big Black in English. This valley was created by the Barun River. This unique landscape shelters some of the last pristine mountain ecosystems on earth. Rare species of animals and plants flourish in diverse climates and habitats, relatively undisturbed by humankind.

The Makalu Barun region has rich biodiversity containing 3,000 species of flowering plants,440 species of birds, and 75 species of mammals. It is home to a variety of exotic flowers like 25 species of Rhododendrons and 47 species of Orchids. Similarly, explorers can also find a cluster of endangered wildlife like the Snow Leopard, Red Panda, Wild Boar, Musk Deer, Wild Yak, the Himalayan Thar. 87 Himalayan medical herbs including Yasrha Gumba and Panch Aule are found here. This remarkable biodiversity is considered to be of global significance and provides a living laboratory for international scientific research.

Some of the Highlight of Barun Valley

Shiva Dhara; a large waterfall coming out of a stone roof.

Mystical Yeti; It is believed that the yeti is found in the Barun Valley.

Explore the untouched beauty of the trail.

The trek to Barun Valley starts at Chichila, which is located about 3 hours drive from Tumlingtar. Tumlingtar can be reached by air and road also. Tumlingtar is about 550km from Kathmandu and can take anywhere from 12 hours. If you are in a time crunch and want to start the trek fast then Tumlingtar Airport is operational and there are regular flights from Kathmandu and Biratnagar. Currently, Yeti Airlines and Buddha Airlines have been providing the service.

The best time to visit Barun Valley is from Spring i.e March to May and Autumn i.e September to November. During this time, the weather is clear and fog and clouds will not obstruct the view of the mountains. The flower and vegetation will be blooming expressing their magical colours.