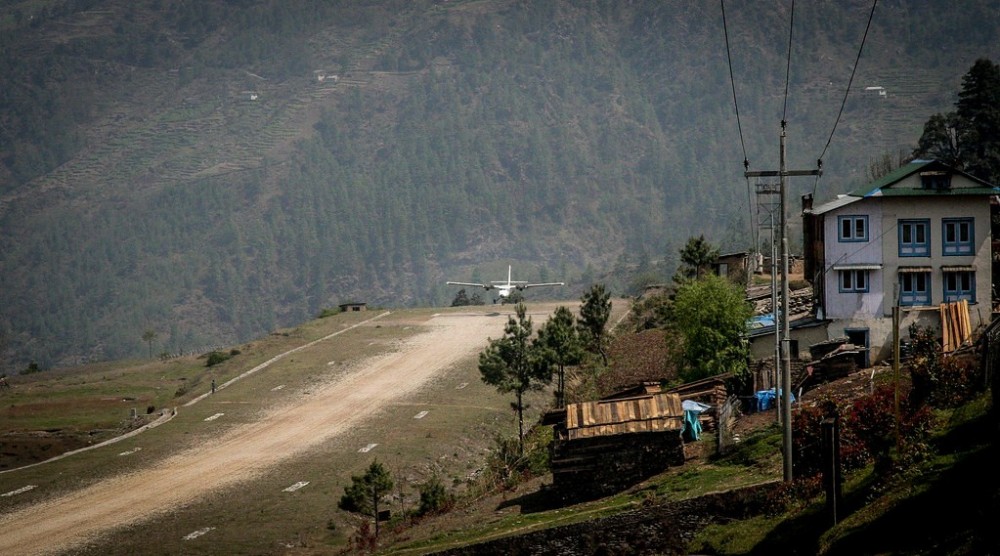 A popular airstrip for tourist going to the Everest Base Camp

Operated by the Civil Aviation Authority the airport was shut down in 2013 to pave the runway and was reopened again in 2014. Phaplu is a mountainous trekking town located in Salleri-2, Solukhumbu, Nepal, and a popular gateway to Everest Base Camp. The airport lies in near proximity to Lukla Airport and flights to Lukla often get diverted to Phaplu Airport.

Flight transportation is much easier and more preferable than road transportation as the district has poor road connectivity and owing to the geographical terrain. The major domestic airlines of Nepal like Nepal Airlines, Tara Air, and Goma Air operate flights to Phaplu Airport.

The IATA and ICAO codes for Phaplu Airport are PPL and VNPL respectively. The airport operates with a single runway which has recently been improved and extended having a length of 671 meters.

Residing at the elevation of 8,035 ft. in the lap of magnificent Himalayas, Phaplu Airport serves the town providing a faster and more reliable means of transportation to locals and tourists. It is one of the iconic airstrips of Nepal which features vibrant terrain, constantly changing weather, and aggressive wind factor jointly inviting harsh circumstances for flight operations.

The airport completes the majority of flights by early morning due to the wind becoming challenging later in the day. The parking ramp can accommodate a maximum of two aircraft, however, it is designed for holding only one aircraft at a time. The adverse weather conditions at Lukla airport sometimes lead to diverting of flights.

Compiled by Rina Kumari Mandal a content writer at Nepaltraveller.