Inside Baber Mahal Revisited, you can catch a  glimpse of a small building- the Siddhartha Art Gallery. Looking at the small and slender building, you might perceive it as meek and insignificant. But brace yourself  for an emotional gut-punch as you go through looking at the artforms illustrating catastrophe. As part of the most ambitious art project in Nepal, Kathmandu Triennale 2077, the Siddhartha Art Gallery tackles a theme that many do not wish to consider: The portrayal of pain and disaster 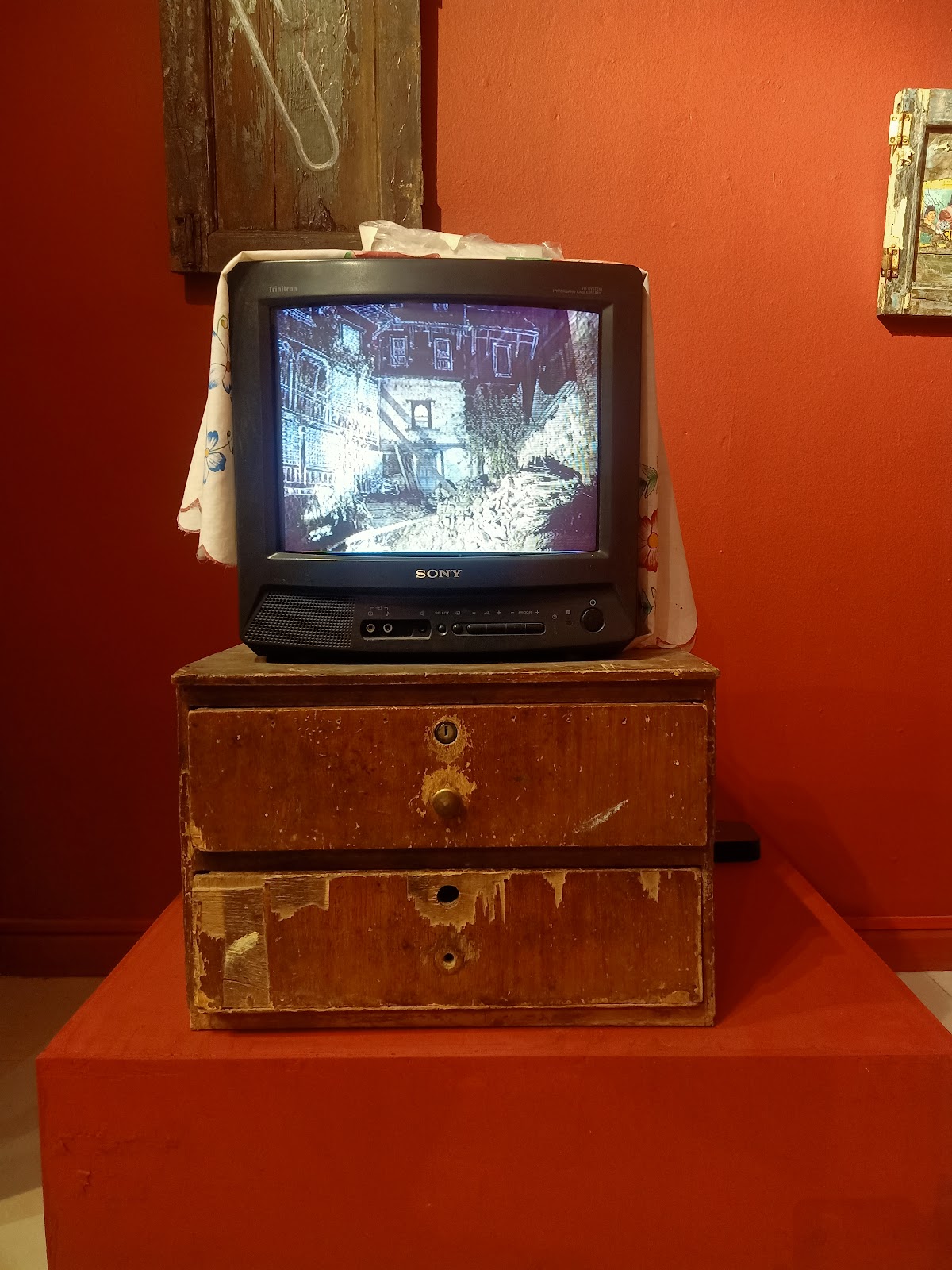 While the fact may be that Siddhartha Art Gallery is the smallest  out of the five other venues, it has nothing to say about the quality of the art pieces exhibited in this quaint location.  By depicting the very real and visceral experience of catastrophe and the pain and suffering, it thoughtfully portrays much of the neglected and intricate aspects of such events. While many turn to cold, hard statistics to gain perspective on such issues, the artists channel the intangible aspects of such events through their bold works of art surrounding loss, trauma, the pain that the survivors experience.  It is difficult to express the depth of such tragedies into written words, but through visual depictions as those presented in SAG, people are given the opportunity to perceive them in a more personal and vulnerable light. 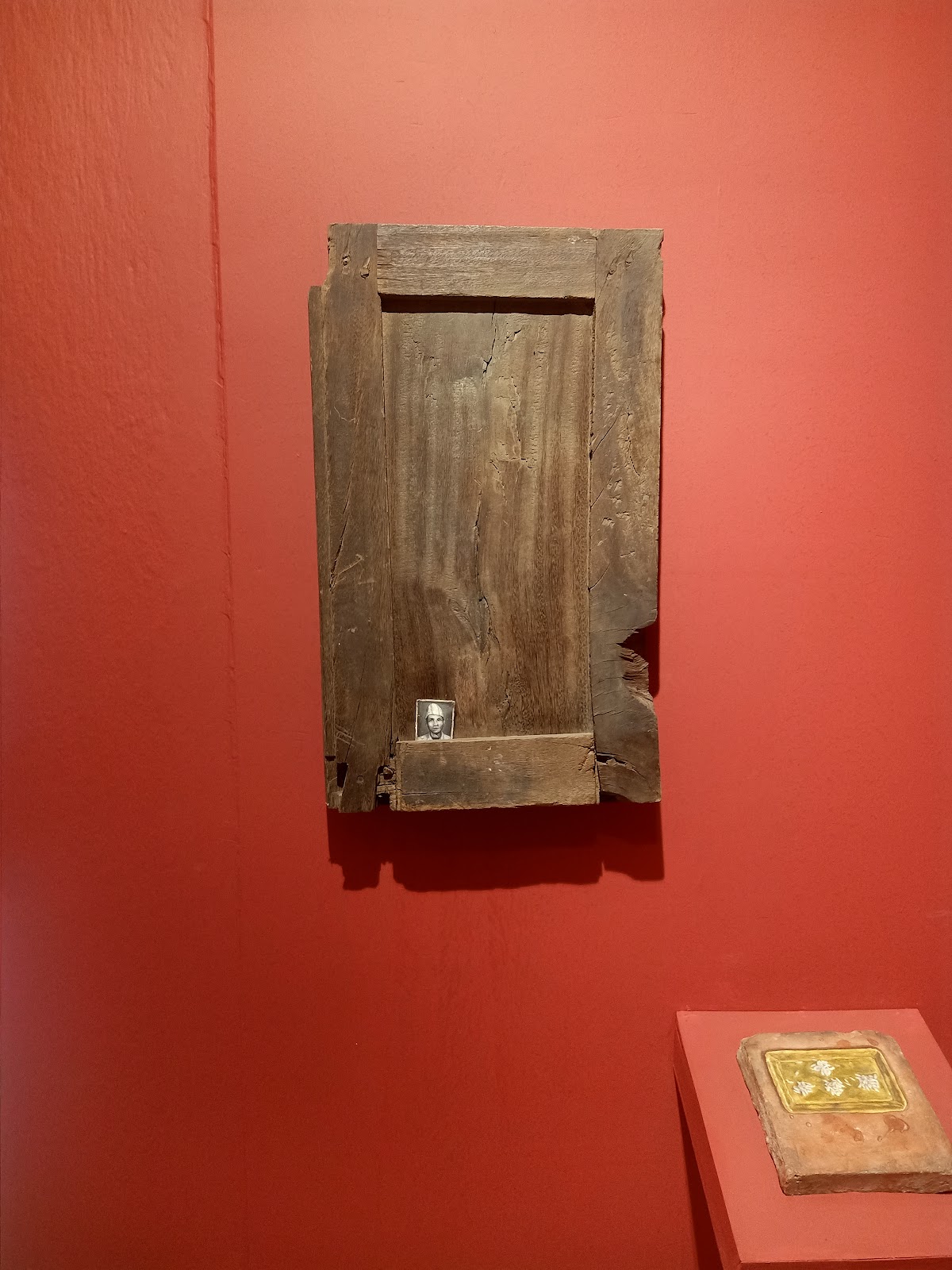 This artpiece, made by Hitesh Vaidya, pays  homage to his ancestral home which was destroyed in the 2015 earthquake.

After revisiting the rubble of his ancestral home, he experienced not only the loss of his family members but also found his fondest memories reduced to brick and stone.  Revisiting the home, shattered in pieces with broken remnants scattered all over his home, he truly felt the loss of not only his family members but all the  memories and experiences in his home of origin reduced to rubble. Therefore, to portray that feeling of loss, he has curated an intricate array of artefacts and debris   to paint a complete picture of how his past has been fractured through this devastating event. This depiction of a small window of his ancestral dwelling with a photorealistic picture of his grandfather etched and carved into the wood signifies how such immaterial concepts have such a real and emotional significance can have over our lives and state of being. 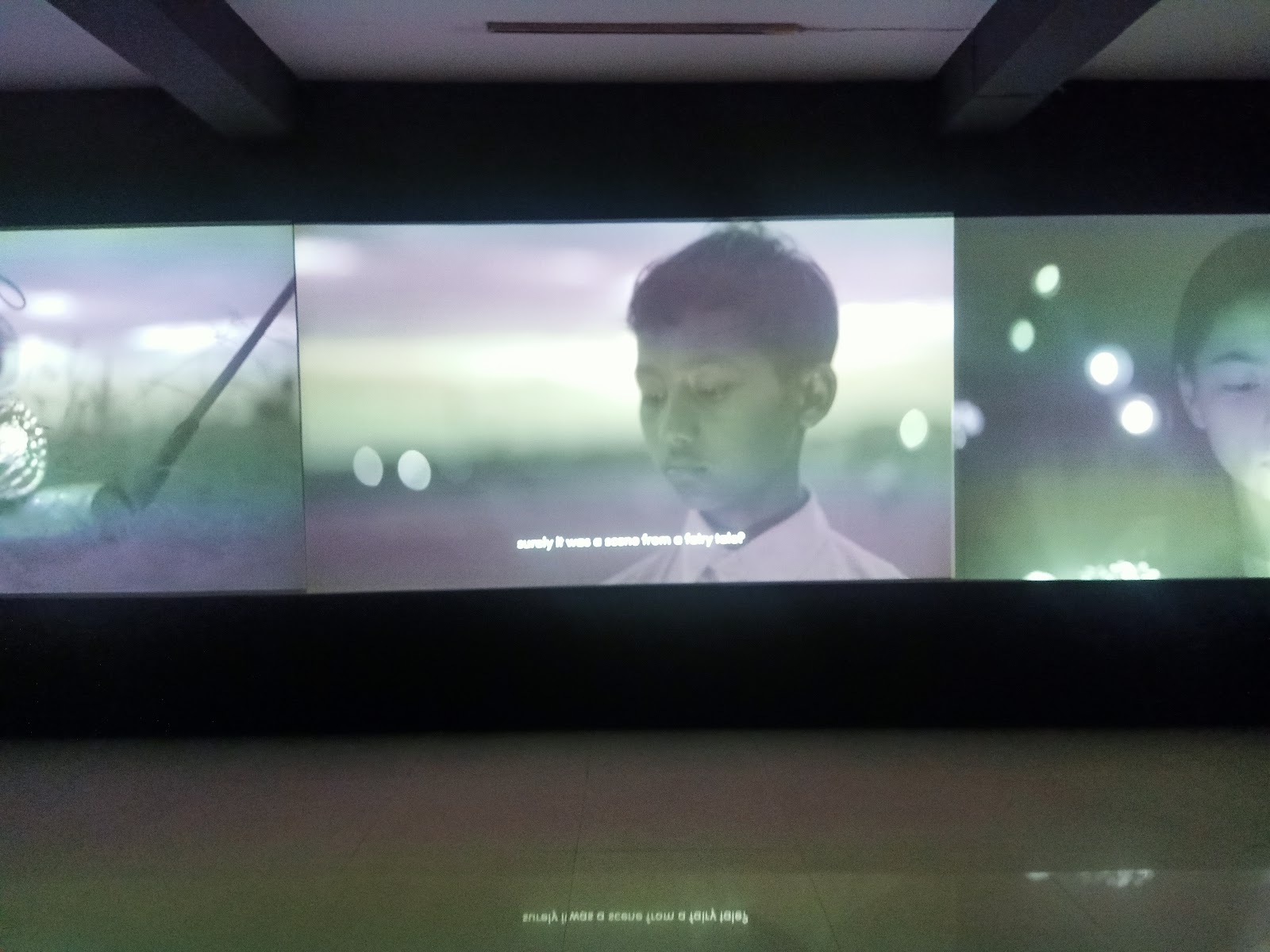 Going upstairs you'll see a short film on a small family going through the relatively unknown 1945 Vietnam famine. This narrative follows along the dire circumstances of starvation and famine experienced by the inhabitants of Vietnam during the end of the Second World War. The short film truly shows its brilliance with the use of black and white pictures on three different screens to show such tragic and gruesome circumstances. Accompanied by the sombre notes playing in the background, this short film truly evokes a feeling of melancholy as we revisit the dire situation of these people more than 75 years ago.  But when the sombre notes cut out to the short moments of deadpan silence, where you are left with only your thoughts ruminating over the  horrors and their most desperate moments  considering everything they needed to do to survive And when the sound slowly comes back and as you slowly attune your ears to the cacophonic sounds of grass rustling, mud being stepped on or cries of the villagers, it hits you right in your heart, the hardships they had to endure.. Within a span of a few minutes, this masterpiece utilised a minimalistic presentation to depict the tragedy of famine while effectively evoking a sense of loss and melancholy in the audience. 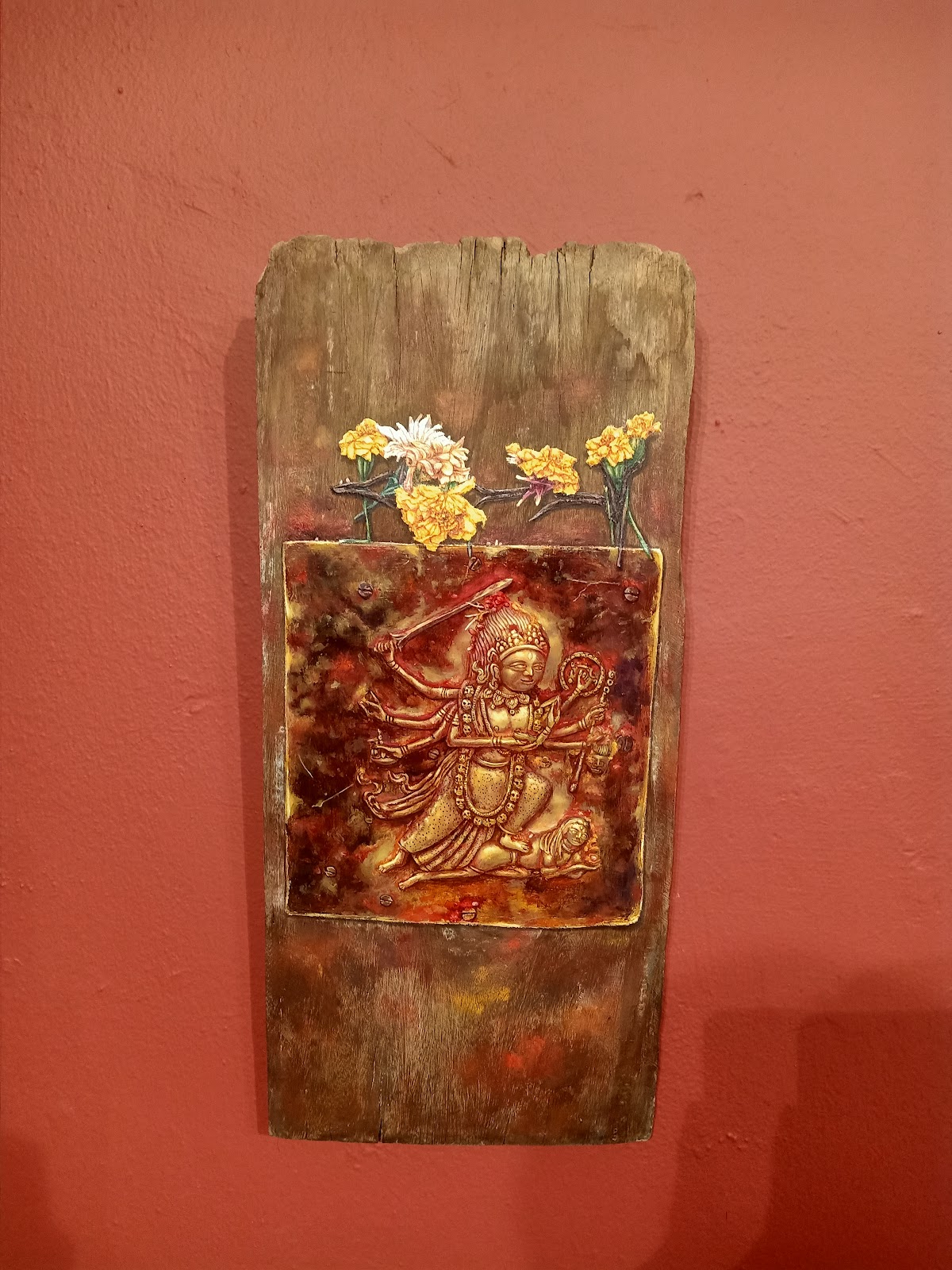 All in all, this theme of catastrophe brought to light in the Siddhartha Art Gallery will make you think not only of the lives lost but the effects such experiences have on the living like an unseen force on the ongoing society. It truly makes you consider all the tragedy that people have gone through and been going through and rather than trivialising their traumatic experiences into cold hard facts and data, to empathise with each victim's hardships and adversities.