Sarangi: Emotions Pouring Out of Strings

The sarangi is used extensively in Nepali folk music. Some versions of it are also prevalent in a variety of other Asian folk and classical music.

Music has existed since the beginning of time. It is unconcerned with boundaries, caste, or language. Music can be enjoyed by humans as well as animals. Even birds have the ability to sing. Even though human ears are not tuned to it, nature in all its infinite grandeur produces music such as the passage of a calm breeze and the tapping of a river on its bank. I'd go so far as to argue that even insects make music. So, what is the point of music? Is it not intended to help us forget a thousand trivial concerns and minor everyday sorrows? Is it not to induce peace to our minds?

The sarangi is used extensively in Nepali folk music. Some versions of it are also prevalent in a variety of other Asian folk and classical music. There are several types of sarangi, but the Nepali Sarangi is a hollowed-out, bowed instrument with four strings. The sarangi is thought to most closely mimic the sound of the human voice because it can imitate human vocal cords. It first gained popularity in Nepal's western region. Traditional Nepali Sarangis are carved from a single block of wood (typically made from a very lightwood) into a distinctive box-like shape with a fretless neck and hollowed-out double-chambered body. The original strings were made of sheep intestine and still produce high-quality sound due to the delicate nerves in the intestine. Also, horse tail hair was commonly used to make the bow. The Sarangi can also produce a variety of notes by tapping the strings with the left hand's nail or finger. As Nepali, we must preserve and promote the sarangi, a Nepali instrument. In Nepal, different ethnicities play different traditional instruments, including the madal, tungna, dhime, sahanai, basuri, khein, and sarangi. And there are those instruments not associated with any particular ethnic group. They are now an integral part of Nepali heritage! "Music is good for your soul," they say. Sarangi has reached the Nepali soul! 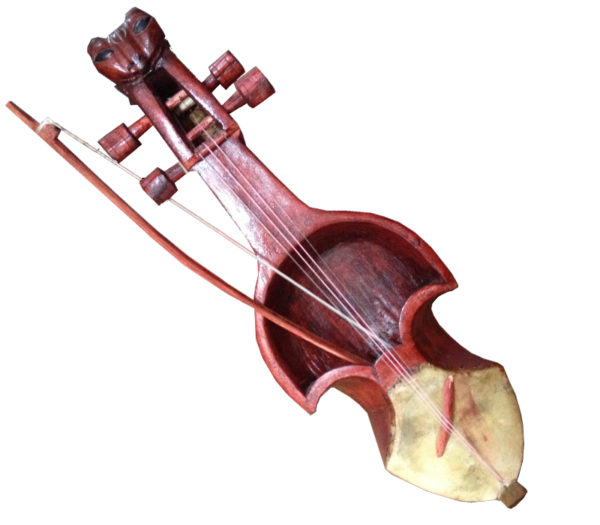 We're currently flooded with K-Pop, Hindi, and English music. We are familiar with their likes and dislikes, and their life histories. We're familiar with their relationships and eating habits. As a result of such fan-following, we now have raised them to the status of demi-gods. It is surprising how little we know about Nepali cinema and music. We don't buy Nepali music very often. This can lead some to believe that there is no music from Nepal worth listening to; that Nepali music is not on par with international music. A sarangi can completely captivate and energise an audience with incredible performances. It exemplifies the power of Nepali folk music. Perhaps traditional instruments like Sarangi haven't been advertised or marketed right to the urban youth.

Mastery In Culinary And Musical Royalty