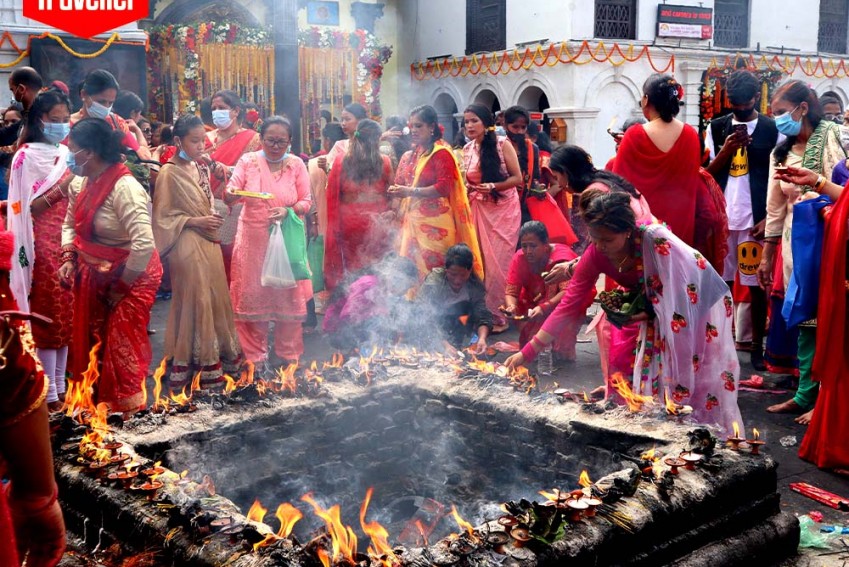 Rishi Panchami, a festival honoring the seven sages (Saptarishi), is celebrated by Hindu women across the nation.

The Hindu community celebrates Rishi Panchami as an auspicious festival and the last day of Teej in honor of all the sages. The carnival of Rishi Panchami, which honors the Saptarishi - Vashishtha, Jamadagmi, Gauthama, Vishvamitra, Bharadvaja, Atri, and Kashyapa, is observed on the fifth day of Shukla Paksha in the month of Bhadrapada. Arundathi, Lord Ganesh, and the Navagraha (nine planetary gods) are also worshipped on this day.

In accordance with Hindu mythology, women fast on Rishi Panchami in pursuit of receiving the blessings of seven sages and to confer their wishes for happiness and wealth. Women bathe in neighboring holy rivers, lakes, or ponds on Rishi Panchami with 365 stems of datum (a medicinal plant), cow manure, earth gathered from holy sites, and ash. They offer panchamrit to Saptarishi deities. Along with sandalwood and vermilion tika on the deity, they depict them with flowers, incense sticks, an oil lamp, and bhog.

Women decked in red attire sing and dance to the tempo of traditional Nepalese melodies in alleys and temples on the occasion of Rishi Panchami.

Sankata Mandir: Believed To Ward Off Bad Luck And Sickness

Janai Purnima At A Glance