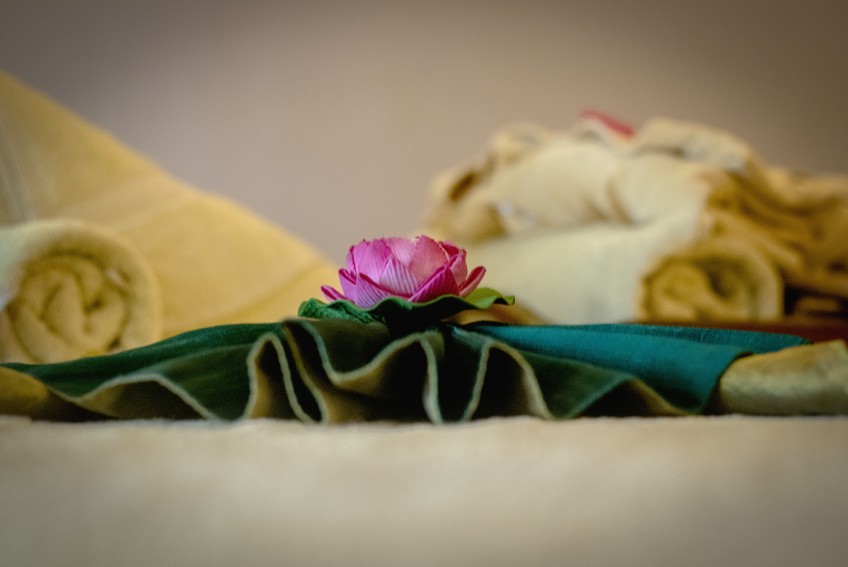 Spas are sophisticated and modern, but the ones like Spa Prana have also combined traditional elements

Days in the city are hectic; the workload with the incessant traffic and noises can be quite burdensome. It is during these days we seek an escape, even an hour of serenity and quiet. It is probably due to this reason spa culture in Kathmandu is rapidly expanding. If you roam the cities of Thamel or Jhamsikhel you are bound to find a spa, with its attractive boards offering rejuvenation and relaxation.

But many spas do not give the relaxation that they initially promise in their glossy ads.  When I stumbled upon Spa Prana, I found exactly the opposite. The name ‘Prana' means soul in Sanskrit and after an hour of therapy there, I found Spa Prana, unlike other spas, offers relaxation and rejuvenation of the soul, mind, and body as promised. 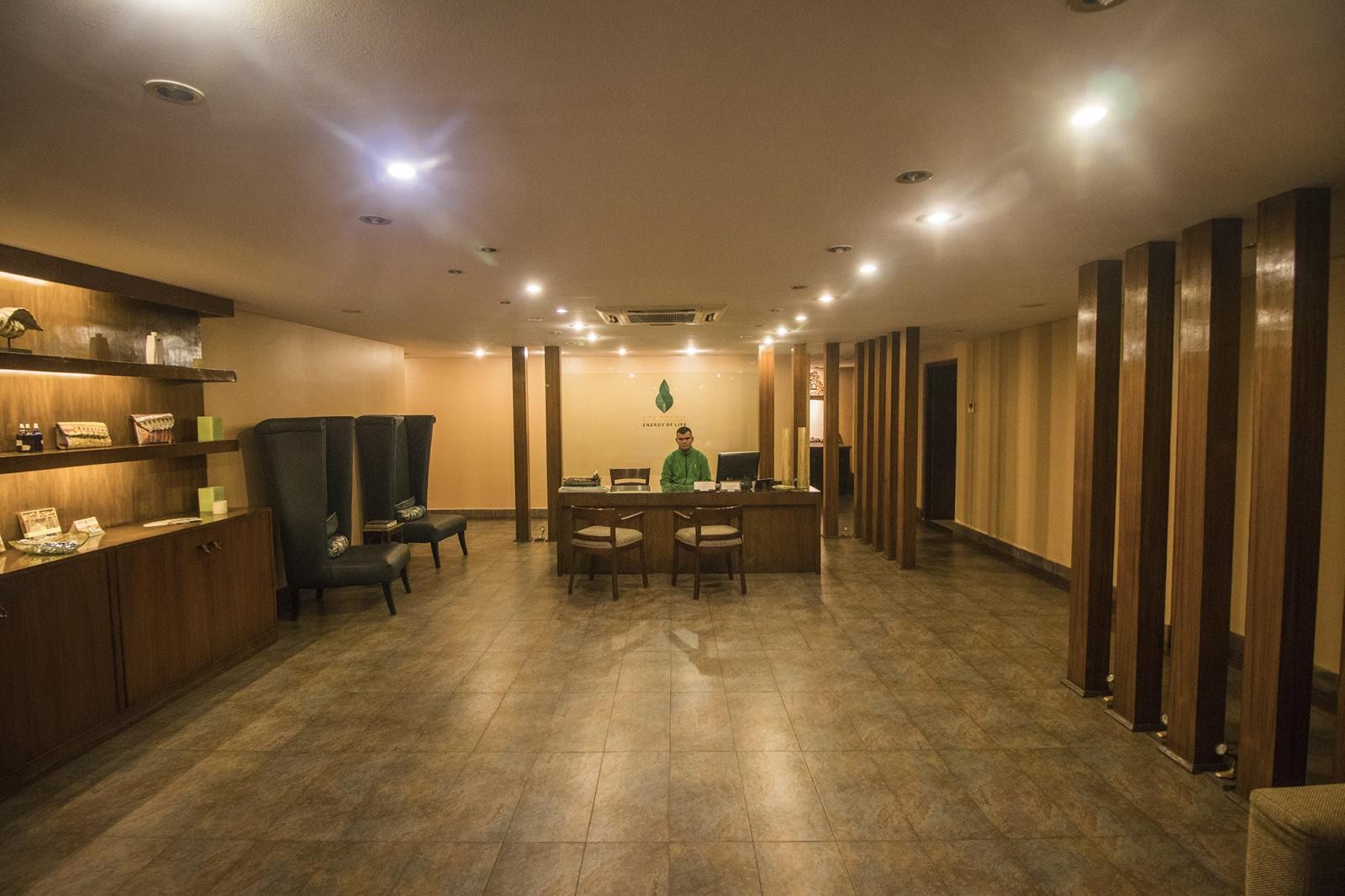 ituated in Durbarmarg, people might find this spa outlet more chic and uptown in its appearance. A huge glass door opens up to an inviting and spacious lobby.  Perhaps the first very thing one might notice is the fragrant smell of lemongrass in the air; a stark comparison to the pollutant air just outside. As soon as one enters the lobby, the jarring noise of the road dies to a pleasant hush and a soft instrumental music hums in the background. The colours of the wall are earthy brown and bold patterns don't demand your attention.  After a few minutes of introspection, you might feel right at home.

Phoebe Shrestha, Manager at Spa Prana gives me a detour of all the therapies at Spa Prana. Like all other spa establishments, it offers basic massages like Ayurvedic massage to Hot Stone to Shirodhara. But what I like most about it is that you get to pick your essential oil from a choice of four; Lavender, Tulsi, Juniper, and Palmarosa. When asked about the speciality of Spa Prana she states, "People usually think negatively about spas but Spa Prana is family friendly as well. We make it a point to offer ultimate holistic relaxation to our customer". 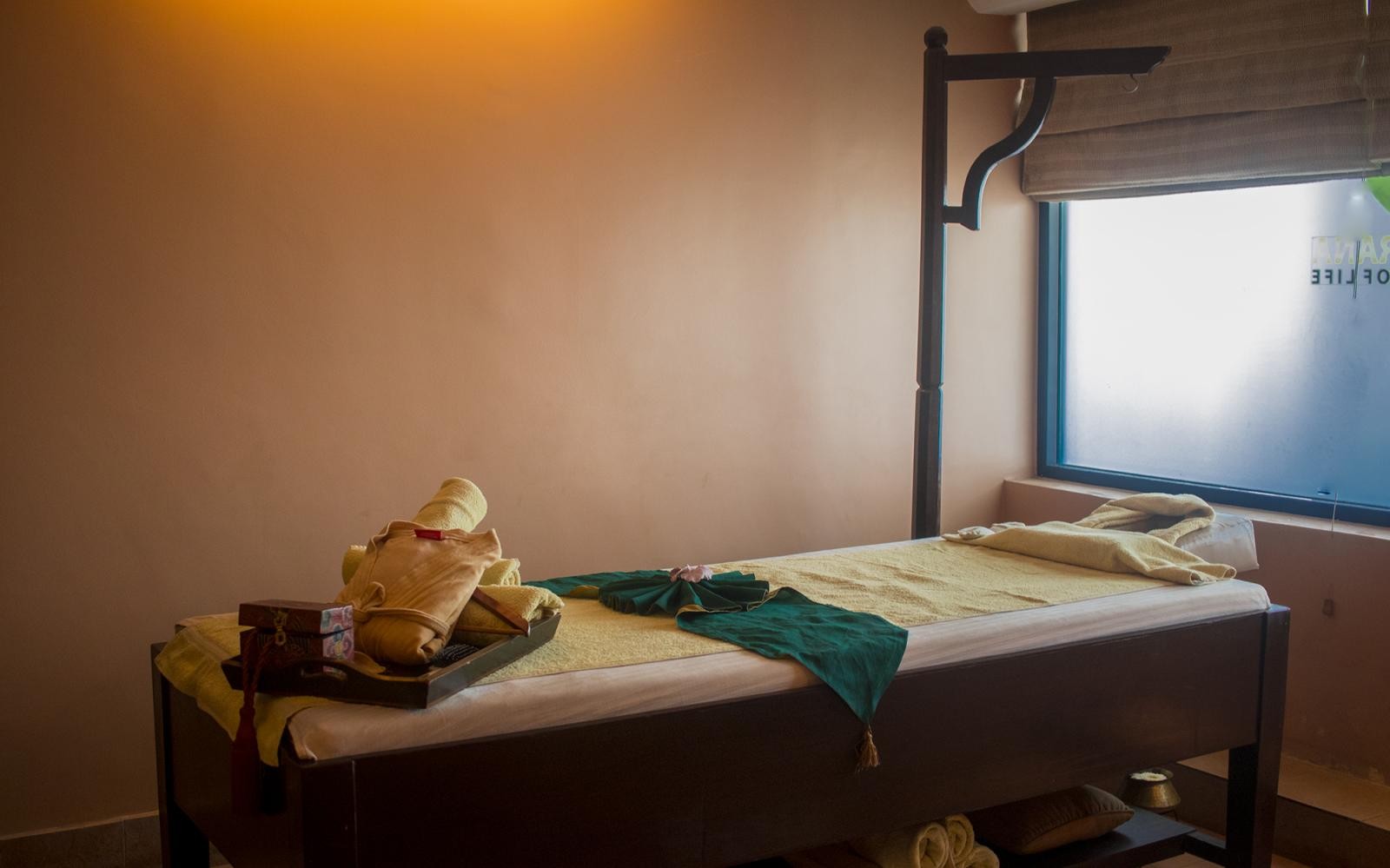 Usually spas in Kathmandu are very modern and sophisticated but in tiny details such as in the wooden latch used in the doors, or a traditional brass door handles or sometimes including a Newari Malish in its menu – Spa Prana goes on to show that including some traditional elements in a spa can give a unique outlook and experience. After a thorough scanning of the menu, Phoebe suggests a Newari Malish, focusing on my problem areas – shoulders and back. After a few minutes my therapist, Sarita ushers me into a room. Usually spa rooms are small, dark and dingy but the massage rooms here are large, luminous and also include a large traditional bathtub and a separate attached bathroom. The walls here like the lobby are coloured in an earthy tone that immediately puts me at ease. 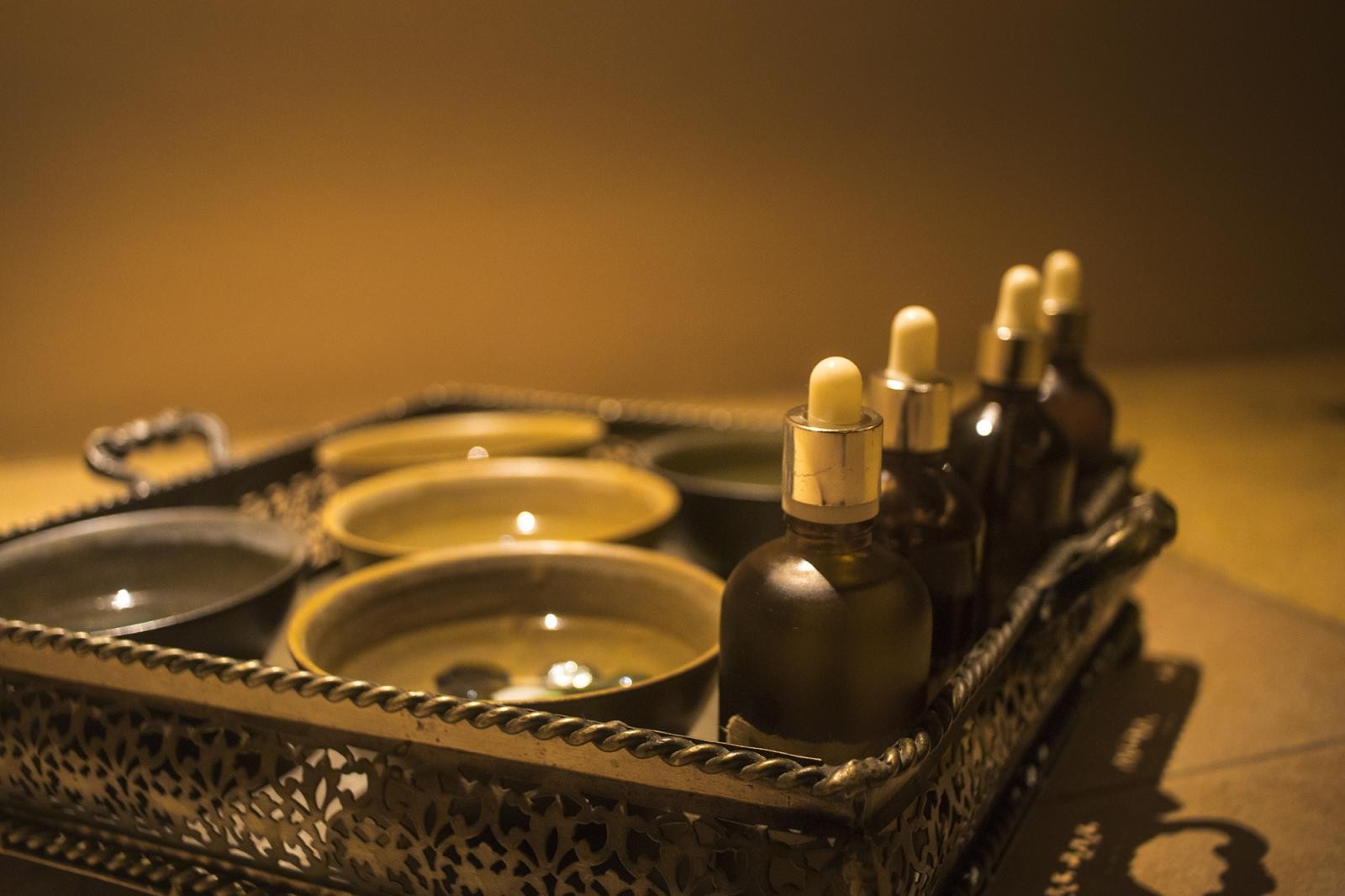 Sarita begins the therapy by gently stretching my muscles so as not to cause any cramps and especially as Newari Malish can have a slightly rough sensation. Beginning with a soft glazing of the hot oil on my skin, she quickly massages it in before it can go cold. She eases out the tense muscles on my shoulders with a circular motion while also focusing on the pressure points. The massage focused on the back can be quite harsh for a person who's not used to massages but if the afterward relaxation is considered then it is totally worth it. Sarita repeatedly asks me if I have any problems with the amount of pressure, and if you are like me, not used to hard massaging than I advise you to tell so to your therapist. 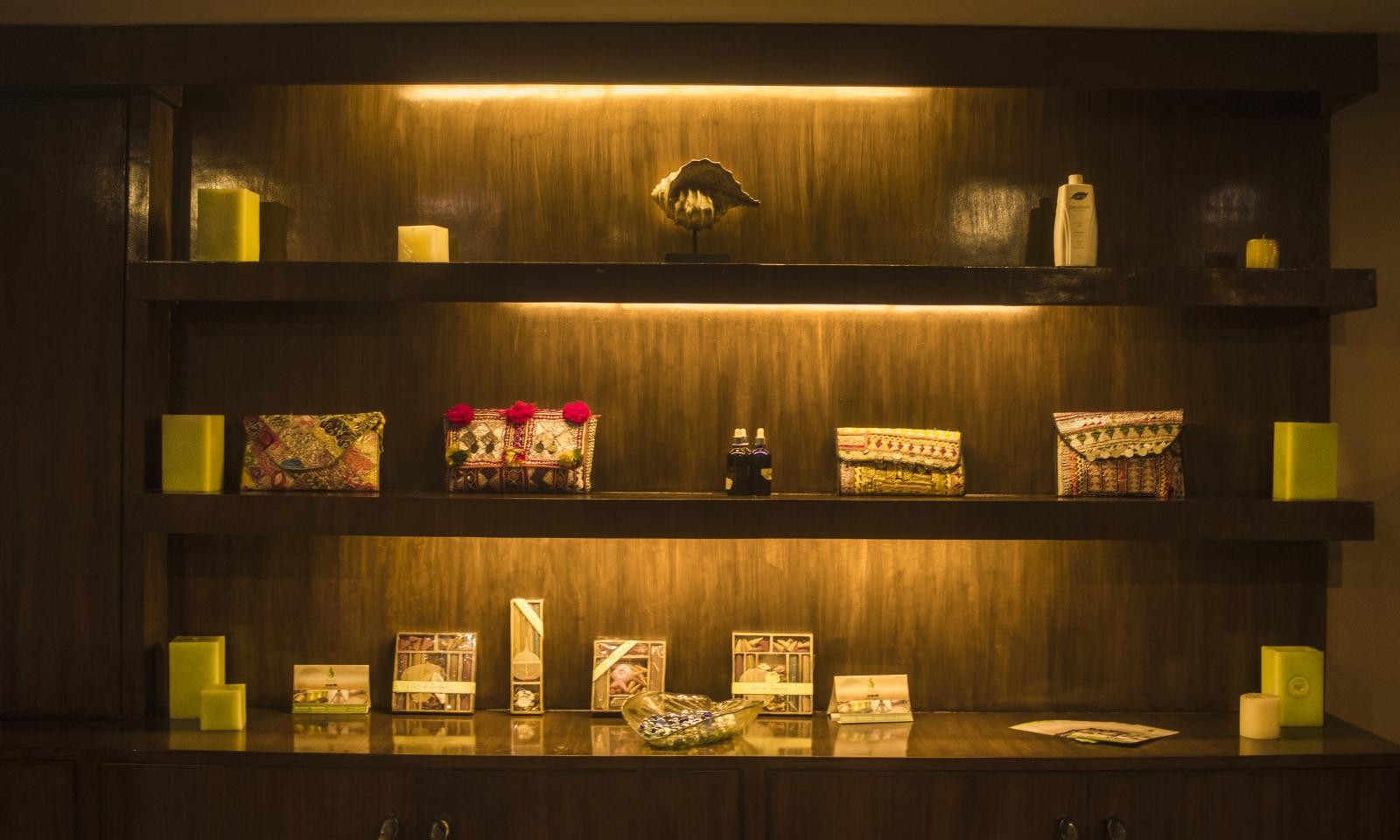 Slowly I can feel my muscles relaxing and unknotting almost with an audible crack, the previous week's stress is slowly melting away in pure bliss. Before I know it, 60 minutes pass in a momentary blur. After the massage the previous heaviness in my body as well as in my mind is no longer there. The lingering relaxation spills into my consciousness, I knew than what I needed to do in order to sort out my priorities. It is absolutely true about the fact that spas provide holistic relaxation – of the mind, body, and soul.

Whether it is the tranquil ambience of the spa, the relaxing hands of the therapist or the soothing cup of green tea, a day at Spa Prana is bound to give you a deep relaxation that lingers long after you've left it. 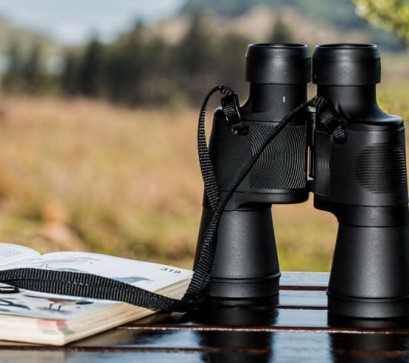 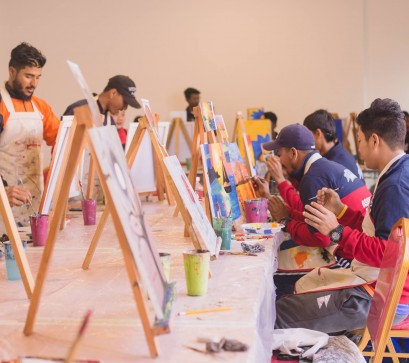 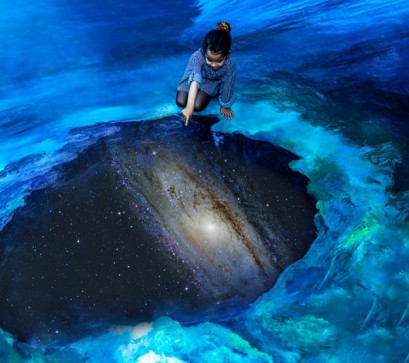