Grand Seiko unveiled its best watches from four well-known collections at an exclusive event on July 22—for the first time in Nepal. 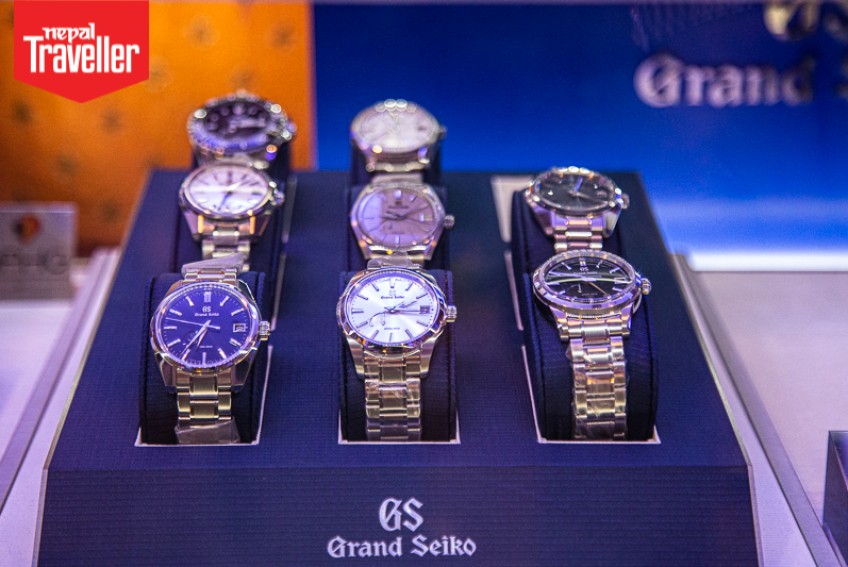 Grand Seiko was formally inaugurated in Nepal on July 22 at a special event hosted at the Radisson Hotel. Along with media personnel, the event was attended by eminent business leaders, corporate executives, and luxury watch enthusiasts.

Known for their fine precision, Grand Seiko watches are more than just eye candies—they’re an amalgamation of exquisite craftsmanship, innovation and relentless effort.

The event featured timepieces from Grand Seiko's four well-known collections—Evolution 9, Heritage, Elegance, and Sport. The 'White Birch (SLGH005), winner of the 2022 Red Dot Award and "24 Sekki - Shunbun" (SBGA413) were among the most outstanding watches displayed.

Speaking at the event, Grand Seiko India’s General Manager Rajesh Patel shared, “It’s an honour to inaugurate Grand Seiko in Nepal as Grand Seiko had been figuring out how to cross Everest and debut the watch in the land of Himalayas.”

The event was organised in collaboration with Swiss Timepieces, the authorised retailer of Grand-Seiko’s collection in Nepal.

Art|Tea|Nature- An Amalgamation Of Traditional Creativity