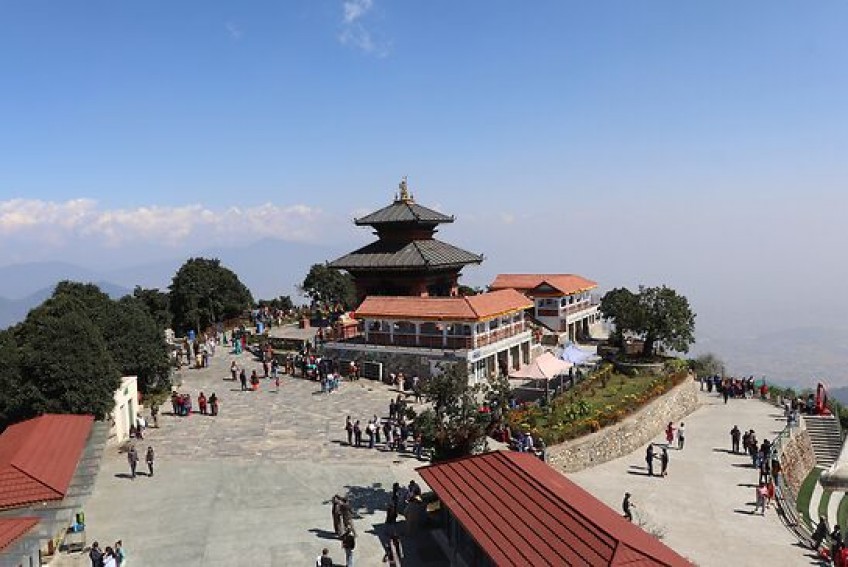 Visit these peaks for panoramic view of Kathmandu Valley

Kathmandu is a valley that is fenced with many peaks all around. There are many lush hills around Kathmandu that adds to the magnificient natural exquisiteness.

The name, Phulchowki, literally translates to ‘Hill of Flowers’ and as springtime etches around the corner, the entire hill blossoms into rich colours. With Rhododendron, Magnolia, Yellow Jasmine and wild roses in full bloom, the forests of Phulchowki burst into a colourful mirage of fauna, leaving all visitors astounded by its scenic beauty. Historically declared as one of the most breathtaking sights in Kathmandu valley, Phulchowki is an immensely popular destination for hikers and casual visitors.

At an altitude of 2782 mt, it stands as the highest point in the valley, offering a majestic view of the Annapurna Range,the Everest Peak and the rolling hills of the Mahabharata Range.

Lying at a distance of 14 km South from Kathmandu is the starting point of the trek- Godawari Botanical Garden. From that point on, the hike lasts about 4-5 hours at a comfortable pace. Moreover, one can expect to encounter sub-tropical forests and a great distribution of biodiversity.

Chandragiri Hill represents one of the turning points of Nepal’s history. Standing atop the 2551 m high hill, King Prithvi Narayan Shah made the decision to unify all the kingdoms existing within the region of Nepal. As he stared down into the valley ruled by the Malla Kings, he envisioned a sovereign nation that evenly distributed the prosperity of the three cities.

Chandragiri lies about 7 km from Thankot, Kathmandu and is covered in dense forests and temperate wilderness. On the peak of the hill lies the temple of Bhaleshwor Mahadev which is believed to be one of the strongest deities in the valley- moreover, granting wishes to its devoted pilgrims.

While treks are still quite popular in this area, the rigorous path taking up to 8 hours in the ascent is not for the even bravest of hearts. However, in recent times the most convenient form of transportation to and fro is the cable car service. In 20 minutes of gradual ascent, one can gaze into a spectacular view of the valley as well as the Himalayas in the distance.

Along with these attractions, there are various amusement activities available in Chandragiri including zip-lining, an amusement park and an eco-friendly boutique resort.

Nagarjun Hill is located in the western side of Kathmandu Valley. At a height of 2128 mt, the hill is surrounded by a view of the Himalayan mountains; Manaslu, Ganesh Himal, Langtang and more!

Nagarjun is named after one the Mahasiddhis who spent long hours meditating on the hill. The MahaSiddhis are individuals who attained direct realisation of Buddha’s teachings within a single lifetime. Till today, the historic meditation cave still stands amidst the thick forests. A Buddhist Gompa lies atop the hill, open to visitors interested to learn the ways of meditation and prayer.

Despite being in close proximity to Kathmandu Valley, Nagarjun is almost devoid of settlement. Along your 3-4 hour hike up the hill, you are quite likely to catch sight of a pheasant, deer or even a few monkeys. The hike trail leads through a canopy of forests, so anticipate a cool, peaceful walk through nature and candid wildlife.

The second highest peak of the Valley, Shivapuri stands at 2,563m overlooking the Northern Fringe of Kathmandu. In the past, Shivapuri was declared the private hunting ground of the Ranas, however in 1976, the area was declared a protected/conservation area. Due to the flow of natural spring water through this region, it was labelled as a watershed area in 1976. It was only in mid-2002 that it was officially declared a national park.

A short 20 minutes drive towards Budhanilkantha will officiate your trek through the Shivapuri National Park. The forests are packed with temperate and subtropical species of trees such as pine and oak. As you trek through the region, it is likely that you will come across a variety of medicinal herbs. While sightings are pretty rare across the hiking trail, sloth bears, leopards, civets, pangolins, wildboars, langurs and porcupines are the natural inhabitants of this forest. The National park is also home to 177 species of birds out of which 9 are endangered, 150 species of butterflies (both rare and endemic) and 19 species of mammals.

As you slowly embark upon your trek, you will notice prayer flags leading up to the Nagi Gompa. The Nagi Gompa is a Buddhist Monastery/ Nunnery where Buddhist nuns from all over the country gather to pursue the realisations of Buddha’s teachings. The Nagi Gompa is also a resting point for those hiking up the Shivapuri Hill. As you hike further up the hill, you will also encounter a shrine dedicated to the ascetic, Shivapuri Baba.

Top 4 Hikes In The Valley 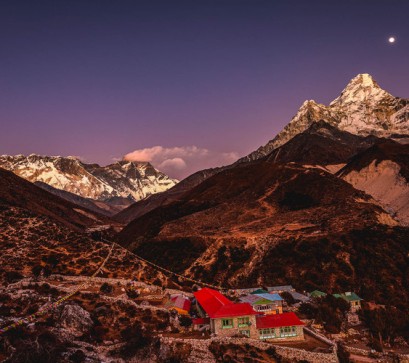 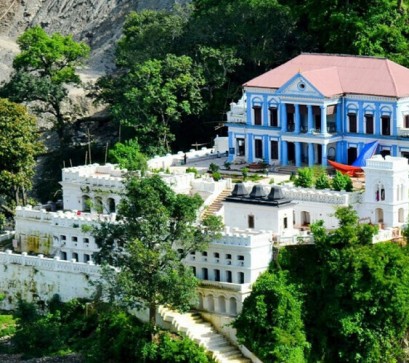 Rani Mahal: A Palace Across The River