The five days long and Nepal's second biggest festival Tihar, is among the very few festivals that felicitate animals

The five days long and Nepal's second biggest festival Tihar, is among the very few festivals that felicitate animals. Like dogs and crows, there is also a special day during Tihar dedicated to Ox (known as Goru in Nepali.)

Goru Tihar or Govardhana Pooja is the fourth day of Tihar. The specialty of this day is a famous story behind it. Once upon a time, there was a drought in Vrindavan village. So, the villagers of Vrindaban worshipped Lord Indra, God of Rain, but Lord Krishna persuaded the villagers that the rainfall is because of Govardhan hill, not Lord Indra. The persuasion by Lord Krishna aroused the anger of Lord Indra, and he made a heavy rainfall, stormy weather, and floods everywhere. Lord Krishna hence uplifted the Govardhan hill to protect and shelter the villagers from the thunderstorm, flood, and rain. Since then, the people make a small hillock of gobar (cow's dung) representing the Govardhan hill and worship to pay the tribute.

Another importance of this day is Goru Tihar. There is a belief that Goru (Ox) was the messenger of Yamuna to her brother. Also, Goru is the vehicle of Lord Shiva, the Nandi. We worship Ox to pay tribute to help us grow crops by helping to plow the fields. Legends say that the one who ties the thread worn on the day of Janai Purnima (Doro) in the tail of an Ox will be led to heaven by the Ox crossing the mythical river. Delicious offerings are made and fed to Ox on the occasion of this festival.

In the evening, people go around to houses in groups, playing Deusi, a musical program. The house owners give some money or food or present in return for entertaining them with the songs and the blessings for their welfare.

Kaag Tihar: When Crow Are Worshiped 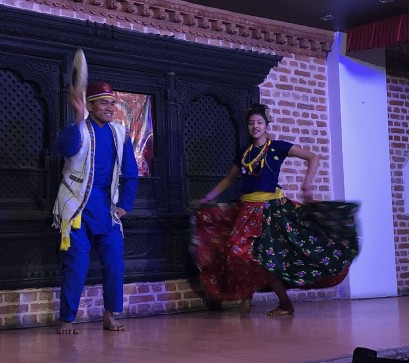 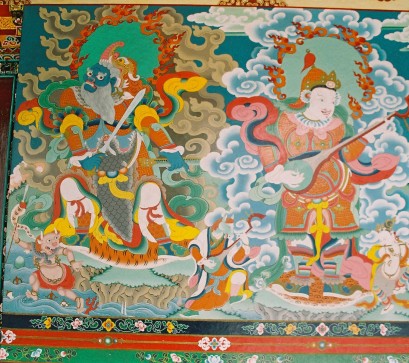 Thangka: A Message from the Temple

Chyangra Pashmina: Love from the Himalayas