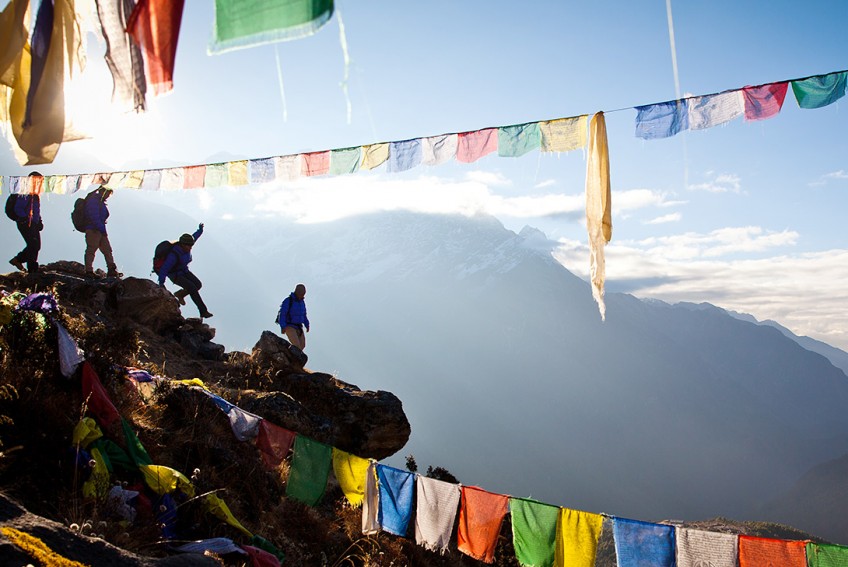 A group of Nepali women with no experience in mountaineering first defied the odds by climbing Everest. After that, they climbed the highest mountain on every continent. But they say it is only the beginning.

On a rainy Sunday afternoon, I meet some of the strongest girls of Nepal and perhaps the world. I am ushered into a modest room in Lazimpat and after a few seconds, three ladies step into the room. They cast their beaming smile, with a few hint of vulnerability and lot more hint of unfettered confidence. The handshake I receive is a firm one unlike any hand I have ever shaken; a stark comparison to their humble and gentle smile. I grow flushed as I am overpowered by their towering personality because unlike them the bravest thing I have ever done is walk 20 minutes from the bus stop to home.

There needn’t be any introduction as I know who they are; their stories have been covered by national and international media with pictures of their jubilant smiles at the top of Everest and Vinson Massif, the tallest mountain in Antarctica. I ask them how it feels to be the first group of seven women in the world to climb all the tallest mountains in the seven continents, to defy what society thinks of women, to do something which in 30 years only 37 women have successfully attempted.

To this Asha Kumari Singh says with conviction, “We always wanted to do something big in life, it need not have to be climbing mountains.” For a woman who hails from the Danuwar community of Mahottari, she became the first person in her community to ever climb Everest, let alone a mountain. When she told of her plan of climbing Everest, her family didn’t even know what Everest was. “I realize then how essential it is for a person to break free, to break barriers and to commit to it regardless of how stupid it appears to others,” she says.

But then the group simultaneously agree that it was no easy task. Fighting people’s disbelief and doubt, not letting it affect their hard earned determination was the most difficult. People said that half of them wouldn’t return alive cut deep into their self-esteem. Trust was the currency that they had to earn to find people to sponsor their expeditions but it was exactly what they lacked. It wasn’t that there weren’t people to support their cause, but when it specifically came to financing and sponsorship people backed out. They weren’t ready to invest in something so unpredictable.

But they never did let those negative voices weigh them down. Not when they climbed the stairs of Swayambunath with 5-8 kgs on their backs for 2 hours daily and certainly not when they climbed the final steps to the top of Everest in the biting cold. Nevertheless, in their part of the story, the government was their support throughout their expeditions. They agree that without the government’s support they wouldn’t have been able to do it even when people always criticise the government. Trekking Agents Association, Nepal Mountaineering Association, and the international World Food Programme were leading supporters who believed in their determination and cause.

Maya Gurung especially has much to say about that unfaltering spirit even though she typically speaks very little. It started when she was 14. She ran away from her hometown Sindhupalchowk where her marriage would happen the next day and boarded a bus not knowing where it would lead her. The next morning she woke up in Jhapa more than 250 miles away. The next day when the police found her and brought her back home, her family had already abandoned her; her father had already performed her death rites. Society despised her and people cautioned their daughters not to be like Maya. She had suddenly become an outcast of society. More than being disappointed she set off to Kathmandu to create her own future. In her heart, she always knew she was a rebel.

Even during her years in Kathmandu, Maya recalls that she ran away from home to start her Everest training, more precisely in a pair of torn converse shoes. She smiles with such lightness and says it seems that she has lived her life running away. But I remind her that she has reached exactly where she dreamed about… the top of the peaks. To which she replies, “All I have learned from life is that if you really want something, it can happen no matter what others say. The mountains are simply there to be conquered, it does not differentiate between a man and a woman.”

Chunu Shrestha, who belongs to an indigenous caste of Kathmandu known especially for their business culture also caused shock when she decided that she wanted to climb Everest, so far away from her ancestral occupation. But she says with conviction, “When we realized we had climbed Everest as a hundred percent successful team, we knew it was only the beginning.” They knew that now women who were barred by society’s conventions would look up to them with trust and inspiration. Maya who was despised by her people now is a role model for them; people tell their daughters to be like Maya. 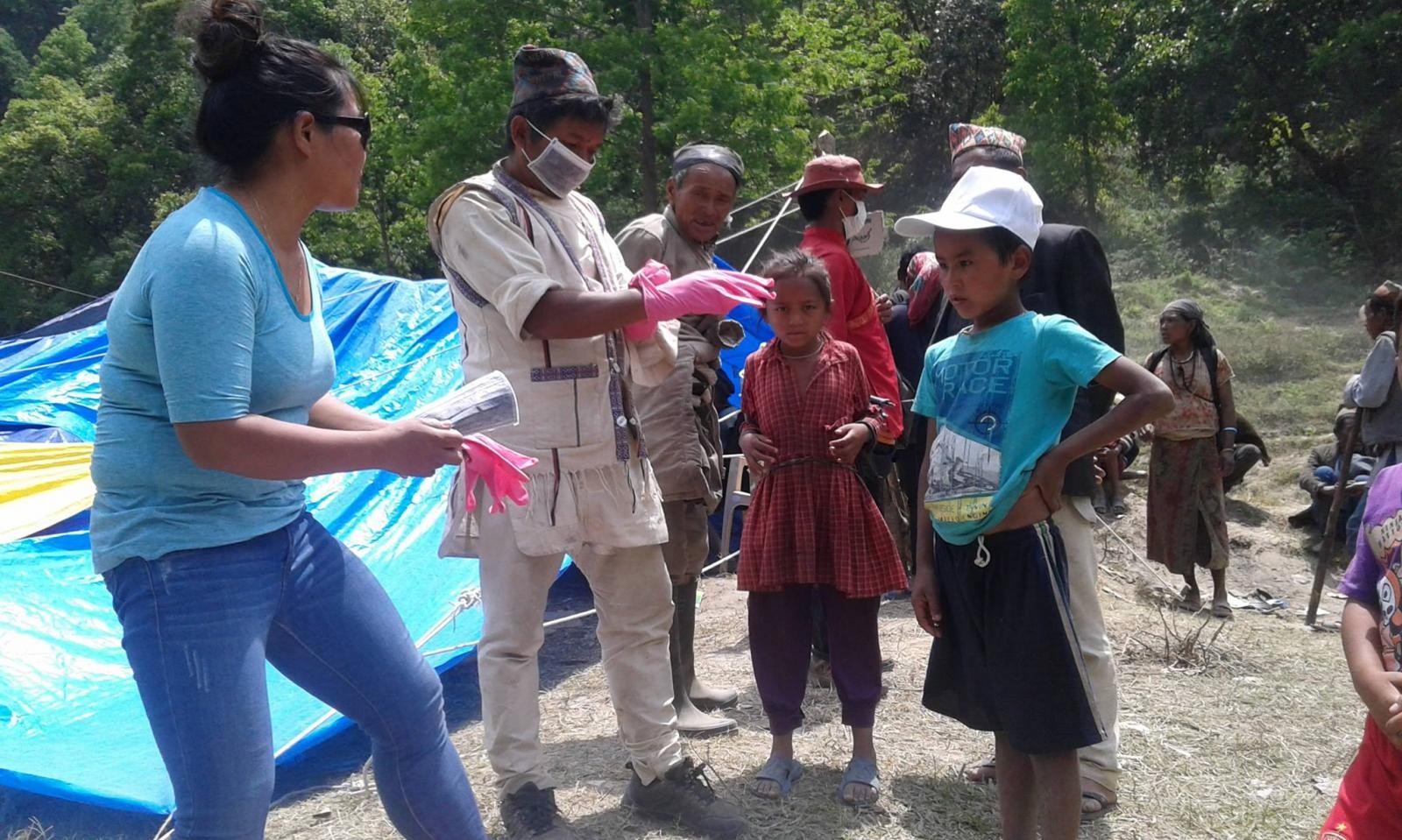 When they completed their mission of climbing the seven summits, the devastating earthquake hit Nepal in 2015. The hometown that Maya grew up in lay in clouds of dust and mounds of rubble. The team instead of seeking the glory that they should’ve gotten carried some tarps and rice as relief and marched to the most affected areas of the earthquake; the first relief the people would get.

This would be only the beginning of their work, with time they grew more passionate about returning to the society. It seems ironic though; the society which had despised them so much for their ambition would now look up towards them. They say unanimously, “Like us there are so many women who want to follow their ambition but don’t know the way. For them, we are a medium.”  In just three years they have done significant work to improve the lives of women. They have trained trafficked women to be qualified trekking guides who will officially go into business from this season with their own trekking agency. They have conducted motivating talks in over 200 schools all over the world.

Maya says that the real Nepal is not Kathmandu; it is the rural areas where people are not getting education even when they want to learn. The damage caused by the earthquake has worsened the situation and the team of women have committed themselves to the reconstruction of schools and even providing afternoon meals to improve school attendance.

All the women started on a journey of self-discovery and to improve their present circumstances. They have conquered everything; the mountains that were thought only for men and even the fear of death. They have risen above every barrier that has stopped their path. Only they do not admit with such pride, they are far too humble for that. They only smile and say “This is only the beginning.”

Shuvekshya Limbu is a Content writer at Nepal Traveller. An avid reader and dreamer she has an infinite love for stories and metaphors of life. 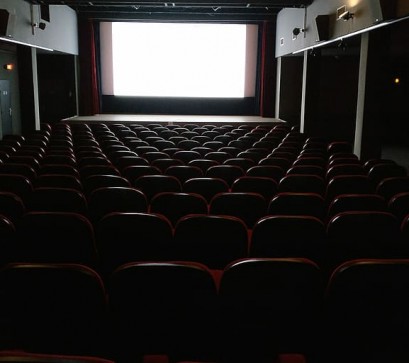 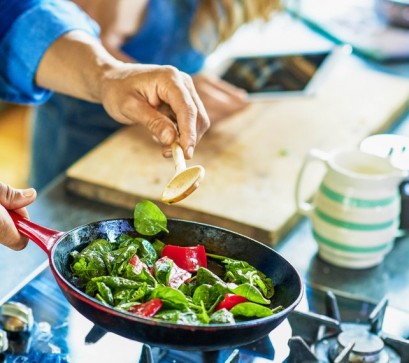 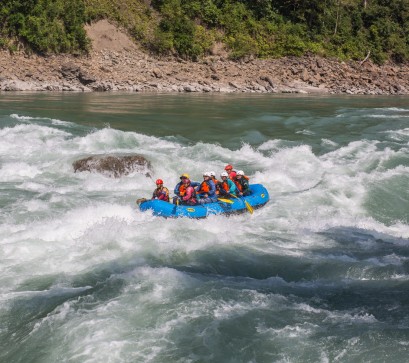