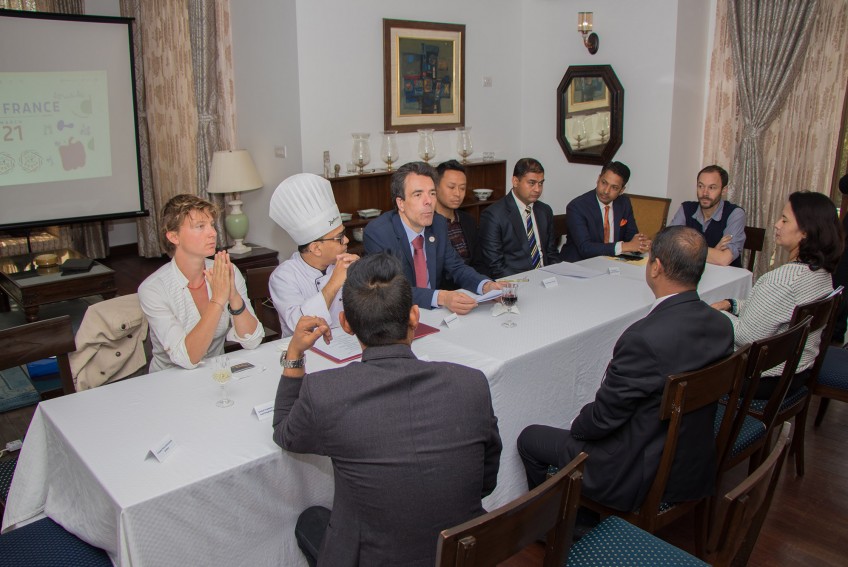 A press conference was held at the Residence of France, today March 7 organised by the French Embassy in Nepal to discuss the fifth edition of ‘Goût de France’, an initiation by the then French Minister of Foreign affairs, Laurent Fabius.

‘Goût de France’ translating to Good France is a unique global event held in five continents in over 150 countries that reflect the beauty and excellency of French cuisine with a local twist. This year’s event will have over 5000 chefs preparing authentic French meals on March 21 worldwide.

The conference was attended by French Ambassador to Nepal, His Excellency, François-Xavier Leger and the representatives of restaurants and schools participating in this year’s grand event. Each representative shared the names of delicacies to be prepared during the event, some of which are the Cassoulet, Coq au Vin, Chocolate Soufflé and Flamiche.

French Ambassador to Nepal, His Excellency, François-Xavier Leger said “As a Frenchman, it gives me immense pleasure to see the importance being given to developing a food culture and being innovative. I have found that Nepal and France share common values when it comes to gastronomy. Like in France, Nepal also believes in shared meals, in the friendly atmosphere, and use of local organic products.”

With the sole objective of celebrating French heritage and gastronomy, this eminent event looks forward to expanding French cuisine to the world sustainably with the help of local talents and products. 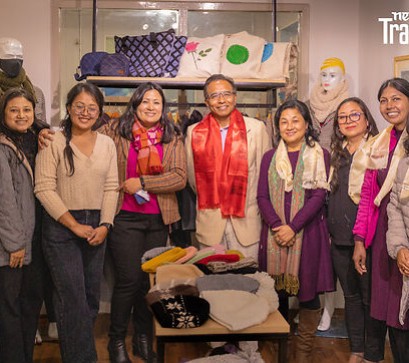