Ropai Jatra, a Festival of Farmers

Nepal celebrates agriculture on the 15th of Asar 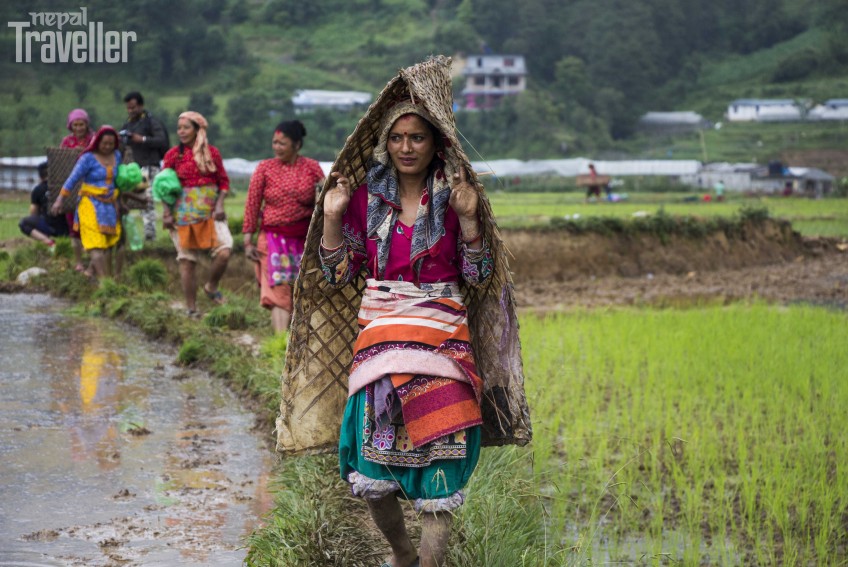 Asar 15 is a day full of fun and festivities and eating. ‘Mana Ropera Muri Falauni’ (sow little and reap in abundance) is commonly said during the month of Asar.

Monsoon comes with a lot of prospects for many Nepalis. More than 60 % of the population of Nepal is directly or indirectly dependent upon agriculture, therefore Monsoon is one of the most important seasons for them. Likewise, the month of Asar is also considered the most important month agriculturally.

‘Mana Ropera Muri Falauni’ (sow little and reap in abundance) is commonly said during the month of Asar. Ropai (Rice plantation) mostly begins from the first week of Asar, or even earlier -depending upon the rainfall- in various parts of the country. But Asar 15 is generally regarded as the peak day and celebrated as the Ropai Festival or Ropai Jatra, the day which marks the planting of the rice seedlings. Almost all Nepali festivals are religion based but Ropai Jatra is the one which is a totally non-religious Festival. Even the Government of Nepal has announced this day as Rashtriya Dhan Dibas (National Paddy Day), to encourage the farmers.

This Ropai festival is a unique culture celebrated only in Nepal, not just because a majority of the population of Nepal is dependent on agriculture, but also because Rice holds a great significance in the Nepali households. Rice is the staple food of all Nepalis as they consume at least two Rice meals each day.

Taking part in Ropai and getting your feet into the muddy slippery fields under a full-fledged rainfall might not sound appealing to many but it will definitely turn out to be a unique experience on its own. Oxen ploughing the fields, women sowing seeds and men digging the muddy field is a scene typical to a Ropai day. It is basically a day to have fun; drenching in the rain, sowing rice saplings, playing with the mud and turning the muddy field into a dance floor.

This event is not just about the planting of rice but also about dancing in ‘Asare Geet’, a traditional folk song that delineates the joy and pain of a farmer. This unique, muddy and fun festival has also been able to attract many tourists down the year. Every year the number of tourists wanting to participate in this festival has been increasing. As a result, various Ropai related events are held every year where tourists are seen participating with much fervour; they plant, play in the mud and dance to the rhythm of ‘Asare Geet’.

Apart from being known for Ropai, Asar 15 is also known as Dahi Chiura Khane Din (day for eating Yoghurt and Beaten Rice). Not just the farmers, but everyone considers this as a tradition where beaten rice, sugar and yogurt are mixed together and eaten. Especially the farmers eat this sweet mix of beaten rice and yogurt after the completion of the plantation. All in all, Asar 15 is a day full of fun and festivities and eating.