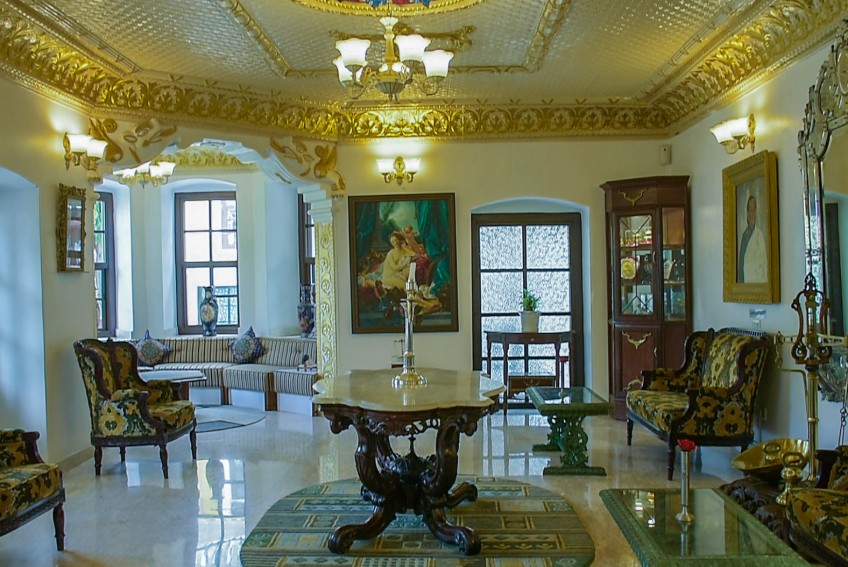 Maya Manor represents all that Nepal is; ancient, historic and small but bearing a grand personality.

Old things have a certain charm that is almost unfathomable especially when it carries history in every cut and cleft. Same thing applies to buildings. Never is this statement true than with the old Rana palaces build from the archetype of the ancient Roman structures comprised of the majestic white Corinthian pillars and intriguing open spaces. But in Nepal it represents a whole different series of events most importantly the fascination of the Rana Prime Ministers with the western architecture, the desire to want something way beyond what one has; in fact a very human quality. This resulted in the Avon Grande palaces that now has transformed into stunning hotels like the newly constructed Maya Manor Boutique Hotel.

The building that now houses the hotel was built in 1930’s and was later bought by Karna Shakya who would use it as his residence and after the earthquake would convert into a stunning Boutique Hotel presenting its essence and royalty in its naked form. As one enters the lobby of the hotel, it becomes evident that there have been significant changes in the structure of the hotel, some elements of modernity is there in the huge glass sliding doors and in the polished marble counters. But one might find a fragrant whiff of the ancient elements in every room and corridors of the hotel.

The lobby itself murmurs secrets of the old royalty of the Ranas in the huge chandeliers and exquisite paintings on the ceilings that immediately demands attention as one lays eyes on it. As history goes, the place is seethed in it.  The place boasts of a tiny private museum that was bought alongside the property, for instance a huge antique mirror used by the queens of the palace, a sturdy safe with emblem of the Ranas (a Sun) carved in it and a huge beam balance that was used to weigh a person’s weight in gold, to name just a few. The walls are adorned with exquisite paintings perhaps, fit to be on the walls of old French and British palaces. One might find special pleasure in delving into a Victorian novel while sitting in the divan overlooking the garden in this room.

The rooms are as luxurious and royal as the building that houses it. The suite rooms are named after iconic travellers and explorers to Nepal like George Schallar, Jane Goodall and most importantly US president Jimmy Carter who came to Nepal and stayed in the very same wing to oversee the historic election of 2008 that is now named after him.  The suite rooms are spacious yet cosy, regal yet comforting and boast of all modern amenities that one might need; private bar, complimentary basket of fruits, air conditioner, a speedy Wi-Fi connection, flat TV and a modest attached bathroom. The suite rooms come with a cosy divan overlooking a cylindrical window and below an elaborate arch that was only possible by the Ranas with their love for Baroque European architecture.

The deluxe rooms are modest in their appearance and price yet comprised with all the facilities that befits the suite room. The two conference halls are there to fit the variant needs of people, one being small and another having a slightly larger accommodation capacity. The terrace is another attraction in the hotel. The palace view terrace overlooks the Narayanhiti Royal Palace that is always away from sights due to its very high walls. The top terrace has a tiny model of the iconic city landmarks of Kathmandu; the Darahara and Ghantaghar. The terrace is a perfect place to chill after a hectic day with the view of the roads of Kathmandu connected to each other like veins and flooded with vehicles in its usual clamour.

The restaurant area is a pleasant place to enjoy good food according to one’s choice from its huge menu of continental dishes. Maharaja restaurant as the name implies is adorned with the black and white photographs of ancient royalties who look at the camera with grave stares in their regal royal apparels.

The food is as exquisite and delicious as would be expected of the hotel. Grilled fish looks appealing and has a soft texture that immediately melts in the mouth with a single bite. Hot Garlic Chicken is luscious and spicy yet the sauce is perfectly balanced without making it too overpowering. The entire ingredient in the food is fresh and represents good hospitality. The Moonshine Patio Bar is open and tranquil that it overlooks the lush garden; it would be a perfect place to enjoy a cool drink after a hectic day.

The peculiar thing about Boutique hotels is that although small, they have a distinctive personality. This is what strikes Maya Manor as a splendid hotel to spend your trip to Nepal, it represents all that Nepal is; ancient, historic and small but bearing a grand personality.