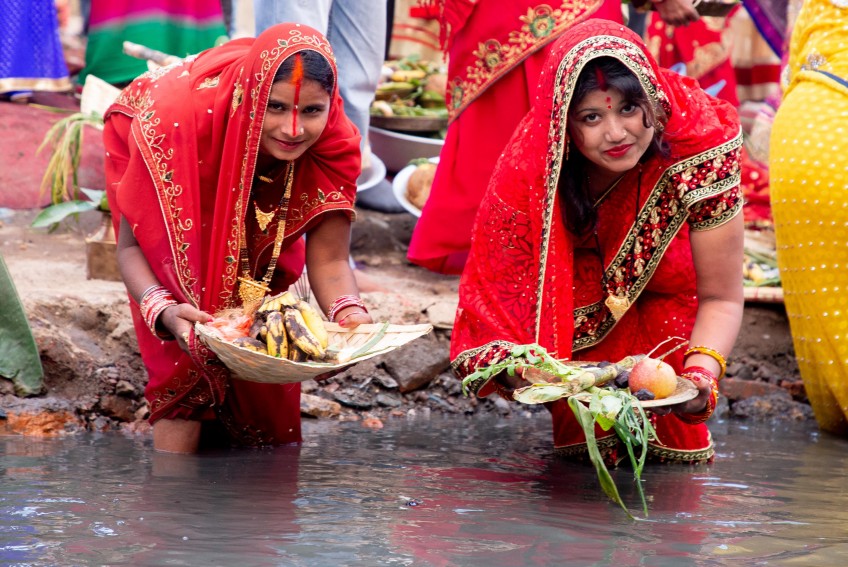 Believed to be one of the oldest Hindu festivals, noted even in the Vedic verses, Chhath is four days of fasting, worship and celebration.

Believed to be one of the oldest Hindu festivals, noted even in the Vedic verses, Chhath is four days of fasting, worship and celebration. Falling less than a week after Tihar, Chhath is observed by the Madhesi communities on the southern plains of Nepal to show gratitude to the Sun God, the bringer of light and life and Chhathi Maiya who is believed to be the beloved younger wife of Surya, the Sun God.

The festival demands rigorous dedication as devotees, mostly women, not only have to fast for long periods, they also have to take holy baths by standing half immersed in water for hours on end. The baths are thought to wash away the sins and allow the person to start life anew. On the banks of Bishnumati and Bagmati, one can see thousands of devotees takings dips while praying to the Sun God. Edges of Kamalpokhari and Ranipokhari is decorated by the lights and beautifully presented offerings. 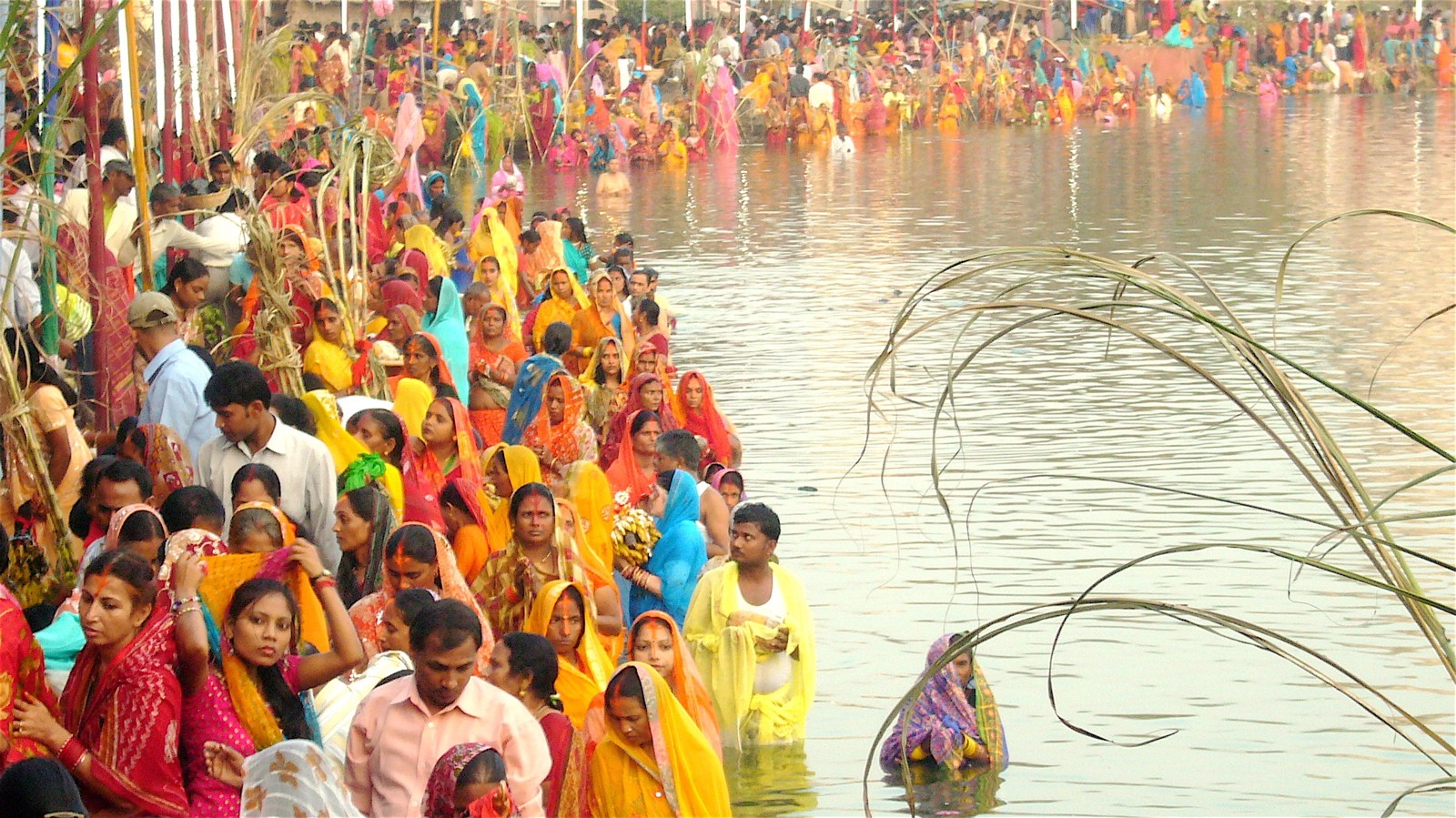 The festival begins with the devotees preparing for the fasting by bathing in holy rivers or any other water body and having a single meal for the day; the houses are cleaned, offering are prepared. Devotees then fast for the entire second day, abstaining from even water, to break the fast only after worshipping the sun-god at sunset. 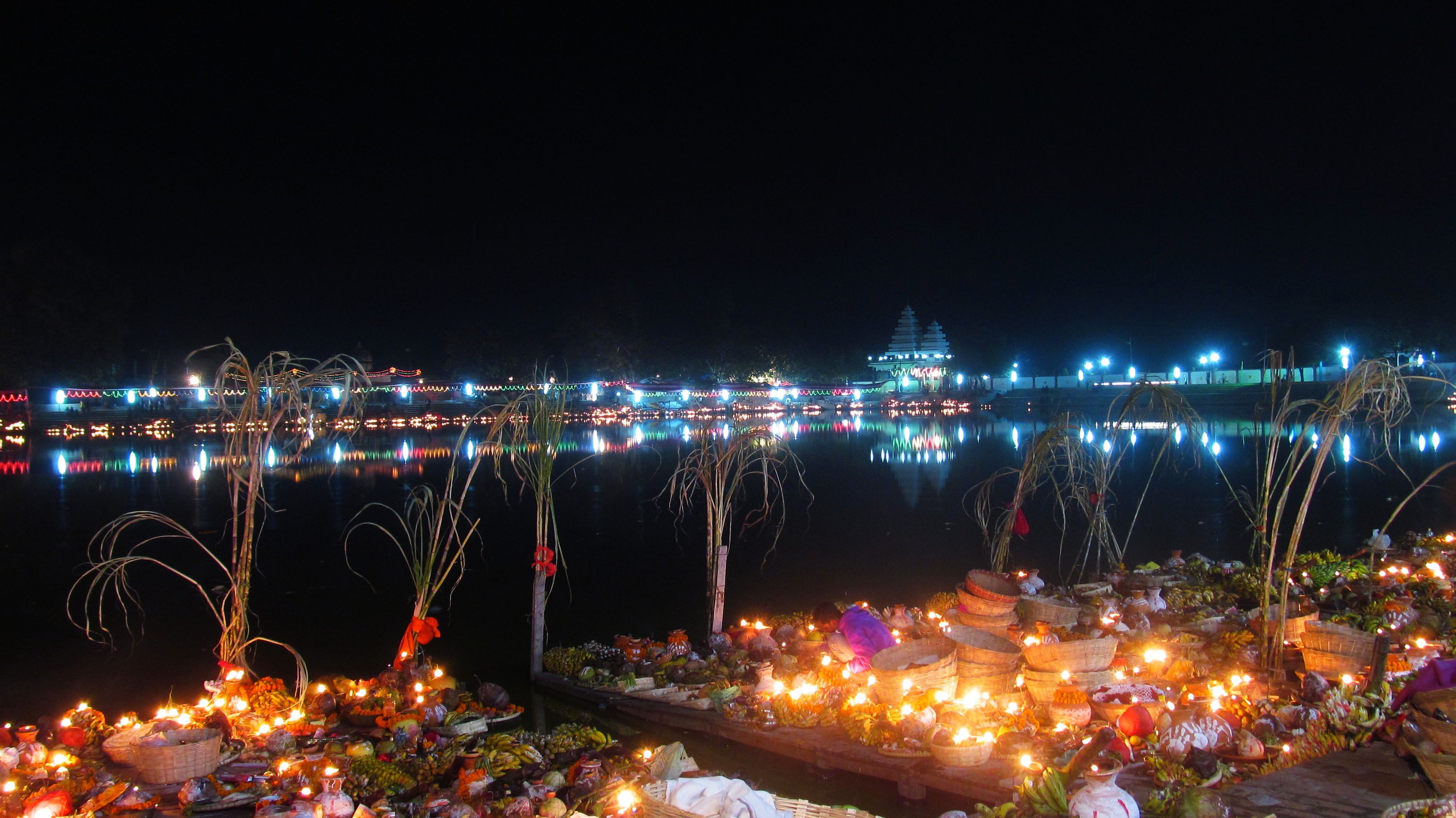 The eponymous third day is the toughest as the devotees embark on an almost 36-hour long fast. The day is spent preparing offerings that are presented to the Sun God at sunset. Devotees spend the night at the elaborately decorated banks of water bodies praying, singing and dancing while mini-fairs surround the area. The fasts are then broken on the morning of the fourth day after worshipping the sunrise.