The Myth Behind the Living Goddess, Kumari

The little girl is revered with tremendous devotion in several locations around Nepal because she is regarded in Hinduism as a manifestation of Devi (the Taleju Goddess). 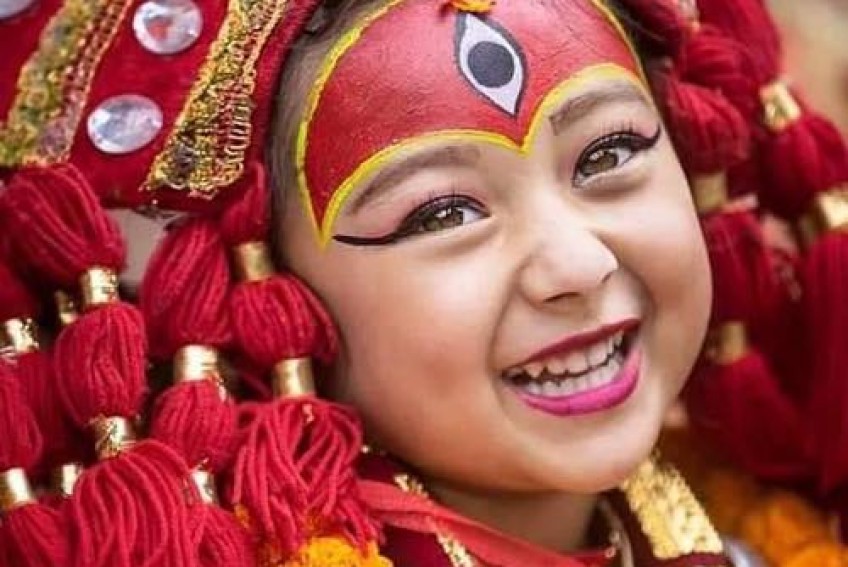 Considered the only living goddess in the world is worshipped by the Nepalese as Kumari. A regular young girl is transformed into a Goddess of Power through tantric practices and other rites.

Nepal has a rich cultural heritage. If you travel to Nepal, you will experience the unusual practice of Kumari, a little prepubescent girl, being revered as a living goddess. The word "Kumari" literally means "virgin".

Buddhists believe that the little holy being represents Vajradevi, the most powerful female divinity and a Buddha. The little girl is revered with tremendous devotion in several locations around Nepal because she is regarded in Hinduism as a manifestation of Devi (the Taleju Goddess). A young, unremarkable girl is selected and transformed into a living deity applying many tantric rituals and pujas. Hindus believe that she is Goddess Taleju (a reincarnation of Goddess Durga), who guards the country against evil. Priests select an eligible child from the Newari Buddhist community to become the Hindu community's living goddess. This interfaith practice serves as a model of interreligious harmony. Ten Kumaris live in the Kathmandu Valley. While there are many Kumaris in Nepal, the Royal Kumari of Nepal is the young woman residing in the Kumari Ghar, a palace at the heart of Kathmandu.

Numerous myths about the Kumari can be found in Nepal. The story of Jay Prakash Malla, a legendary Malla king in Nepal, is the most well-known and widely believed. People claim that kings used to play dice games in his chamber with the deity Taleju. (The Malla clan’s god was named Taleju.) Therefore, neither he nor anybody else should know the secret. But his wife, the queen, was very inquisitive about what goes on behind closed doors. She decided to go to the room and open the door.

The queen caught the goddess Taleju playing dice with her husband. After the secret was revealed, the goddess vanished. The Taleju goddess foretold the king before departing that she would take the form of a little child from the Ratnawali Newari (Shakya) community. The King left the palace after hearing her remarks and went in search of a young girl who had been taken over by Taleju's spirit. This dates back to the early 17th century.

While some people also think that Trilokya Malla, rather than Jay Prakash Malla, was the king. He once attempted to approach the deity with sexual intentions while playing dice. She vanished as soon as the deity noticed his behavior. The king later sobbed in regret and begged to never do it again. The goddess consented to take on the form of a Kumari, a young girl from the Shakya household, after witnessing the king’s repentance. The Kumari tradition in Nepal began in this manner. 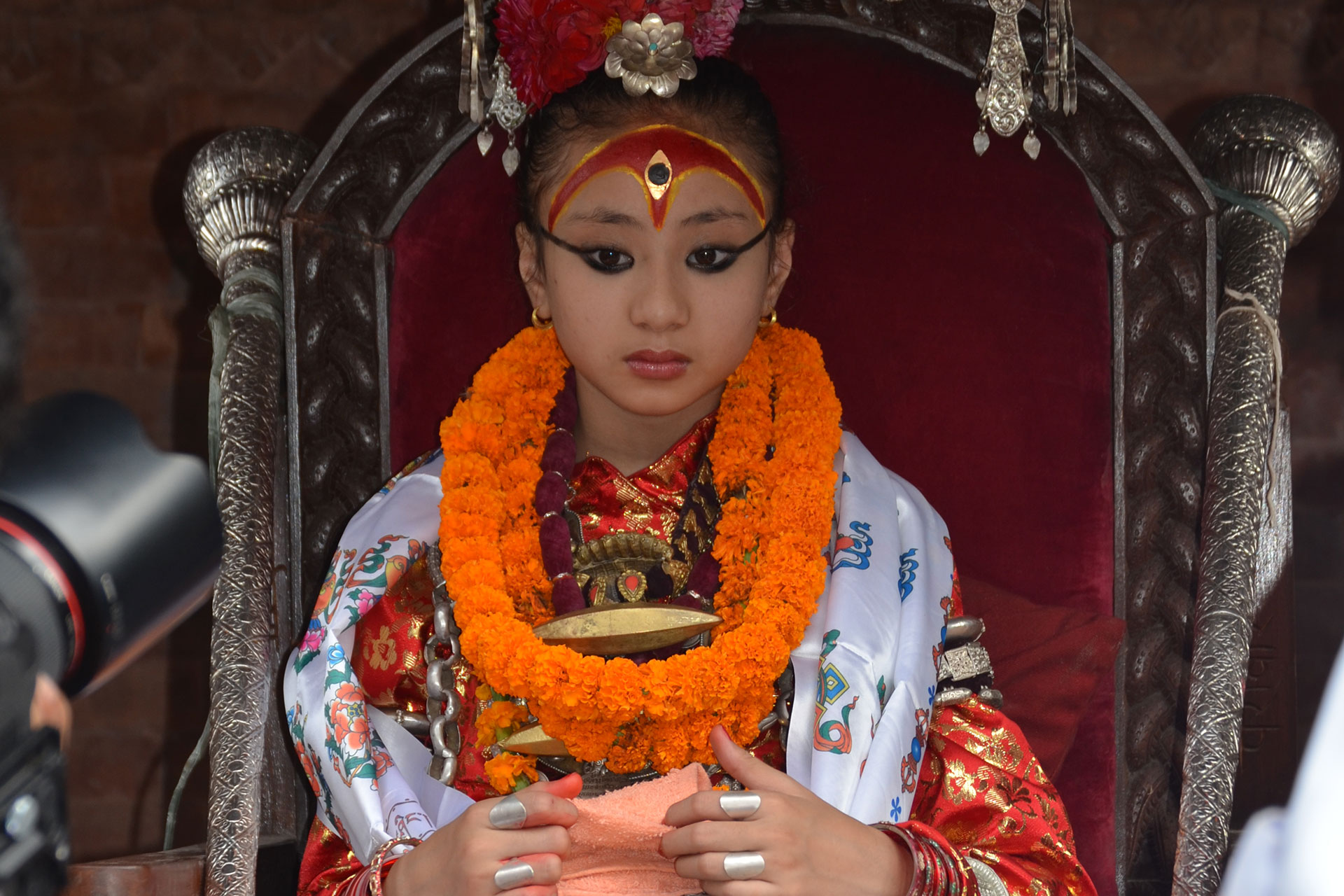 Choosing Kumari is difficult. The selection procedure is remarkably similar to that used to choose the Pachen Lama or Dalai Lama of Tibet. The selection procedure is overseen by five senior Buddhist Bajracharya priests, including the Taleju Bhawani’s top priest, the caretaker of the Kumari residence, and the chief astrologer. Before naming a child as a new living goddess, they examine her from all angles.

She must first be descended from a Shakya family. A girl from the Bajracharya family can also be one of the valley's other Kumaris, aside from the Royal Kumari. Other requirements include good health and skin that is uncut and free of flaws. She isn't supposed to have lost any blood before.

None of her teeth must have fallen. Once she satisfies the prerequisites, the priests inspect her to ensure she has Battis Lakshana. In Hinduism, Battis Lakshana refers to 32 perfections. Her physical attributes, which include a lion's chest, deer thighs, and cow-like eyelashes, are some of her perfections. 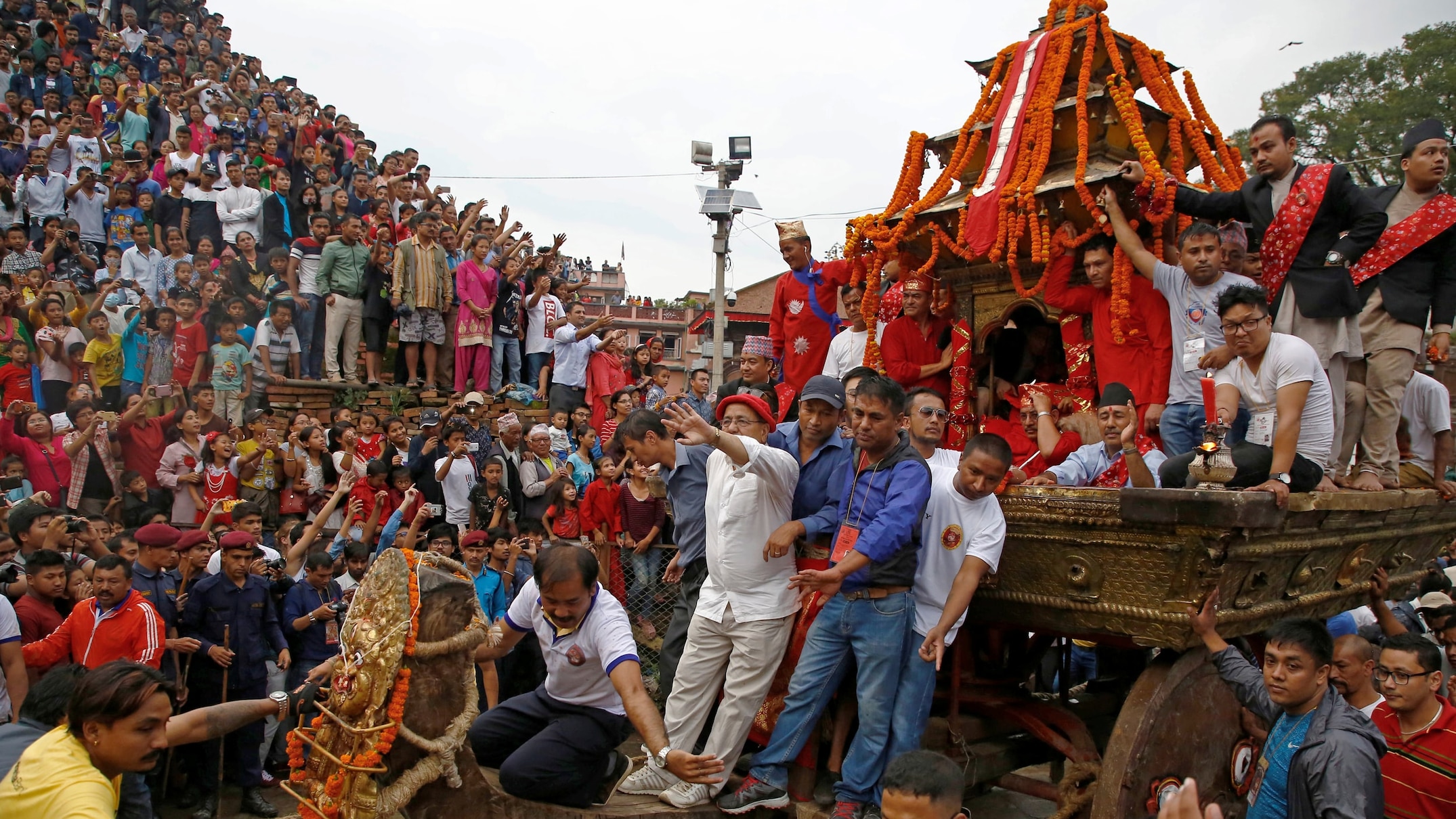 They also cross check her horoscope in relation to that of the king or the president. They subject her to a second test if she satisfies these requirements. She must pass through a courtyard that is packed with dancing masked men and animals that have been beheaded. She ought to bravely cross the courtyard. She is disqualified if she appears frightened. Once more, if she passes all of her previous assessments, they take her for the final examination. She has to spend the night by herself in the room that housed the ritually butchered goats and buffaloes.

Others contend that it's not entirely realistic to keep headless animals in a room with other dead creatures and that she should be able to go past them. Actually, no one is aware of what takes place in the room. Also, the Kumaris are too young to recall the procedures of choosing them. Only the priests are aware of what goes on in the hidden room. The cloaked men simply present her some animal blood to see how she reacts because many people think she is the personification of the blood-loving Goddess Durga. 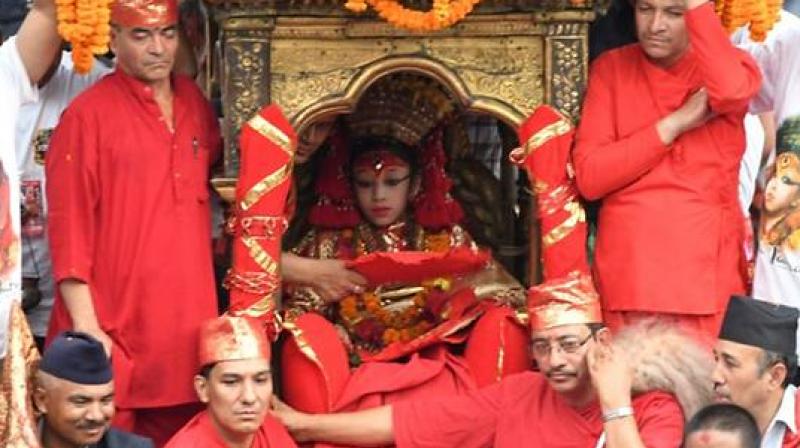 After finishing all of these tests, which also includes living in the secret room, she is finally requested to collect the previous Kumari's possessions. She becomes the new living goddess of Nepal if she chooses them well among other products.

Before the end of October, the selection procedure for the new living deity should be finished. She is sanctified after being chosen, and the priests then carry out several tantric ceremonies to rid her body of impurities and flaws. Then, the goddess Taleju is thought to have entered her. The girl is now transferred to Kumari Ghar and presented as the Goddess Kumari.

Only the Royal Kumari is relocated to the Durbar Square. All the other Kumaris in the valley continue to live in their own homes and come out only to observe certain ceremonies. Until they bleed, they are still the living goddess for the entirety of their tenure. The first menstrual cycle begins with bleeding. The selectors choose a new female deity based on the aforementioned requirements after the current Kumari’s first menstruation. When they get cut and lose blood, they also lose the title.

A Statue With A Mythological Story: Budhanilkantha Temple

Shrawan: The Holy Month Of Hinduism