Madal is a folk musical instrument associated with our culture and way of life. 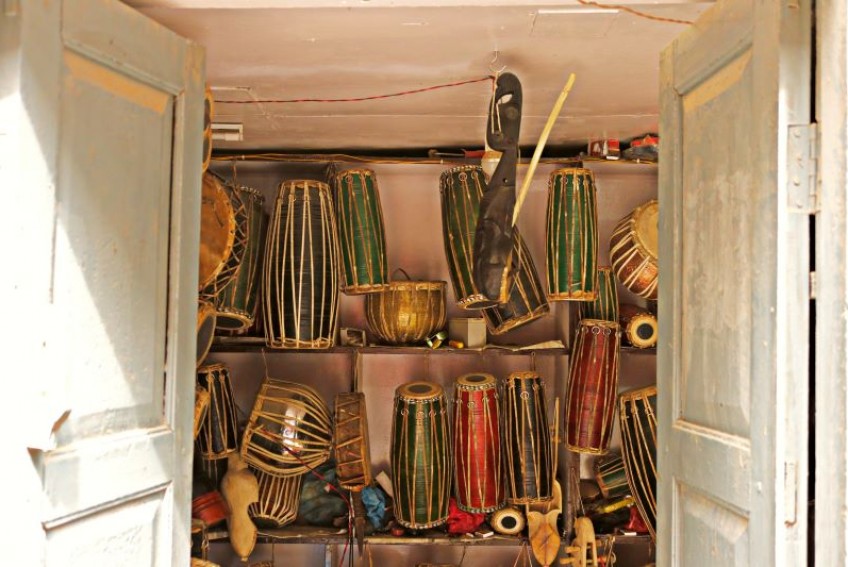 It is believed that the Magar community was the first to use it, but it is now widely known and used by almost all Nepalese society.

Madal is one of the most popular double-headed hand drums in Nepalese society and has been since the early twentieth century. It is majorly used for rhythm-keeping in Nepalese folk music.

Madal is a folk musical instrument associated with our culture and way of life. It is believed that the Magar community was the first to use it, but it is now widely known and used by almost all Nepalese society.

The word Madal derives from the Sanskrit word “Mandala”. Madal, the country’s national musical instrument, is essential to the Nepali folk music industry. Manu songs have been written with it as the lead instrument by various Nepalese folk song singers.

It plays a vital role in forming love bonds between family members, friends, and society. It has captured people's hearts from Nepal’s hilly and surrounding regions.

On different occasions, different people play Madal. We can listen to and enjoy Madal while hiking, camping, or at other gatherings with friends and families. It is also used in a variety of social rituals and celebrations. Madal is commonly heard in Tihar’s Deusi and Bhailo, as well as at weddings and other commemorations.

Kids, teenagers, and adults enjoy dancing to these instruments' beats. It is a creative drum with an excellent sound that’s a lot of fun to listen to. It’s followed by cool tones and is fun to use. It is simple to transport. Any musical play can be jammed with Madal. It is a superb traditional musical instrument, and everyone would enjoy playing it right now. People enjoy listening to sarangi music and meditating on the healing sound of singing bowls in addition to Madal.

Madal’s body is shaped like a cylinder, with hollows at both ends. One end of the structure is more petite and named “Daayan'', while the other is larger and named “Bayan”. The hollow structure made of wood is known as “Ghar''. The ends of the hollow structure are covered on both sides with goat, ox, monkey, and buffalo skin. It has a round structure, similar to the shape of the dish.

The black spot layered on top of the round structure dish is known as “Khari”. It is made of iron filings, flour, and egg, which give it a black colour and a nice paste that allows it to stick to the skin for longer. Khari also serves as the drum’s sound controller. The skid plate is tightly wrapped around the drum's body with leather rope and round rings on both ends.

Consequently, Madal is a classical musical instrument that sustains life in Nepali music and is popular in other Asian countries in various forms.

A First Of Its Kind Pump Track In Nepal

A Story Of Oil And Traditions