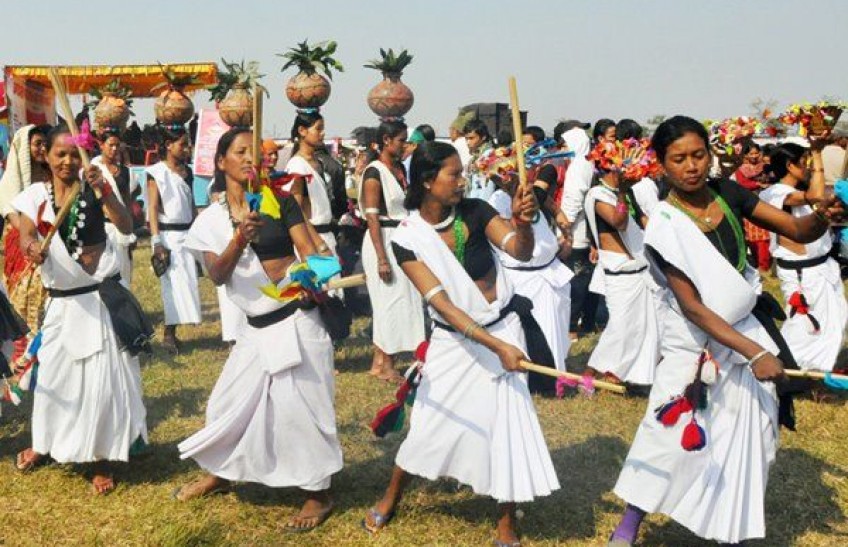 The youths have been performing Lathauwa dance in cultural ceremonies and other programs.

KANCHANPUR
Tharu youths of Shuklaphanta Municipality-9 Naukhari of Kanchanpur have rallied to save the endangered Lathawa dance. The youth have formed this dance troupe and are engaged in this dance vigil.

The youths have formed a team of 12 people to save the dance. "We have stepped forward to save the Tharu community from the disappearance of Lathawa dances during festivals like Dashain, Tihar and Maghi," said Duthan Dagora, a member of the team. We are also engaged in daily practice on how to show the dance in the old way and add originality. ”

The youths have been performing Lathauwa dance in cultural ceremonies and other programs. They have also learned the skills to make the necessary clothes for dancing. "Showing Lathauwa dance in social, political and cultural ceremonies helps to preserve the culture," said another member, Bihari Chaudhary. We have been giving continuity as the next generation will also get information about dance. ”

Dance shows cost a lot of money in costumes, sorcery, and so on. The youths have been charging a certain fee from the places where there is a demand for dancing. Lathauwa dance is performed using the tantric method. As the dance is very attractive and captivating, the audience demands more of this dance. The youths, holding sticks in their hands, tie peacock feathers on their backs and perform traditional songs and dances in an attractive manner.

It is performed in dance groups. In two waves, the youths, dressed in attractive attire, dance to the rhythm of the Madals in different gestures. Even the gurus walk together to save the dance team from the future. After the Guru has made a definite circle, the dance is performed in the same place. There is also a comedian in this collective folk dance of the Tharu community. It is called 'Songya' in the Tharu language. The guruba (tantrik) in the dance troupe starts the dance by the traditional method and ends it by the pooja method.

"Dance has been going on since time immemorial," said Chandra Bahadur Chaudhary, a local. Currently, the youth are learning about this dance from other districts and are engaged in Jagerna. ” The popularity of this dance is increasing in Kanchanpur. According to the Tharu elders, this dance art was developed by the shepherds in ancient times.

Government Of Province No. 2 Prepares To Operate Public Transport Service

Qantas Turns 100, With Special Place In Hearts Of Australians

Preparations For Chhath In Mithila