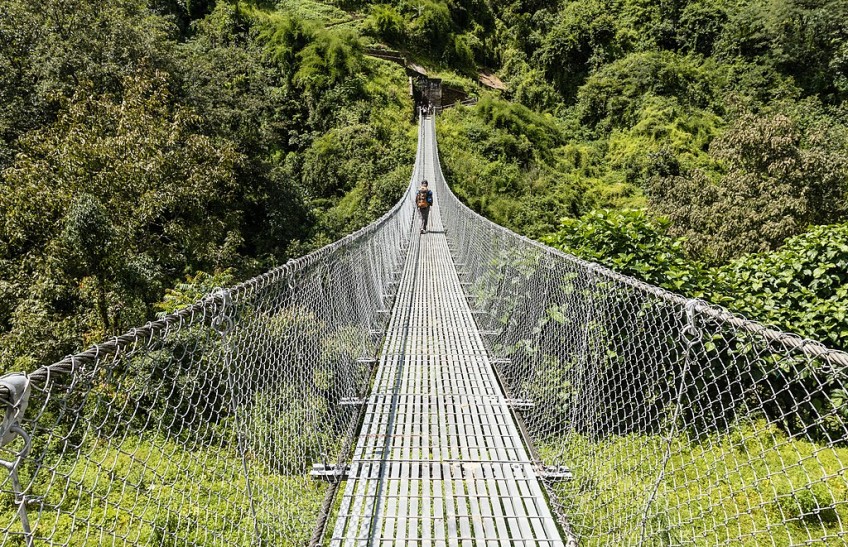 A suspension bridge over the Marsyangdi River at Narpabhumi Rural Municipality-2 has subsided.

A suspension bridge over the Marsyangdi River at Narpabhumi Rural Municipality-2 has subsided, thereby disrupting the transportation of food stuffs. The incessant rainfall triggered the floods in the river which eroded the base supporting the bridge.

Rural municipality Chair Mingma Chhiring Lama said, "The torrential rainfall occurred for a week flooded the river, which cut the land at the base of bridge. It made the bridge subside," he said, adding that the rainfall this year caused huge loss of physical properties in the district.

He informed that as the bridge was on a verge of collapse, the transportation via it has halted. Narpa village is the remote area in the district, which would face difficulty now, Lama added.

Among four such bridges in Narpabhumi Rural Municipality, three are swept away by the flooded river.

Construction Of Road After Two Decades