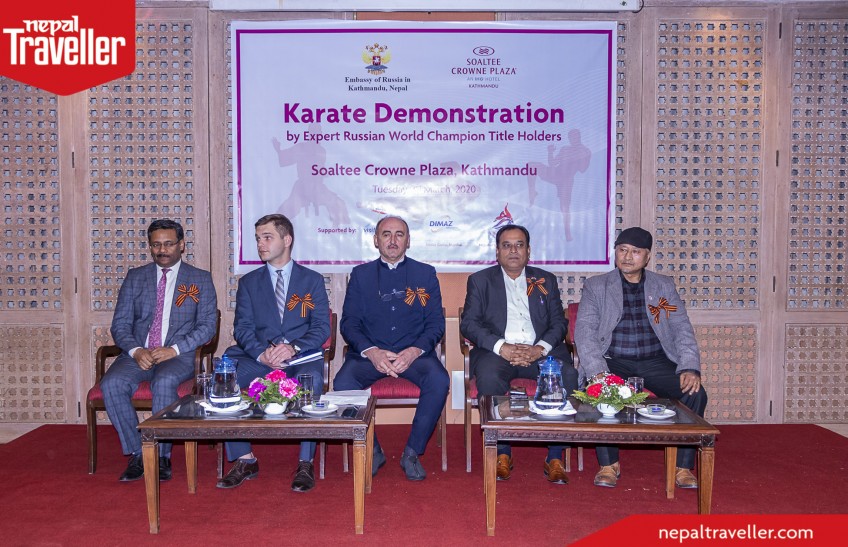 Soaltee Crowne Plaza in collaboration with Embassy of the Russian Federation in Nepal, VNY 2020 and National Sports Council for promoting Karate and building up the relationship between Russia and Nepal. Soaltee Crowne Plaza is the official hotel for the world champions in Nepal. Russian Karate team will be in Nepal for a one-week friendship visit from 1st – 9th March 2020.

Along with the Karate Champions, the team was accompanied by President of The National Karate Federation Fudokan-Shotokan Russia Savransky Vasily.

Savransky Vassiliy: Born in 1956. He has won 5 European title championship and 7 World Championship title. He is currently an 8 dan and President of the Russian Karate Federation.

The main aim of their visit is to share the Karate experience of these world champion title holders from Russia with Nepal Karate Federation and local karate players to promote sports and strengthen the relationship between both nations. The team has already conducted joint training at the National Karate Federation and Police Academy. The Russian Karate team will visit Pokhara on 4th March 2020 for a training program at the Military Academy.

Seated in the Dias: