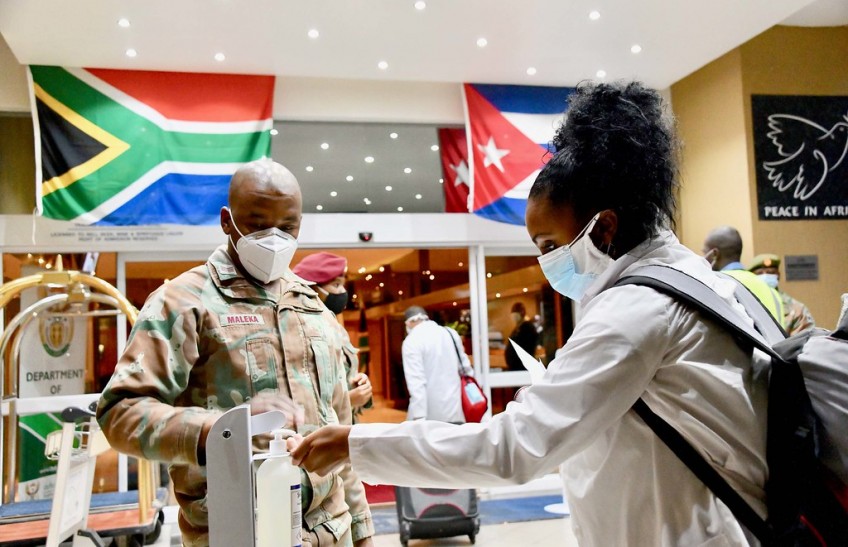 South Africa "technically" entered the third wave of COVID-19 on Thursday according to the statistics.

South Africa "technically" entered the third wave of COVID-19 on Thursday according to the statistics, the country's National Institute for Communicable Diseases said in a statement of daily update on COVID-19.

The national seven-day moving average incidence, which reached 5,959 cases, exceeded the new wave threshold defined by the Ministerial Advisory Committee of the government. The threshold was defined as 30 percent of the peak incidence of the previous wave. The statement also reported 9,149 new COVID-19 cases, bringing the national tally to 1,722,086. Thursday's positivity testing rate was 15.7 percent, it said.

The majority of new cases reported on Thursday were from the Gauteng province, which hosts the nation's economic hub Johannesburg and the administrative capital Pretoria, accounting for 61 percent of the cases, according to the statement. Western Cape province, home to the legislative capital Cape Town, came second with 10 percent of the new cases, it read.

Previously, four of South Africa's nine provinces, including Northern Cape, Free State, North West and Gauteng, had already entered a third wave at the provincial level. On Thursday morning, Western Cape said it was entering the third wave. The nation plans to vaccinate about 67 percent of the population by the end of this year with three phases to achieve herd immunity.

Following the first phase for healthcare workers only, the current second phase inoculates persons aged 60 years and above first, who will be followed by other groups of people including essential workers, persons in congregate settings and persons over 18 years of age with co-morbidities.

South Africa, which has the highest national tally of COVID-19 in Africa, moved to lockdown level two from the previous level one from May 31 as the number of infections began to rise sharply in several parts of the country and the positivity rate more than doubled in a month, from around 4 percent to more than 11 percent.