Psychological counselling being provided to Nepali migrant returnees in Kailali 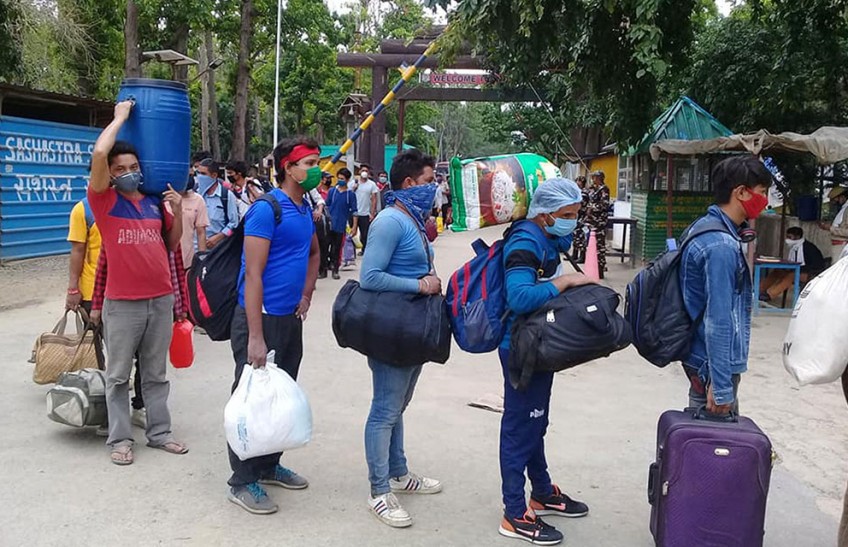 The SAMI project is providing psychological counseling to the Nepali migrant workers in Kailali who returned and suffering from economic and mental issues during the COVID-19 crisis.

The Safer Migration (SAMI) project in Kailali district has begun providing psychological counseling to the Nepali migrant workers who returned and suffering from economic and mental issues in the wake of the COVID-19 crisis. As many as 60,000 people from Kailali alone have labour permits and left for various labour destinations across the world. Some returned home before the nation-wide lockdown enforced in the country while many of those abroad were suffering the COVID-10 repercussion in their respective labour destinations.

Since the COVID-19 crisis began, many countries ordered lockdown, limiting the movement of people to prevent the spread of deadly infection. This left many migrant Nepali workers abroad and returnees in the lurch. Some were bereft of work while some were stranded. While some feared losing job, those already kicked out of their jobs feared to lose their lives to the flu-like infection or famine. Those returning home were stigmatized and subjected to ill-treatment.

Sewak Chaudhary of Janaki Rural municipality was traumatized by his neighbours and fellow villagers on his return. Chaudhary returned home from Malaysia in the second week of March for a month-long holiday. No sooner he reached his home, the federal government ordered nationwide lockdown to prevent the spread of COVID-19. Since then he was confined to his house as locals feared he could contract COVID-19 and infection would spread it to others if they come close to him.

SAMI project coordinator in Kailali district Pancharam Chaudhary shared that there were many Nepalis migrant workers abroad and returnees who needed such psychological counseling.

Those returning home are also required to stay in quarantine in the first place which instills a sense of loneliness. Their morale is eroded and negative thoughts begin, according to Chaudhary.

The SAMI project has started providing psychological counseling in-person through telephone to those in need. “Most of the service seekers are Nepalis returning from India,” shared Chaudhary, adding that so far 120 Nepali migrant workers have received the counseling. SAMI, a bilateral project between The Government of Nepal and Government of Switzerland, focuses on the different dimensions of safer migration. The project is currently running in 153 local units of 39 districts in Nepal which intends to provide support to Nepali potential migrants including accurate and relevant information on foreign employment.

Lack Of Isolation Wards In Mahottari