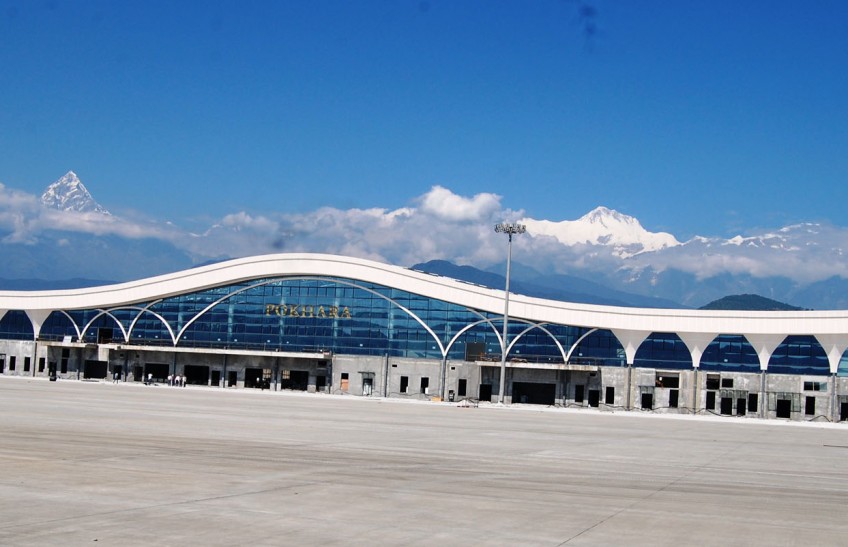 The Pokhara Regional International Airport Project has completed 64 per cent of construction work so far. According to the Pokhara Regional Airport Project Implementation Unit Chief Binesh Munamkarmi, construction work at the airport had continued during the nation-wide lockdown ordered by the federal government on March 24 this year to contain the spread of Coronavirus. As a result, the airport construction has been steadily gaining a ground.

The airport achieved the aforementioned progress after completing work related to Air Side and Land Side. It was shared in a discussion held between the Project officials and the Pokhara Metropolitan City Committee Chair Deepak Poudel-led team on Thursday.

Project Chief Munkarmi explained that the construction of the airport started three years ago. Over this course, the construction of runway, internal and external terminal buildings, air traffic control tower, taxi-way, isolated parking areas and hanger apron among others have been completed.

Furthermore, Munkarmi informed that works relating to finishing and decoration at the airport remain to be completed.

According to him, a total of 190 Chinese technicians and 90 Nepalis workers have been employed for the construction of this national pride project that is estimated to be built at a cost of Rs 22 billion.
The China-based CAMC Engineering Company has been entrusted with the contract to complete the Project by 10 July next year.

He called for cooperation from the local government as well as state government in certain areas to achieve cent per cent progress in the construction of the airport within the stipulated deadline.

He also pledged utmost support and cooperation on behalf of his political party to the project and reaffirmed his commitment to help resolve any issues that could arise at the local level in course of the construction of the airport.