Pashupatinath Temple to be opened from Wednesday 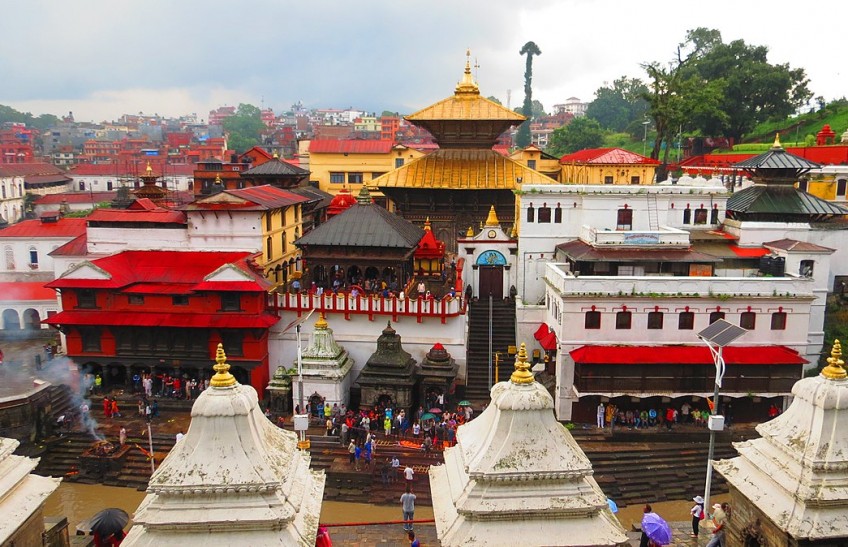 They will have to compulsorily wear the face mask. Although the temple would open from Wednesday, the special puja, singing of hymns, and ritual activities, however, would not start immediately.

Atonement worship is to be offered at the Pashupatinath Temple tomorrow morning, seeking forgiveness as the shrine had to be shut to the devotees for nine months over the risk of coronavirus infection. The entry of devotees inside the temple, which was continued regularly since ancient times, was forbidden in view of the risk of the global coronavirus pandemic.

The Pashupatinath Temple is to be opened to the devotees from Wednesday by adopting health safety protocols, said Dr. Pradip Dhakal, member-secretary of the Pashupati Area Development Trust (PADT).

In the initial period from Wednesday (December 16), the devotees would be allowed entry from the western gate and they will have to exit from the same gate after offering obeisance. They will have to compulsorily wear the face mask.

Although the temple would open from Wednesday, the special puja, singing of hymns, and ritual activities, however, would not start immediately. "We were compelled to restrict ourselves during the crisis of the pandemic. We will gradually start operating the special puja, singing of hymns and other rituals that have been suspended by adopting health safety procedures after the temple's opening on Wednesday," he said.

Several religious organizations had been carrying out a symbolic protest at the Pashupati area under the leadership of the World Hindu Federation, saying the devotees have not been able to visit the temple for worship as it remained closed for nine months.

The organizations demanding opening the temple too are preparing to organize special worship in the Pashupati precincts on Tuesday.

PADT stated that special security alertness is to be adopted in the Pashupati area as the temple is opening after long amidst the existing risk of coronavirus infection. A meeting attended by all the security bodies was organized in this connection, said PADT treasurer Dr. Milan Kumar Thapa.

Even the religious tourists have not arrived in the Pashupati area since the last week of March. The shops selling flowers and items for worship also remained closed for nine months. The PADT has suffered losses of around Rs 700 million due to this, PADT executive director Dr. Ghanashyam Khatiwada said.

However, the offering of regular prayer and worship, aarati, food offerings, and the crematorium services were continued during the nine months. PADT former member-secretary Dr. Gobinda Tandon, who has done his Ph.D. research on the Pashupati area, said it is not found in the history and genealogical annals regarding the Pashupatinath temple remaining shut for so long.

Wild Elephant Kills One in Sunsari

Decision to be made on Ranke-Rabi-Bhedetar Road

PM's Call to Recognize the Value of Himalayas