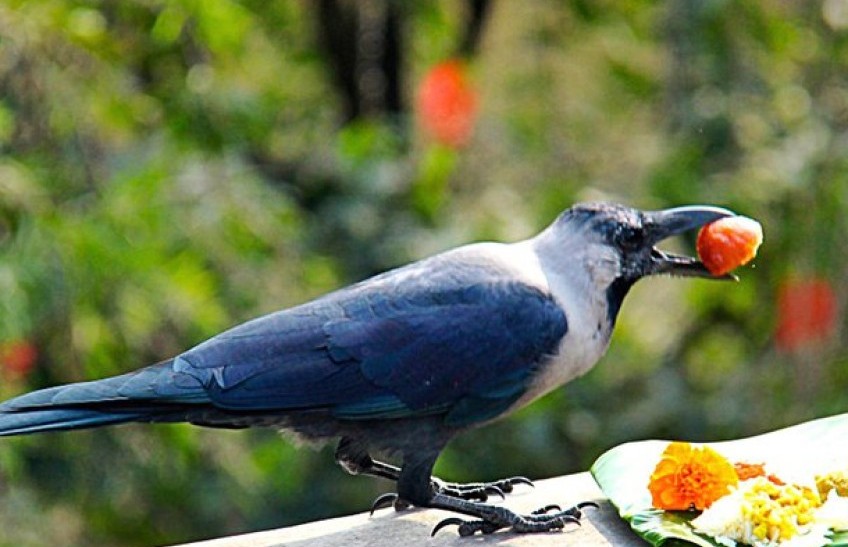 Kaag tihar celebrated on the day of Kartik Krishna Triodashi, is being celebrated this morning as a messenger of Yamaraj by feeding sweets to the crow.

KATHMANDU
The Crow Festival also known as Kaag tihar celebrated on the day of Kartik Krishna Triodashi, is being celebrated this morning as a messenger of Yamaraj by feeding sweets to the crow.

Prof. Dr. Ram Chandra Gautam, Chairman of the Nepal Panchang Adjudicating Committee, informed the RSS that the decision was taken on Friday as per the scriptures as the Crow Festival has to be celebrated on the day of Triodashi at sunrise in the morning.

Since Yamaraj knows the news of the people through the crow, there is a classical rule that the crow is considered as the messenger. In order to bring good news to Yamaraj, the crow is given sweet food to make him happy.

In folklore, there is even a practice of saying goodbye, goodbye when the crow comes to the house. If a crow crows around the house, it is believed that he has brought some news.

The festival is also associated with the belief that those who do evil deeds will be punished by Yamaraj and those who do good deeds will be protected by Dharmaraj. The process of lighting the lamp in the name of all the family members to get rid of the torture has started from Thursday evening. There is a Vedic Sanatan classical method of turning the lamp to the south. There is a classical belief that if you donate a lamp, you will be saved from torture. Yamapanchak, including Yamadeepadan, has started on Thursday evening.