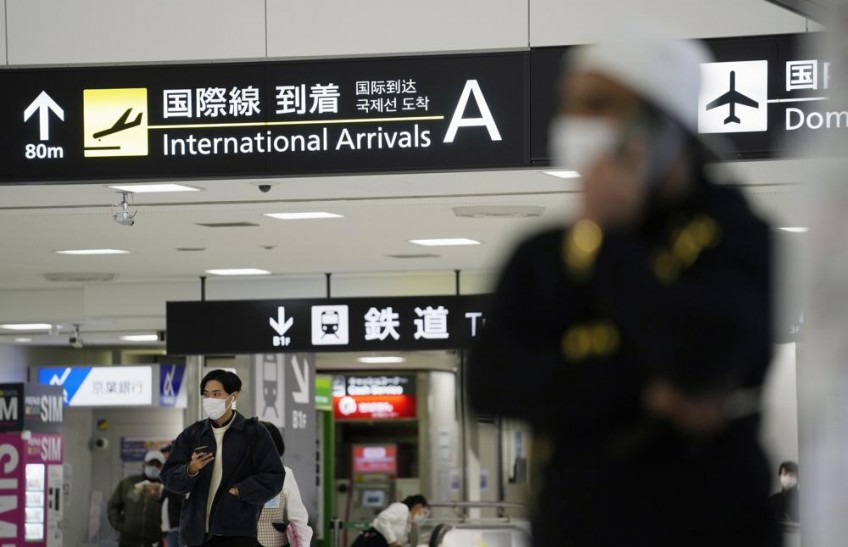 Japan says it has retracted a ban on new incoming international flight bookings to defend against the new variant of the coronavirus only a day after the policy was announced, following criticisms that it was an overreaction.

The transport ministry on Wednesday issued a request to international airlines to stop taking new reservations for flights coming into Japan until the end of December as an emergency precaution to defend against the new omicron variant.

The ministry said Thursday it has retracted the request after receiving criticisms that the ban was too strict and tantamount to abandoning its own people.

Prime Minister Fumio Kishida said the quick reversal of the policy took into consideration Japanese nationals’ travelling needs. Kishida has been pushing to take strong precautionary measures after his predecessor Yoshihide Suga virtually lost his leadership position amid public criticism that his virus measures were too limited and too slow.

“I have instructed the transport ministry to fully pay attention to the needs of Japanese citizens to return home,” Kishida said.

The request had aimed to reduce Japan’s daily international arrivals to 3,500 from an earlier level of 5,000 to tighten border controls as the new variant spread around the world, officials said.

“The request, issued as an emergency precaution, triggered confusion,” Chief Cabinet Secretary Hirokazu Matsuno told reporters Thursday. He said the transport ministry has retracted the request for a uniform stoppage on new bookings.

But a limit remains in place because the daily cap of 3,500 arrivals is being maintained. New bookings can be made as long as there is room under this cap, said transport ministry official Hitoshi Inoue.

Japan has already banned the entry of foreign nationals from around the world, except for spouses of Japanese nationals, those with permanent residency permits and others subject to special considerations.

They have reported two cases of the omicron variant, which was first reported in South Africa last week and had been easing social and economic restrictions after infections rapidly slowed since September.

The booking ban request was a disappointment for many people who were planning trips during the holiday season, including Japanese citizens living overseas hoping to return home for the New Year period.

Many on social media criticized the measure as too strict, and one user compared it to Japan’s feudal-era national isolation policy.

Much remains unknown about the new variant, including whether it is more contagious, as some health authorities suspect, whether it makes people more seriously ill and whether it can thwart the vaccine.