For some Muslims, hope, uncertainty after travel ban lifted in United States 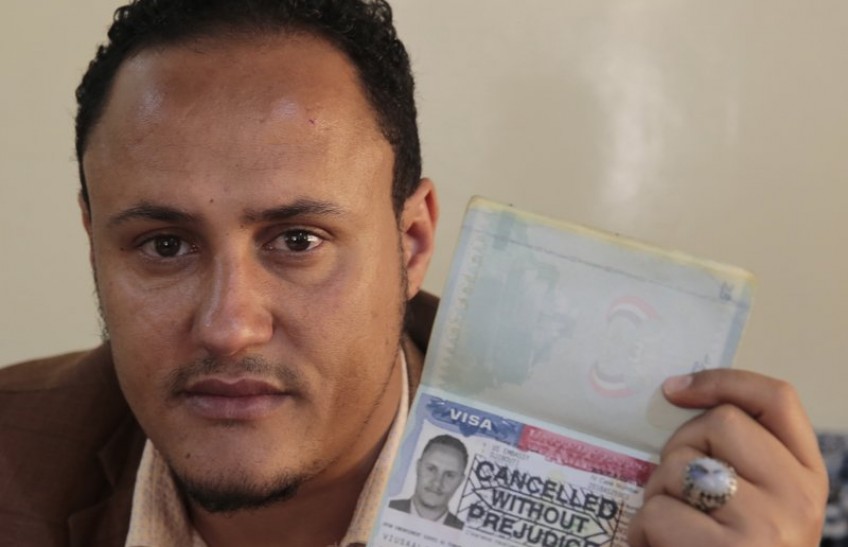 “The ban advanced the narrative that Muslims, Africans, and other communities of color do not belong in America, that we are dangerous threats,” said Mary Bauer.

Mohammed Al Zabidi celebrated in 2017 when he learned he had been selected in the U.S. green card lottery, which picks people at random from a large pool of applicants. It was a chance to escape his war-torn homeland of Yemen and pursue his dreams in the United States. “I won! I won!” Al Zabidi cheered. He borrowed money to finance his trip, bought clothes for his new life in America and packed souvenirs for friends there. With no U.S. Embassy in Yemen, he made a grueling journey to Djibouti for his visa interview.

But there, after he had been initially approved, his luck ran out: “CANCELLED WITHOUT PREJUDICE,” read the bold, black, all-caps stamp on the unused visa in his passport with a Trump administration travel ban on several Muslim-majority nations, including his, in place. “My family pinned their hopes on me. ... My mother wept; this saddened me the most,” he said. President Joe Biden’s repeal of the ban on Inauguration Day brought a sigh of relief from citizens in the countries covered by the measure. But amid the celebrations are tales of dreams broken, families separated, savings used up and milestones missed, from births to graduations. And for some, there are worries about whether their opportunities may be gone forever.

The lottery system requires winners be vetted and have their visas in hand by Sept. 30 of the year they are chosen, or they lose out. So Al Zabidi is left wondering whether he’ll ever make it to the States to start working there and repay what he borrowed. Many of those whose lives were upended must now navigate questions about backlogs, paid fees and travel restrictions due to the pandemic. Advocates for immigration and the rights of Muslims in the U.S. hail Biden’s decision, but also point to the work ahead to get lives back on track and roll back the ban’s legacy.

“The ban advanced the narrative that Muslims, Africans, and other communities of color do not belong in America, that we are dangerous threats,” said Mary Bauer, legal director of Muslim Advocates. “Ending the ban was just the first step towards changing that narrative. Next, the Biden administration must clear away other administrative immigration obstacles that are preventing families from reuniting.”

France To Close Its Borders To Arrivals From Outside EU