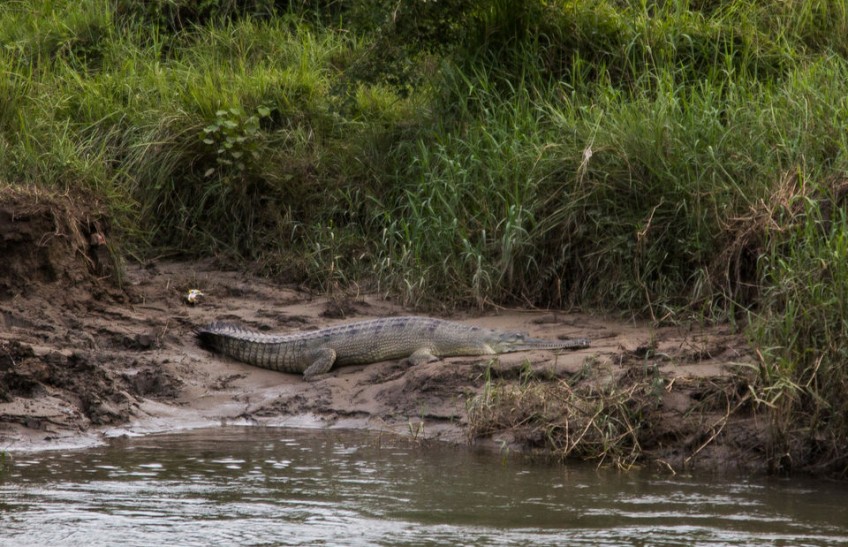 Crocodiles have an average lifespan of 60-70 years as a human.

The lack of potent male crocodiles in the Crocodile Breeding Centre at Kasara in Chitwan district has been a cause of concern for the officials in the Centre for it would lead to zero reproduction of hatchlings. There's only an old male crocodile here- aged 42 years- has ceased engaging in reproductive activities due to which as many as 300 eggs laid by a female crocodile in last April month could not be hatched, said Chitwan National Park's assistant conservation officer Bed Bahadur Khadka. The eggs collected from various river banks are hatched at this Centre which has a total of 656 crocodiles at the present and has set free around 1,600 hatchlings in various rivers so far, according to the Chitwan National Park. Although normally the male crocodile is found to be actively engaging in reproductive activities till 50 years, the 42-year-old year only male crocodile in the Centre did not help hatch any eggs this breeding season, according to Khadka. Crocodiles have an average lifespan of 60-70 years as a human. He worried that all the eggs in the Centre would go in vain if the Centre could not timely arrange a potent male crocodile for hatching the eggs. "The only male crocodile in the Centre could be suffering sperm related issues given his old age," opined Khadka, adding that there were not any veterinary doctors in Nepal to study and examine crocodile's sperm. The Park has already brought the issue to the notice of the concerned authority last July. Preparations were made to bring a male crocodile of reproductive age from Bardia National Park, informed Haribhadra Acharya of the Department of National Parks and Wildlife Conservation. Acharya said that they could bring adult male crocodile from India as well but the current situation was not favorable for the same due to the ongoing COVID-19 pandemic. Altogether five male crocodiles were reported in the Rapti River and the Narayani River but they could not be trapped and used for the reproductive purpose as those reptiles were yet to reach their reproductive age, added assistant conservation officer Khadka.

Wild Elephant Kills One in Sunsari

Decision to be made on Ranke-Rabi-Bhedetar Road

PM's Call to Recognize the Value of Himalayas

Loss of 'Snowbirds' Amid Pandemic Another Hit to US Tourism