Conservation of the rare one-horned rhino 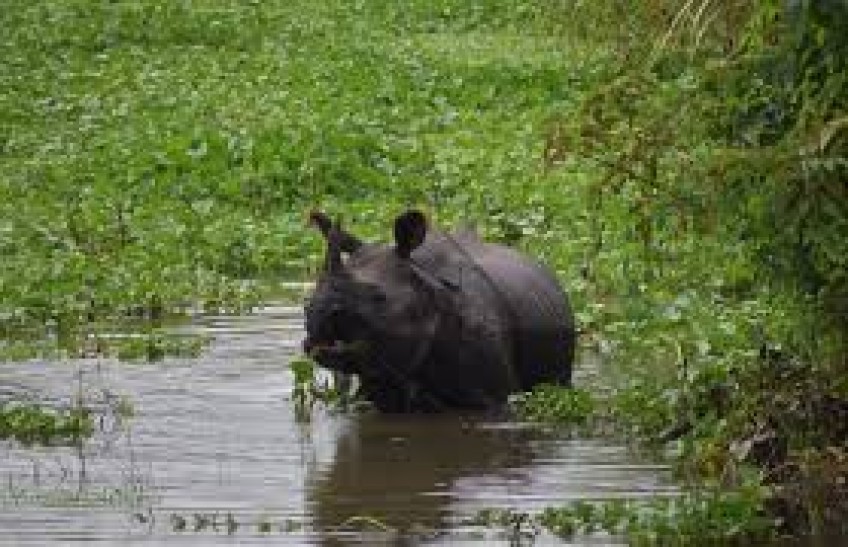 Conservation of the rare one-horned rhino is becoming challenging. It is so due to human encroachment and lack of interest towards its conservation.

Chief Conservation Officer of Chitwan National Park (CNP), Ananath Baral, accepted that it has become more challenging to conserve the one-horned rhino in recent days. He said, “Problems have surfaced in the conservation of rhinos as rhinos are attracted more to food crops planted on farms even if proper arrangement is made for them inside national parks.”

Baral further said that it would help in the conservation of rhinos if the crop system could be changed in buffer zones. Stating that the main habitat of the rhino is coming under human encroachment, he shared, “There will be problems in rhino conservation unless arrangement of alternatives is handled for those encroaching upon the rhino's habitat.” Complexities have also been faced in the conservation of rhinos due to the lack of implementation of commitment in practice, Baral added.

Similarly, former Chief Conservation Officer of the Park, Kamaljung Kunwar, who spent many years in rhino conservation, said that looking at history, data shows that poaching of the one-horned rhino has been on the increase every 10 years. Though incidents of rhino poaching decreased in 1970s to 1980s, it has been found on the increase in succeeding decades, added Kunwar.

He further said that attention should be paid as poachers always come with new strategies since they already know about Park Security Arrangement. Kunwar opined that government bodies should move ahead and collaborate with concerned bodies including people and media to save the rhinos.

Chairperson of Chitwan National Park Buffer Area Management Committee, Prakash Dhungana, said that it was impossible to conserve rhinos without support from all.  It is necessary to spread a positive message among people and making people’s representatives and political representatives aware of this. He argued that the first priority is always human beings, but the benefits of wildlife and international significance should not be overlooked. Dhungana further said, “We have received not only food, but also relief due to wildlife.”

Stating that people from weaker economic backgrounds have been found involved in poaching due to financial gain, he said that the financial status of people has to be uplifted to control poaching.

The highest cases of poaching were recorded during the conflict period. A total of 37 rhinos were killed by poachers in 2002. Though cases of poaching have decreased in recent years, challenges still remain. There is a provision of a maximum 15 years jail term and Rs 1 million fine or both on charges of killing a rhino.

As per the census carried out in 2015, there were 645 rhinos. Of them, 605 were in CNP. Chitwan National Park is famous for the one-horned rhino.  A large number of domestic and foreign tourists visit the CNP to see rhino.