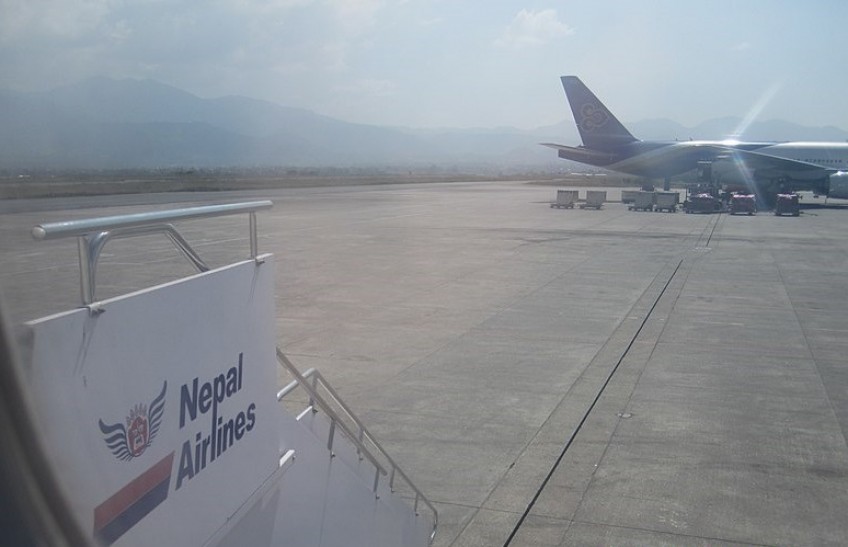 Of the one million COVID-19 vaccines pledged by China to Nepal, 800,000 doses arrived yesterday.

Of the one million COVID-19 vaccines pledged by China to Nepal, 800,000 doses arrived yesterday. The vaccine and the similar number of syringes were airlifted from Beijing to Kathmandu by a chartered flight of Nepal Airlines Corporation yesterday.

The vaccines were received by the officials of the Ministry of Health and Population. During a recent telephone conversation with President Bidya Devi Bhandari, Chinese President Xi Jinping had announced the donation of 1 million doses of COVID-19 vaccine. "As conveyed by His Excellency Xi Jinping, President of the People’s Republic of China, during the telephone conversation with Rt. Hon. President Mrs. Bidya Devi Bhandari on May 26, 2021, a consignment of 800,000 doses of COVID-19 vaccine arrived in Kathmandu yesterday," reads a press release issued by the Ministry of Foreign Affairs.

The remaining two hundred thousand doses of the vaccine are being provided to Nepal by the Government of the Tibet Autonomous Region of China. Accordingly, 50,400 doses of the vaccine and syringes have been handed over to the officials of the Ministry of Health and Population this morning, and another batch of 50,400 vaccines and syringes is scheduled to arrive in Kathmandu this evening. The consignment of remaining 99,200 vaccines and syringes will arrive in Kathmandu tomorrow.

The Government of Nepal has sincerely appreciated and thanked the Government of the People’s Republic of China and the Tibet Autonomous Region of China for providing the life-saving vaccines at this trying time, adds the release.

Lock Down To Be Continued For A Week With Slight Modification